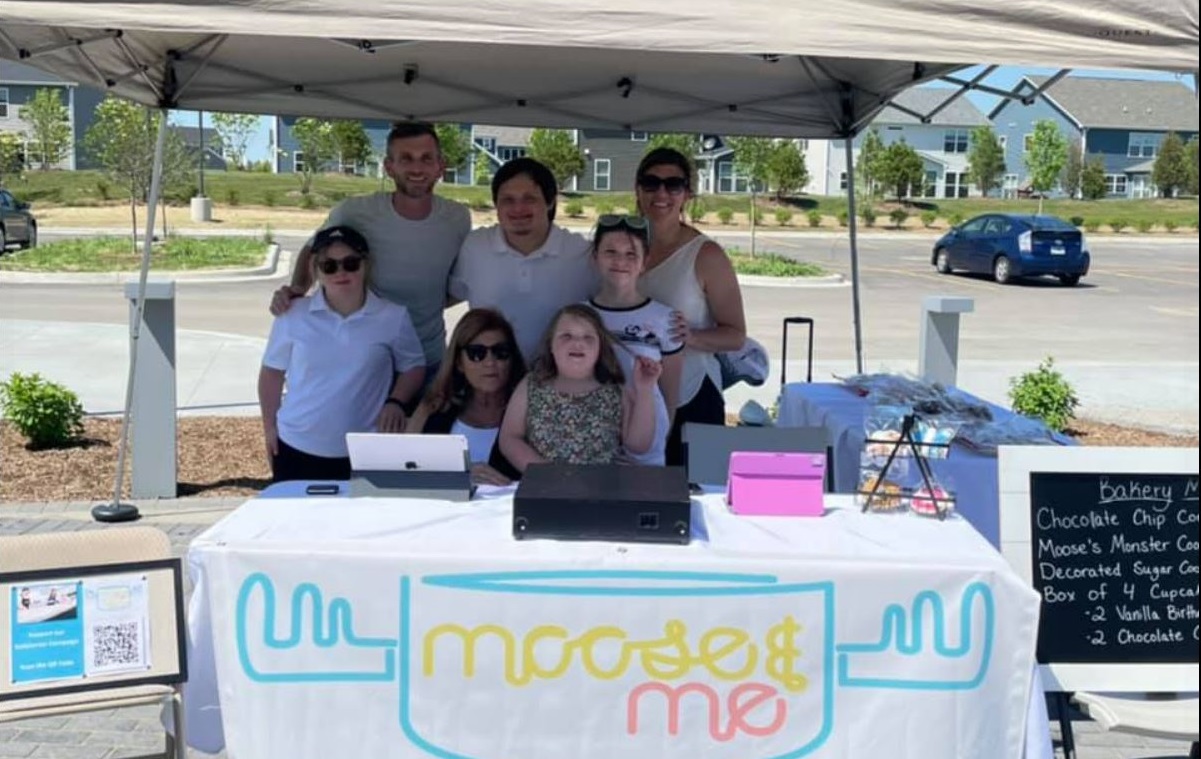 Recognizing that there are few employment opportunities available for those with disabilities, an Illinois couple decided to create their own. Megan and Justin Elder of Naperville opened Moose & Me Bakery as an inclusive workplace for people of all abilities, launching it on World Down Syndrome Day last year.

The couple has four children, including two adopted children with Down syndrome, and saw the need for inclusive workplaces in their own community. “When [people with disabilities] graduate out of the school system a lot of opportunities fall away. We wanted to fill that space in our community and have a place that is made for them where they can be comfortable and successful at their work,” Megan told ABC 7.

With the start of the pandemic, they brainstormed how they could put their time to good use, and came up with the idea to start a bakery where their daughters might someday be able to work. “As we looked big picture-wise at what we can do in our community, this was a way we could see inclusion within Naperville,” Justin told the Daily Herald.

The couple shared that the inspiration for the bakery and its name came from two of their children, Mila and Zoey. Mila, who has Down syndrome and is nicknamed Moose, shares a special bond with Zoey, and the two love to bake together. “We just felt like Mila represented a different community and Zoey represented the ‘me’ type of community that is out there as well and bringing those two together,” Megan said. “Zoey’s relationship with Mila and how she treats her and cares for her is something we wanted to just expand on for the rest of the community to see that.”

Currently, Moose & Me has two adult employees and a very busy schedule. One of their many projects included making special cookies for Down syndrome awareness in honor of World Down Syndrome Day on March 21. The $400 they raised was donated to National Down Syndrome Adoption Network. The Elders note that while both of their employees currently have Down syndrome, they are open to employing people of all abilities.

The Elders currently run the bakery from their home, but they have launched a Kickstarter with the goal of raising funds to open a retail storefront. A June 30 update from Megan announced that it looks like they will reach their $50,000 fundraising goal.