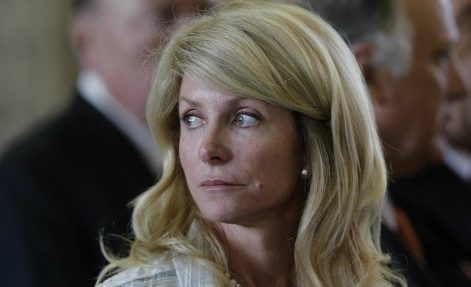 Failed Texas gubernatorial candidate Wendy Davis has announced her intention to run for Congress in 2020, a sign of growing confidence of pro-abortion Democrats in the state.

Wendy Davis is best known for her filibuster on the Texas Senate floor in 2013, which temporarily blocked protections for unborn babies. Although Senate Bill 2 was eventually passed and signed into law, her 13-hour filibuster drew national media attention, made her the darling of pro-abortion organizations, and became a focal point in the effort to turn the state “purple.” In 2014, Davis ran for governor against Greg Abbott and failed to garner more than 40% of the vote, losing to Abbott by more than 20 percentage points.

I’m proud to announce my campaign for Congress in TX-21!

I’m running to be a voice for every Texan who feels forgotten by a broken political system. It’s time to make Washington listen — will you stand with me? ✊ >> https://t.co/Uq5mspkToE https://t.co/NFiAXGFxs7

In the video announcing her intention to run, Davis ironically declared, “I’m running for Congress because people’s voices are still being silenced. I’m running for our children and grandchildren, so they can live and love and fight for change themselves.”

Davis will face incumbent Chip Roy, who defeated her in 2018 by three points. In a sign of high-profile national Democrat support, top House Democrats — including Speaker of the House Nancy Pelosi and Majority Leader Steny Hoyer — are hosting an event in Washington, D.C. to support Davis’s candidacy. In the first 24 hours of announcing her candidacy, Davis raised $250,000, according to the Dallas News.

In reaction to the news, Roy tweeted, “Wendy Davis’ radical & extreme views will no doubt excite the likes of Nancy Pelosi & other DC liberals. I will continue fighting for the hardworking families of #Tx21 & the commonsense values that make Texas everything Washington is not. #Life, #Liberty, & #PursuitOfHappiness”

According to the Star Telegram, Davis’ announcement video may have violated rules when using footage of her on the Texas Senate floor. “[S]enate policy prohibits political/campaign filming in the Senate Chamber. Permission to film was not requested and permission was not granted,” Patsy Spaw, Secretary of the Senate, said. It is unclear whether the Texas Senate plans to take any action in response to the violation.