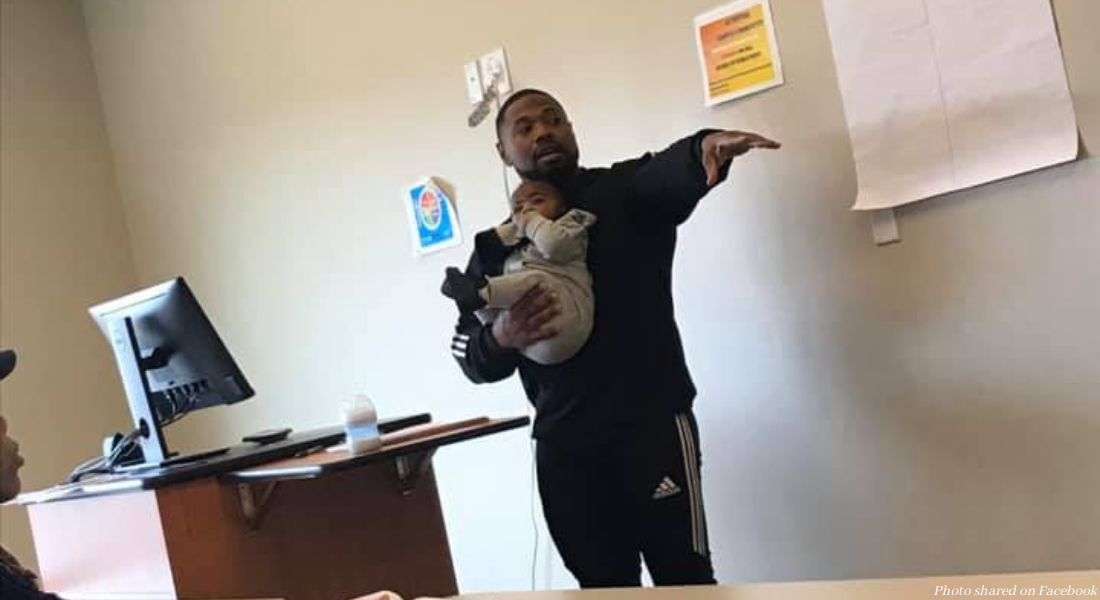 A viral video from January 2020 is becoming popular again as it shows how the kindness of a college professor made it possible for one mom to attend her college classes.

Imani Lamarr told ABC 6 that her upcoming graduation from Lincoln University in Pennsylvania is thanks in part to the help she received from one of her college professors. Lamarr’s son was born premature and had to spend several months in the NICU, forcing her to take a semester off of college so that she could focus on him. “It was really hard. Every day going to the hospital, seeing him and not being able to help him, it was hard,” she told the news station.

READ: MIT professor goes viral after he puts crib in his lab for student’s baby

After she returned to school, she wasn’t quite sure how she was going to juggle caring for her infant with attending class. At one point she told her professor, Dr. Aqeel Dix, that she had to miss a class because she couldn’t find a babysitter. “‘No.’ He told me no. And I was just looking at him like, no I can’t miss class? I don’t have nobody to watch my baby,” she said.

Instead, Dix told her to bring the baby along. “I’m not going to have one of my students miss my class because they have no one to watch their child. That’s just not an option for me,” said Dix.

Lamar was still hesitant to bring her son with her, afraid that he might disrupt the other students. Still, she needn’t have worried. Dix happily held the baby while he was lecturing, freeing up Lamar to take notes and focus on her studies. Dix told Yahoo Life that he comes from a big family, and he knowingly held the baby so that he could see his mother the whole time.

Dix didn’t realize it at the time, but one of his students recorded his actions. Dix later posted it to his Instagram page with the following caption:

It Takes A Village…. When my students need me, I’m there. Student came to me and said Dr. Dix I’m going to miss class. My reply, was why… She then says I don’t have a babysitter. I said yes you do, bring him to class I’ll take care of him.

I always say, we as educators are more than our title. I will never have a student miss class because they have no one to keep their kids. I will hold Dr. Dix daycare in the back of my class before I allow them to miss class. Days like this makes me fall in love with what I do. 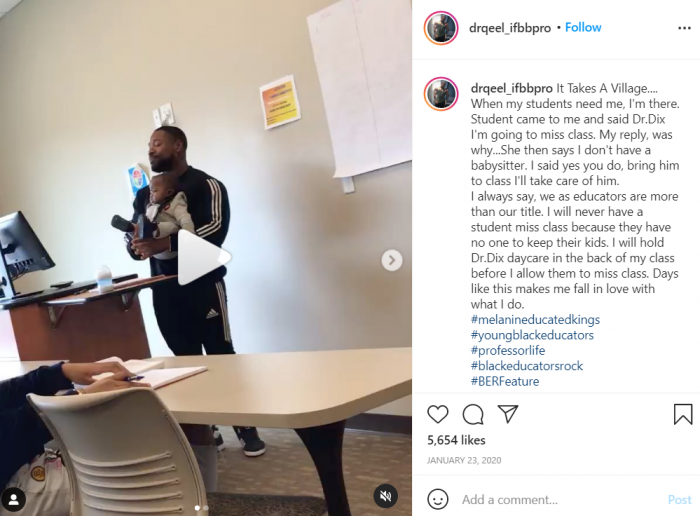 Lamar said that she was touched by what Dix did for her. “I never thought that it would come to that, and to have somebody who’s there for me…who really cares … it meant a lot,” she said. “You really don’t understand how much this meant to me.”