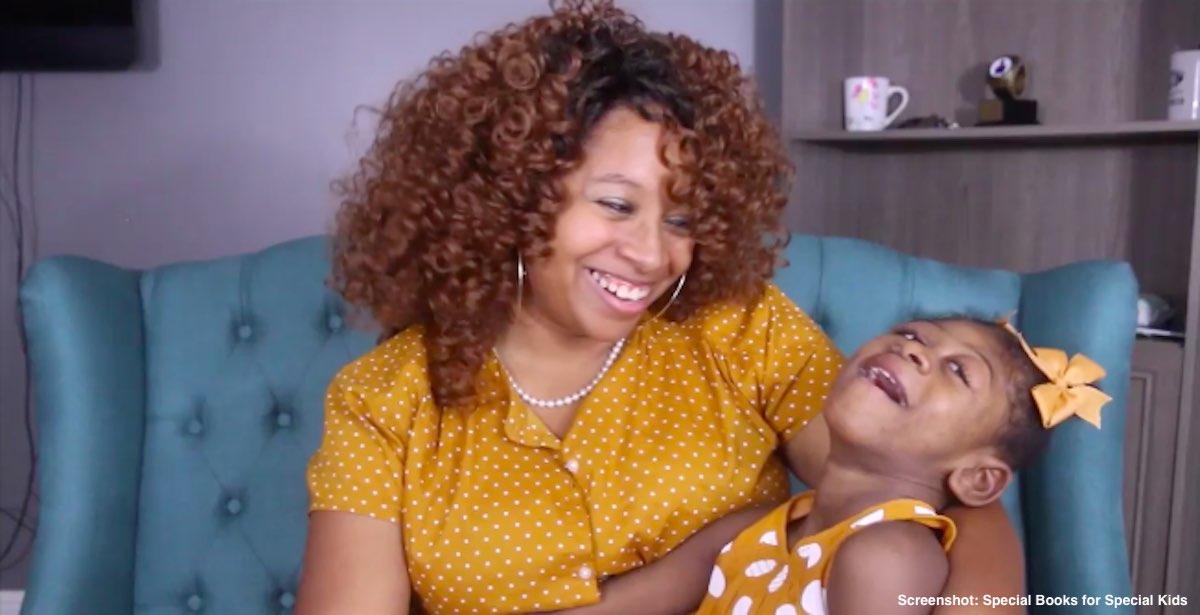 The parents of a little girl with a severe birth defect have been featured in a moving Facebook video about their life with their daughter—and it shows the overwhelming love they have for her. Payton Washington has a condition where her brain didn’t completely separate into two distinct hemispheres. In an interview with Special Books for Special Kids, Payton’s parents explained that she is the light of their family.

“Her diagnosis is holoprosencephaly; for short, it’s HPE,” Payton’s mother Shaney said. On her website, Washington said they didn’t know about her diagnosis until Payton was about a month old—and she blamed herself. HPE causes developmental delays and motor delays, and various other health conditions can be associated with it. Severe cases are fatal. Initially, Payton’s dad said the doctor told them that she might not have a personality.

“But this girl, this young lady, is so full of like, energy, and life, and smiles, and giggles,” Corwin, Payton’s dad, said. “I’m so happy that she’s exactly who she’s supposed to be.” Shaney added, “She loves when I call her hunny bunny. Hi hunny bunny! And I get like a little squeaky voice.”

Throughout the video, Payton can be seen reacting to her parents’ voices, smiling, laughing, and sometimes crying, clearly proving doctors wrong about her supposed lack of personality. Another video showed her saying “mommy” for the first time, one of many exciting milestones.

“I remember the first time she smiled,” Corwin said. “It just so happened Shaney was standing over her with a camera, and got the picture.” He also explained that though Payton is non-verbal, she still participates in conversations, reacting and giving cues with her eyes. “Sometimes she can look at you,” he added. “My daughter has piercing eyes sometimes, where it just feels like she’s looking through into my soul.”

Shaney explained that, like any child, Payton cries for different reasons; sometimes she wants attention, and other times she’s tired. “I use a kiss as a tell to see how significant the issue is,” Corwin added, explaining that if she stops, he knows she’s crying just for the sake of it.

She also is able to communicate through the movements she makes. “When she’s trying to get your attention, she will hit you,” her mother Shaney said with a laugh.

Disability is often seen by many people as something to be avoided at all costs, as a fate worse than death—which is why so many people with disabilities become victims of abortion and assisted suicide. Yet for the Washingtons, Payton is a blessing. “I’ve always wanted a little girl,” Corwin said. “And I’m so happy I got this little girl. Just being her father is such an honor.”

As all parents do, the Washingtons think often about Payton’s future, and what it will look like for her. “The moment I’m really living for—like our first milestone—is when she says, ‘Dad, I want to have a tea party,'” Corwin said. “And I’m like, ‘You know what? I’m going to go buy you a tea set right now, and we’re going to have all the tea that you want!'”

For the Washingtons, Payton has brought more meaning and love to their lives.