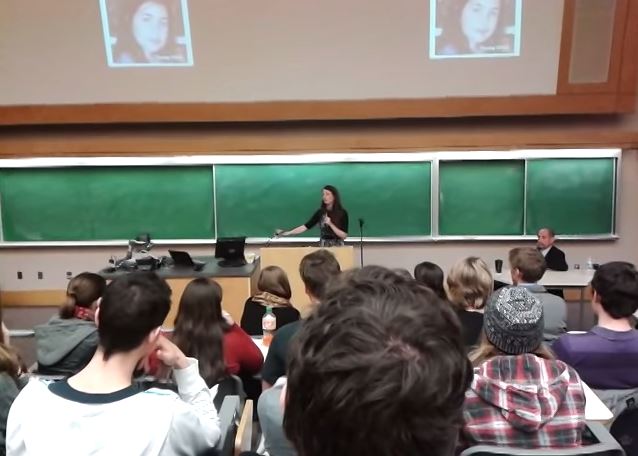 A University of Victoria abortion debate was interrupted by pro-abortion hecklers who did not feel that abortion “was up for discussion.” As a result, they crowded into the back of an auditorium where pro-life Stephanie Gray was engaged in peaceful debate with UVic professor Eike-Henner Kluge, who took the pro-abortion position. The debate was sponsored by Youth Protecting Youth (YPY), which is UVic’s pro-life student group.

The hecklers received a surprising rebuttal from an immigrant whose stance on abortion wasn’t even mentioned. For her, the fundamental right to free speech was threatened by the pro-abortion heckler’s refusal to let Gray speak. Watch her testimony (which starts shortly after the 1-minute mark) below:

When the hecklers tried to defend their interruption, she responded:

People can think freely. You need to realize that you cannot control the minds and the thoughts of billions of people… we’re all here to support each other and just listen.

The situation got so ridiculous that even Kluge, who represented the pro-abortion side, said, “Against stupidity the gods themselves fight in vain.”

We’ve seen this unfortunate but telling trend explode lately. Radical abortion supporters don’t think anyone should debate abortion. Abortion is an issue, they say, that is not up for discussion.  And it’s no wonder why these so-called “feminists” don’t want people talking about abortion, since talking about abortion – even in the context of a debate – is a powerful means of winning over pro-choicers to the pro-life side.