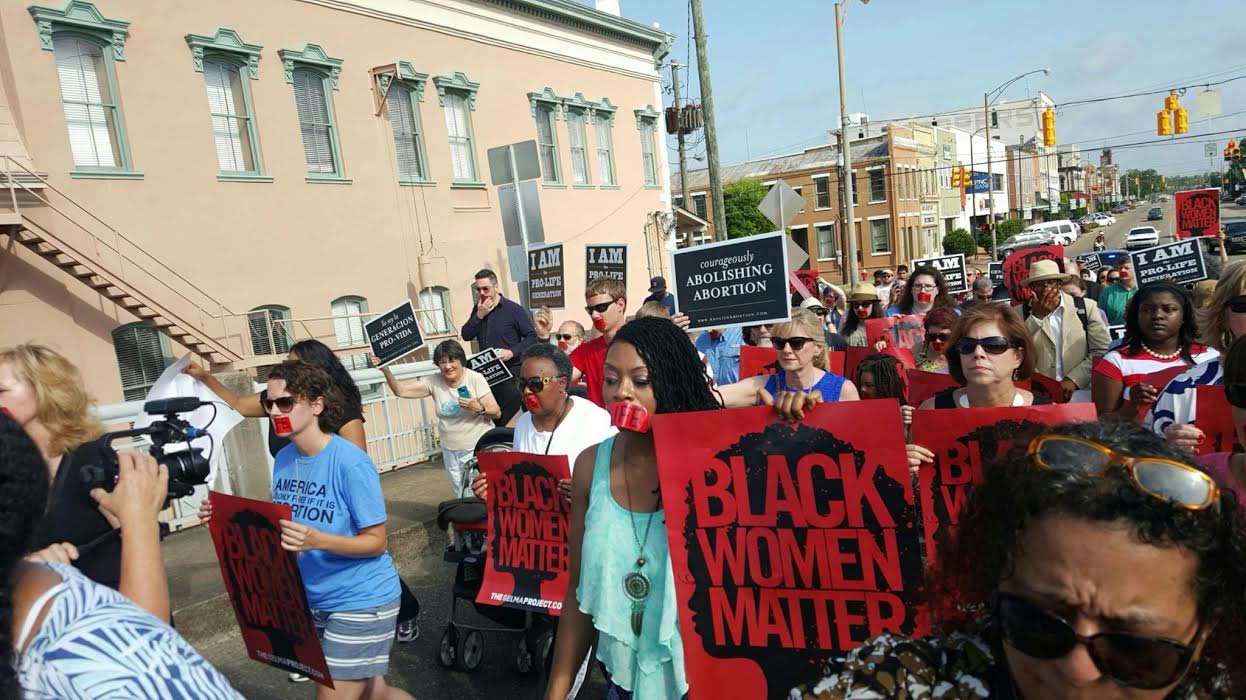 I recently returned home after taking a powerful trip to Selma, Alabama.  I went to that historic city with Black pro-life leaders such as Alveda King, Catherine Davis, Star Parker, Dean Nelson, Will Ford and more for a special event called the Selma Project.

The Selma Project was a two day event focused on calling attention to the illegal activity of a medical clinic in Selma, AL. The Central Alabama Women’s Clinic run by Dr. Samuel G. Lett is a medical facility that is believed to be exceeding the number of abortions allowed for a facility that is not a licensed abortion clinic.  A phone  investigation by CEC for Life, Operation Rescue and Life Legal Defense Foundation lead to an investigation by the Alabama Department of Public Health.

“We have repeatedly contacted the ADPH, the Board of Medical Examiners, and Governor Robert Bentley regarding Lett’s illegal abortion operation. No significant disciplinary action has been taken on behalf of women in Alabama, but there seems to be plenty of inaction on behalf of Samuel Lett. The Selma Project was organized to remind these state officials that every citizen’s life matters, and no woman in America should be subjected to a back-alley abortionist, like that of Dr. Lett.”

By state law any clinic that does 10 or more abortions in a month must be registered as an abortion clinic. Although the ADPH investigators said they could find no evidence the clinic was exceeding their limit of allowed abortions, pro-life leaders say otherwise.  Father Terry Gensemer told the Selma Times Journal that he knows the clinic is performing more abortions than allowed because people in the community have let him know  what is truly going on. Catherine Davis, leader of the Selma Project told the Selma Times Journal:

“if they (investigators) had simply sat in front of his clinic when the complaint was first filed they could’ve seen for their own eyes women going in pregnant and coming out not.”

In protest of this illegal abortion clinic,  pro-life leaders held a rally on June 19th at Christ the King Church in Selma. The rally had powerful messages from a number of speakers. Charmaine Yoest, president of Americans United for Life spoke a short message called, “Legislative Models- Enforced or Not” and Dr. Freda Bush, a pro-life OBGYN  spoke about the victimization of women by abortion doctors.

The following day June 20th, a walk was held across the famous Pettus Bridge. The Edmund Pettus bridge is well known for being the place Dr. Martin Luther King.Jr, John Lewis, A.D King and other civil rights activist marched across for voting rights.  Blood of the civil rights activists was shed on that bridge when police assaulted activists in a day now known as ‘Bloody Sunday’. After we marched across the Pettus bridge a press conference was immediately held. Here is the video footage I took of Star Parker, Alveda King and Catherine Davis speaking out against the clinic and calling for justice for women and families in Selma, AL.  We came to Selma to pray, march and protest. Now it up to the authorities and the health department to do what is right and protect the women and families in that city.