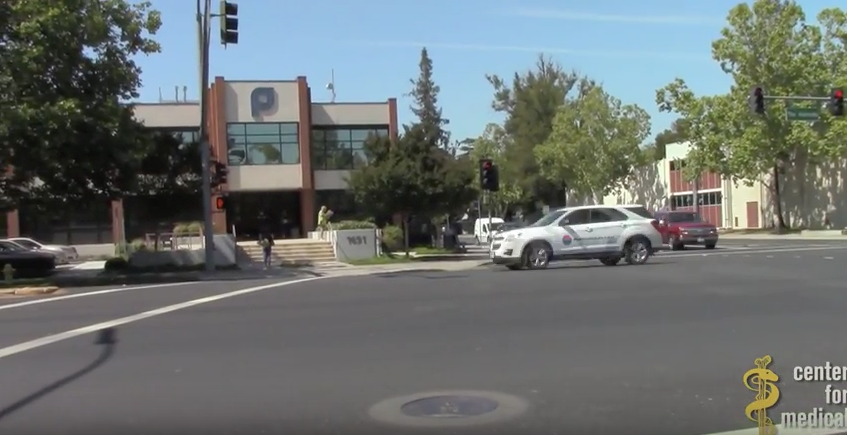 O’Donnell described being called by her supervisor Jessica to observe an aborted baby who barely fit into the “pie dish.” According to previous videos, babies are harvested in actual pie dishes. Here’s a screenshot from Video #4, taken at Planned Parenthood of the Rocky Mountains in Denver…

A pie dish is typically 8-9″ wide. So an educated guess would place the baby O’Donnell described anywhere from 19-21 weeks gestation.

O’Donnell’s supervisor was able to restart the baby’s heart by stimulating it with an instrument, which the supervisor found “kinda cool, kinda neat.” So the baby was almost certainly aborted alive.

An intact brain was on StemExpress’s shopping list that day, so O’Donnell was instructed to cut the baby’s face in half from the bottom up to get to this one, which she dutifully did but decided at that moment she’d gone a step too far and would soon be resigning.

Meg Mott at Huffington Post laments that CMP’s videos have transformed “legitimate debate” and “reasonable argument” about abortion to “a spectacle that chills all speech”:

On the one side, there is the unprotected fetus, abandoned by its host. On the other side, there is a merciless corporation, trafficking in human flesh….

What’s striking about the most recent video is that the “sting” involves making Planned Parenthood fit the bill of a ghoulish profit-driven corporation, as if no other U.S. corporation trades in human misery.

Yes, everyone’s doing it, so that makes it ok. It makes it ok for StemExpress and Planned Parenthood to cut the faces of aborted babies – perhaps still live – in half to retrieve a brain. Sorry to be “ghoulish” about it.

This video gives a glimpse of what to expect in future videos.

First, the video shows footage from a conference (beginning at 4:50), which can’t be a National Abortion Federation conference, since NAF is in the process of suing to keep whatever video may have been shot at apparently multiple NAF meetings from being aired.

Second, this video indicts two other fetal tissue procurement firms as potentially being involved in trafficking of whole or parts of babies who were aborted alive, Novogenix and Advanced Bioscience Resources…

There are so many there’s there.

Planned Parenthood has potentially violated a host of federal laws in revelations its own senior staff have made in these videos – not just laws against making a profit from selling baby parts but also laws against partial-birth abortion and even infanticide.

Indeed, for five weeks now Planned Parenthood has steered clear of any conversation involving partial-birth abortion, because it has no defense against what its Senior Medical Director, Deborah Nucatola, admitted in Video #1 (also included in today’s video), of committing pba to get an intact “calvarium,” or head, at the risk of getting “ghoulish.”

Congressional and state investigations of Planned Parenthood need to delve into other areas as well as fetal tissue trafficking, up to and including post-born murder.

(Editor’s Note: This article originally appeared at JillStanek.com and is reprinted here with permission.)