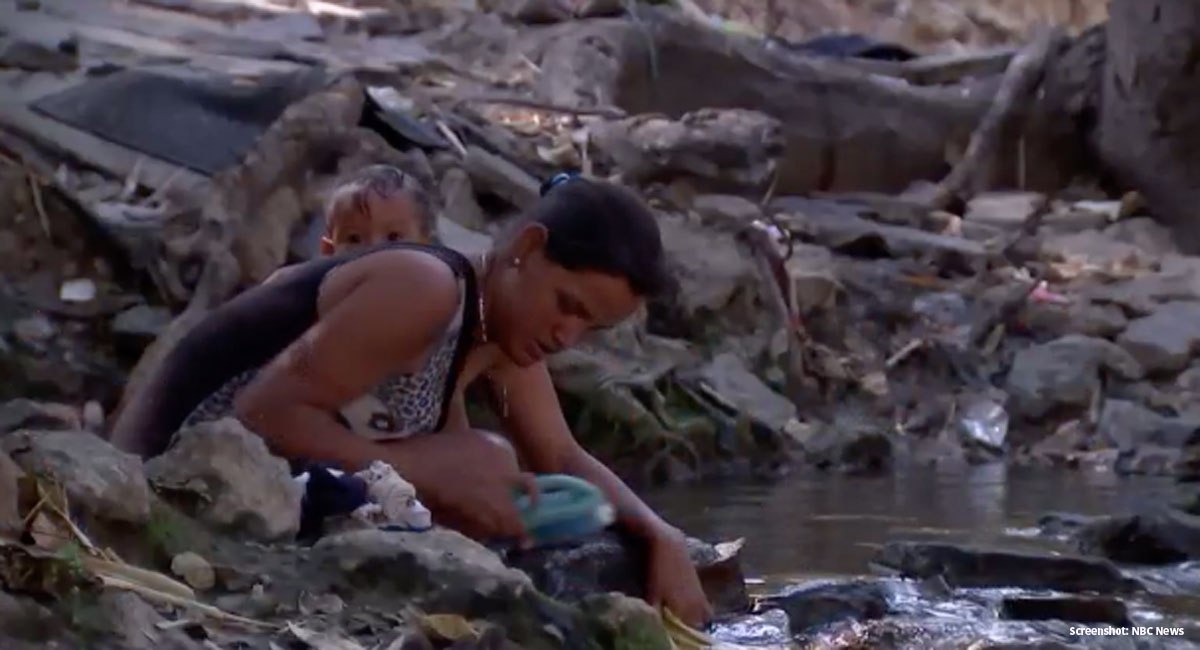 Venezuela, once an economically thriving country with massive oil reserves, has been so badly mismanaged that the country is in economic and political collapse, with extreme hyperinflation devastating the once-affluent country. Now, rolling blackouts that began March 8th are decimating the hospital system, and women and babies are bearing the brunt of the effects.

On Saturday, NPR’s Ari Shapiro reported a heartbreaking scene from the border city of Cúcuta, Colombia. Shapiro noted that “in this crowd of thousands of people, there is a disproportionate number of pregnant women and mothers carrying newborns.” And indeed, the crisis in medical care has severely affected pregnant women and babies. Many hospitals are, like the rest of the country, without running water, medicine, and electricity. They are unable to sterilize instruments, and there is no sanitation at all. Patients who come must bring a list of medical supplies in order to be treated. Doctors for Health has reported on Twitter that about half of the surveyed hospitals are dealing with failing generators.

At the start of the blackouts in early March, a video emerged on Twitter that showed hospital staff hand-pumping air to a baby in the ICU who requires oxygen during the blackouts:

A rough partial translation of the above tweet reads, “The soul hurts and the heart starts to see this injustice and cruelty with which the dictator treats his people. This gives breathing to neonates in ICU after about 24 hours…. Venezuelan brothers, my tears are for you….”

This lack of medical care is especially critical for preemies who require access to steady electricity to run machines that breathe for them, feed them, and even in some cases pump blood through their bodies. In addition to the above-mentioned video on Twitter, CNN reported the story of an unnamed baby girl whose mother brought her to the hospital feverish and restless. Doctors wanted to test for meningitis, but no tests of any kind — imaging, blood tests, etc — were possible, and no treatment was available to her. Doctors were left to improvise care as best they could.

Pregnant women and their pre-born babies also suffer horribly without basic medical care. Some lucky few are able to flee to Colombia, making dangerous crossings across a border closed to all except pregnant women, the elderly, and school children. The crossings are controlled by violent gangs and paramilitary groups, and are often subject to dangerous forces of nature. Rape and other violence against women are common at the crossings.

The Independent spoke to Rocio Ureina, who is nine months pregnant. She said that she crossed the border illegally because her friend could not. “She was pregnant and needed to have surgery but she could not cross and died,” Ureina said. “She had been to the hospital [in Venezuela] but nobody did anything for her and she did not have any money to go to another hospital. The baby died inside of her and then she died.” Even before the blackouts, maternal deaths had risen by 65% between 2015 and 2016.

The scene in Cúcuta is desperate, a mini portrait of the rest of Venezuela. With the collapse of Venezuela’s currency, women are selling anything they have in order to survive. One common practice noted was women selling their own hair to make wigs. And without an apparent solution on the horizon, the picture is likely to get worse in the coming weeks and months before it gets better.

Editor’s Note: Recent news indicates that the Red Cross may soon be allowed to distribute aid in the country. For more information, visit RedCross.org.