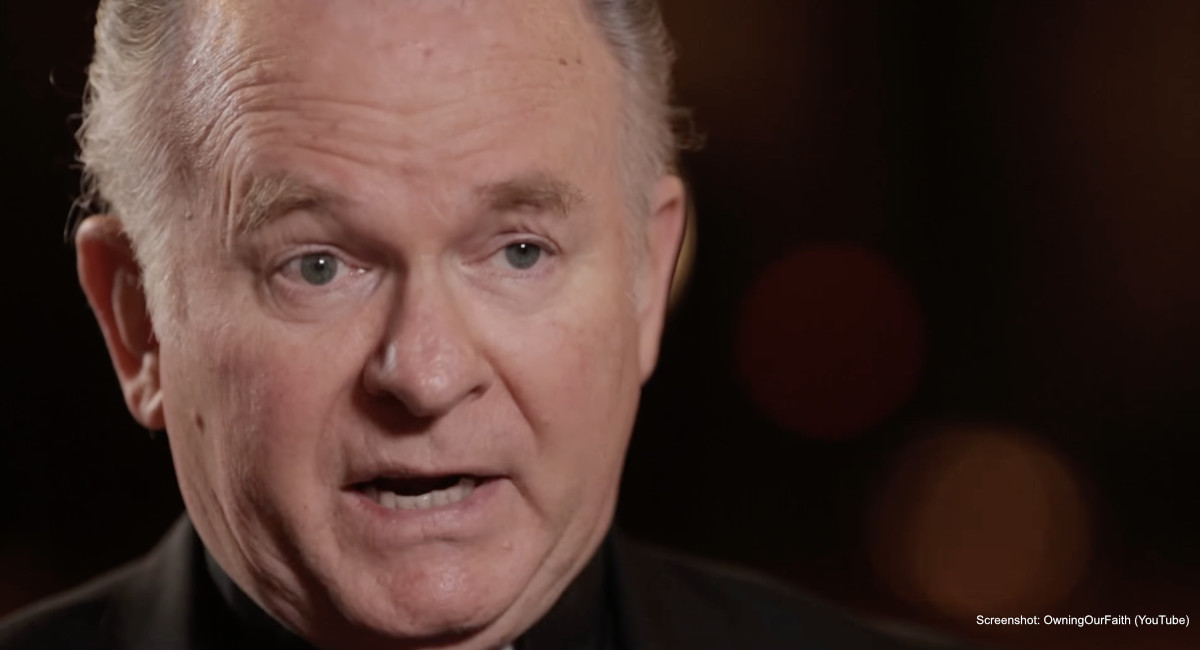 Former U.S. House chaplain Fr. Pat Conroy, a Jesuit priest, is in the hot seat for comments he recently made, published in the Washington Post on January 5. Conroy claimed it is possible to be “pro-choice” and Catholic, even intimating that this is the “correct” Catholic position. In attempting to validate his claim, he made several misrepresentations, going so far as to butcher both the 2,000-year-old teaching of the Catholic Church and the theology of Aquinas – a 12th-century priest and philosopher, considered a Doctor of the Catholic Church.

Referring to abortion, Conroy said, “[W]omen in our system have this constitutional right[.]”

This is a flat-out falsehood. Nowhere in the U.S. Constitution is there a delineated right to kill one’s preborn children. On the contrary, the Fourteenth Amendment says that states may not deprive anyone of life without due process, nor deny them equal protection under the law. Abortion is a clear violation of these provisions.

“[A] pro-choice Democrat isn’t a pro-abortion person,” said Conroy, implying that one could be the former without necessarily being the latter. This is disingenuous.

One definition of the word “promote” is: “[T]o encourage or support something, or to help something become successful.” If one pushes for the ability to perform some action–any action–without legal consequences, that person is, by definition, promoting that action. If someone lobbied for the ability to legally “choose” to commit rape, we would rightly describe that person as “pro-rape,” whether or not they had personally raped someone.

Conroy is making a distinction without a difference.

“There is no debate, in my mind, about the tragedy of abortion,” Conroy commented to the Post. On the other hand, he said, “[the mother] is the one to make her choice; we should not make it for her.” He elaborates on this position, saying: “By the way, I want to know the American who thinks the government should take away their choice in any area of their life … It’s an American value that each one of us can choose where our life is going.”

He’s right about two things: abortion is a tragedy, and the right to self-determination is an American value – that’s a major reason why abortion is wrong. There are multiple “selves” involved in an abortion, which is the very act of one party robbing the other of self-determination. This subjugation of one person to another is not an American value.

There are many “choices” that are legally prohibited in any civilized society — the “choice” to steal, or abuse one’s children, or drive faster than the posted speed limit, to cite but a few examples. Someone can still violate the law, but not without consequences. Failure to prohibit certain “choices” — especially those that intentionally cause bodily harm to others — would be tantamount to endorsing anarchy.

Conroy postulates that “choice” is a Catholic value, too.

“Thomas Aquinas says if your conscience says to do something the church says is a sin, you are bound to follow your conscience. That’s Thomas Aquinas!” claimed Conroy. This is a gross oversimplification and misrepresentation of Aquinas’s actual theology on conscience; furthermore, Conroy’s suggestion that Catholics should support legal abortion is a rejection of 2,000 years of Catholic doctrine.

The belief in free will is indeed a Catholic teaching. But there is no Catholic doctrine stating that all choices are equally valid, or that nothing should be prohibited. Catholics are by definition people who believe in the prohibition of certain behaviors – the Ten Commandments are a list of prohibitions, and among them is murder. This is why the Church has always taught that abortion is wrong. The prohibition against killing the innocent comes directly from God – and we don’t get veto power over our Creator.

Aquinas did teach that people are bound to follow their consciences; but he did not say that conscience is an infallible guide. According to Aquinas Online:

[Aquinas] also believes that one has a duty to have a well-formed conscience, one that knows what the right thing to do is … Aquinas also believes that the Church is an infallible guide in faith and morals, so it could be argued that for one to disagree with the Church, ipso facto, shows one has not formed one’s conscience well …

To say that one is bound to follow an erring conscience is not to say that one is morally justified in doing any- and everything one is inclined to do. If every action was morally right just because one wanted to do it, it would be logically impossible to commit any morally wrong act; and this would empty “morally right and wrong” of any meaning. Moreover, everyone knows that certain actions by individuals just are morally wrong, and the individuals who did them are guilty of wrongdoing, despite the fact that the perpetrator thought it was a good thing. … In such cases, even an “erring conscience” does not justify or excuse the moral evil.

Clearly Conroy’s assessment of Aquinas’s teachings is misguided at best. And his comments force one to ask, if all choices are equally legitimate, why adopt a system of beliefs? Why be Catholic, or any other religion? But Conroy doesn’t connect those dots. Rather, he endorses “mak[ing] it possible for [a mother] to optimize her ability to make the choice” … whatever that means.

Some “choices” are wrong, and we usually make laws forbidding those choices. As a priest, Conroy knows the Catholic Church’s 2,000-year-old teaching on abortion. If he doesn’t agree with it, he should perhaps reconsider his vocation. Using his platform to subvert the teachings of the institution he claims to represent is underhanded, at best. And glibly distorting the philosophy of someone who championed those teachings in order to justify the brutal, ongoing slaughter of the innocent is plainly wrong – whether or not Conroy’s conscience concurs.