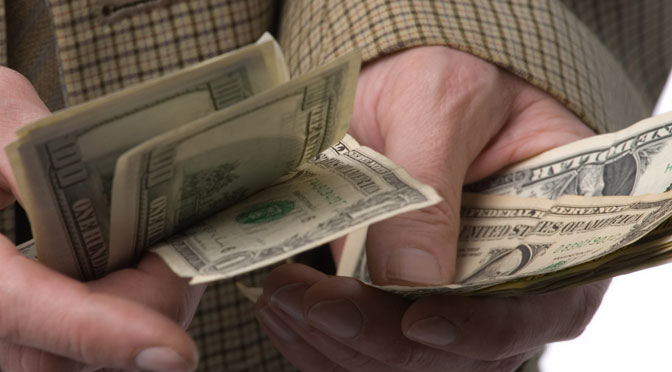 The number of Americans who self-identify as pro-life is very high, and most of them are philanthropic. In fact, about sixty million adults who give to some sort of cause also share a pro-life worldview. However, only about one in six of those generous adults engage financially in efforts to end abortion. And among those who do support the cause monetarily, the estimated contribution per adult is less than one hundred dollars per year.

A 2015 survey sponsored by Human Coalition and conducted by Russell Research explored reasons why so few life-affirming people are financially engaged in the effort to end abortion. The survey found that about half of Americans agree to varying degrees with the statement, “abortion is morally wrong.” But financial engagement among this segment of the population is poor — especially in light of the financial contributions pro-lifers are making elsewhere.

These ardent supporters of preborn children and their families are apparently not interested in financially supporting efforts to end abortion. According to the survey, the overarching reasons why pro-life believers do not donate to pro-life causes are a lack of conviction about their personal points-of-views; perceived challenges with pro-life organizations; and not prioritizing abortion enough to financially give to stemming it.

Though this group of people agrees with the pro-life worldview, their conviction about their view is not strong.  Other causes tend to take priority over ending America’s worst holocaust. Those that aren’t involved in financially fighting abortion shy away from being engaged because they don’t want to change others’ views (they don’t want the conflict), are not passionate enough about pro-life to get involved, don’t want to disclose their pro-life stance publicly, or know someone who was impacted by abortion.  The most popular personal reason why a self-identifying abortion opponent does not donate to a pro-life organization is they are not entirely certain their pro-life worldview is correct.

Other life-affirming people do not donate to pro-life organizations because rescuing babies isn’t as important to them as other causes. The resounding sentiment in this category is that the abortion issue has become irrelevant or is a lost cause, and that fighting it is a waste of time.

Curiously, a strong majority of pro-life believers who eschew financial support of pro-life organizations consider children the most important cause to support financially.  This suggests, among other things, that pro-lifers are failing to brand their organizations in a way that conveys the work they are doing to save children and families from abortion.

Indeed pro-life organizations are making historic and quantifiable progress in reducing the abortion rate nationwide; providing women with viable, life-affirming pregnancy options; and slowly turning the tide of public opinion against abortion.  The Russell Research survey suggests that these major achievements are being driven by the small sliver of activated pro-life believers — those who put their money where their heart is. This is at once awe-inspiring and convicting, indicating that better branding by pro-life organizations could help to close the gap between disengaged pro-lifers and pro-lifers who support the cause financially.