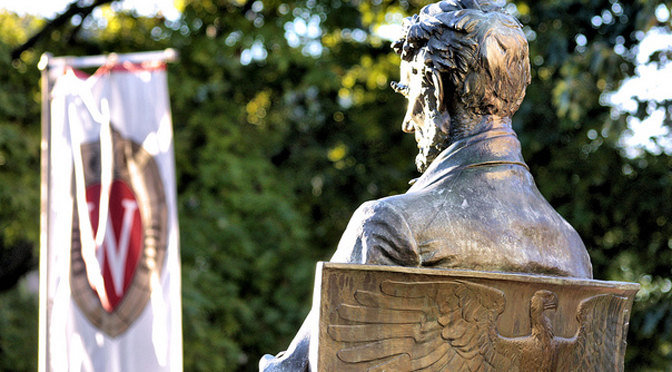 Last week, it was revealed that Colorado State University had been purchasing fetal tissue through StemExpress, a company named as a buyer of Planned Parenthood’s aborted fetal body parts. Dr. Shannon Kenney and a team made up of mostly UW researchers published a report in 2012 outlining the results of multiple experiments in which human liver and thymus tissue obtained from fetuses between 17 weeks and 20 weeks old were implanted into mice. The human fetal tissue came from ABR in California….

In the January 2011 edition of the Journal of Virology, Kenney and a research team published a report entitled “A New Model of Epstein-Barr Virus Infection Reveals an Important Role for Early Lytic Viral Protein Expression in the Development of Lymphomas,” that explained similar experiments that implanted human fetal tissue obtained from ABR in mice. According to that paper, “Human fetal thymus and liver tissues (gestational age, 17 to 20 weeks) were obtained from Advanced Bioscience Resource (Alameda, CA). Mice were humanized by following the procedure described previously”.

Another experiment Kenney and her team conducted for that paper involved injecting newborn mice with cells derived from human fetal liver tissue, a process that did not involve implanting fragments of tissue via surgery.

A 2013 study that Kenney and a team produced did not credit ABR with supplying human fetal tissue, but did explain that the tissue used came from unspecified “cadaverous sources.” Cells and fragments obtained from fetal thymus and liver tissues were transplanted or injected into mice to allow researchers to observe how certain stem cells create a type of graft-versus-host disease.

Last month, Life Dynamics reported that Planned Parenthood Federation of America’s Medical Director, Dr. Deborah Nucatola, is a University of Wisconsin-Madison graduate, and that the fetal body parts purchased by the university was obtained from various abortion clinics (including the Madison clinic run by Dr. Dennis Christensen):

A 1999 fetal pancreatic tissue study conducted by D.A. MacKenzie, H.W. Sollinger, and D.A. Hullet of the UW-Madison Department of Surgery studied human fetal pancreases (HFP) as a potential source of transplantable islets for the treatment of advanced Type 1 diabetes.

Wisconsin legislators are currently considering a law that would ban the use of fetuses or fetal body parts obtained through abortion from being used in “medical and scientific experiments.” MediaTrackers writes (emphasis mine):

“A ban on selling and using fetal tissue gets an Assembly Committee hearing on Tuesday. The sale of fetal tissue is already illegal nationally, but the bill would make it illegal for researchers to use fetal tissue in the state.”