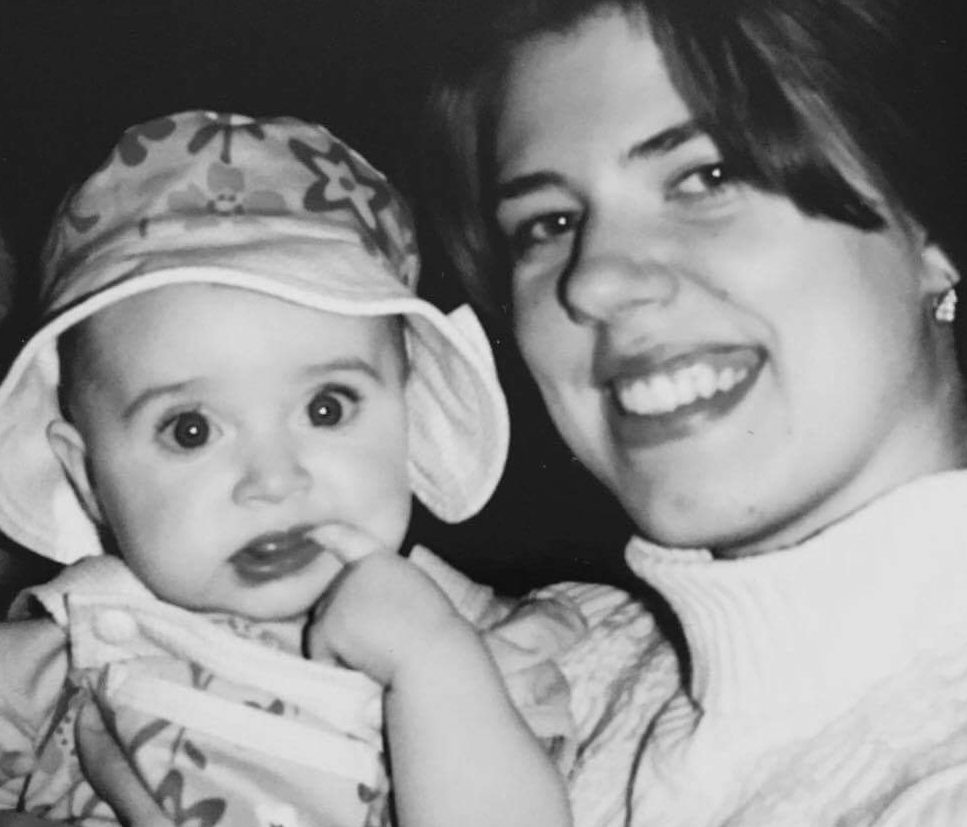 Kelly, a junior at a Christian university, was engaged to the love of her life. She played piano in a music ministry, and she and her fiancé, Greg Baker (who was studying to become a pastor), were also involved in a campus prayer ministry together. She had always known she wanted to be a pastor’s wife; that and one day becoming a mother were her heart’s deepest desires.

Then an unplanned pregnancy shook her to her core.

“No one suspected we were struggling with purity,” Kelly recalled to Live Action News. “We went to a crisis pregnancy center that offered free pregnancy testing. I immediately tested positive and about died of shock and panic. My fiancé was level-headed and supportive and with me all the way, even joyful! — but I was dying inside when I thought of the magnitude of what this would mean to our families and friends and reputations.”

When Kelly’s parents learned the news, they were stunned, given the fact that she had never really rebelled in her childhood. Kelly says they “were totally crushed, disappointed… at a loss for words,” because Kelly had always been what you’d call “a model child.” She says her parents’ view of her was as “a high-achiever, good Christian witness all my growing-up years, never rebellious, never in trouble, never difficult in school or at home.” And Kelly hadn’t dated much before she met Greg in college.

Kelly struggled with the weight of shame because she felt that she and Greg, in their failure to maintain sexual purity, had disappointed the people they cared about most. “It was awful! And I was acutely aware that I would be carrying my sin in plain sight for all the world to see for nine months,” she says. Still, she knew that abortion was not something she would consider.

She and Greg married within three months and moved into on-campus married housing, but not before they told everyone — “even the dean of students,” Kelly says — about the pregnancy. They could no longer be in leadership positions on campus, and Kelly says it was “obvious that everyone was terribly shocked and disappointed — siblings, college roommates, friends, extended family….” 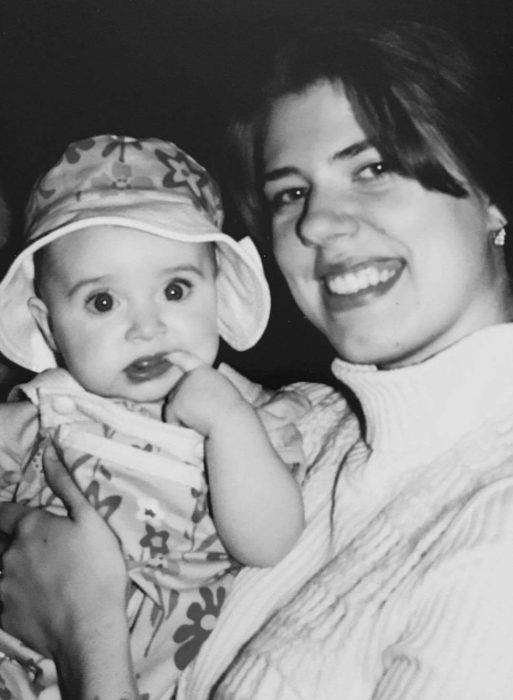 Then: Kelly Baker with her firstborn daughter, Jordyn

But while the couple expected judgment from the Christian community around them, they found that these expectations were far off the mark. Friends at their Christian college stepped up to support them, as did those back home. “We actually experienced a tremendous amount of love and kindness from family and friends when they got over the shock of the situation,” she says. “[O]ur friends and home churches all gave us bridal showers — and then nine months later they all gave us baby showers! It was amazing. They were so generous and I felt absolutely blessed by the people of God.”

“Even our college professors were wonderful,” Kelly says. “I had several who worked with me to make sure I could still graduate on time.” Greg had chosen to postpone his schooling, working full time to support their growing family while Kelly finished her degree.

Kelly says her husband’s parents “were wonderfully supportive, but that killed me because they had a reputation to lose because of us.” Greg’s father was a pastor, “and pastors with renegade kids can suffer a lot of judgment for things their kids do,” Kelly admits. “I was so grateful for their love and kindness, but felt terribly guilty at the same time.”

But Kelly’s greatest struggles were in trying to forgive herself and in accepting God’s forgiveness. She told Live Action News:

I felt like my life was over — our chances at being in the ministry were over — my reputation was destroyed — there was no chance now for an upright, respectable life. I had no concept of grace! My only joy during my pregnancy was marrying my husband. I was so ashamed I kind of retreated from life. I lived in shame and condemnation inside. Every look from every single person at my rapidly growing pregnant tummy made me cringe and feel for sure that they were judging and condemning me too.

Kelly admits that she was “never truly joyful” during her pregnancy, and “resented every single day” of it. But then, at long last, the day to deliver their baby girl came. “The day she was born… long, hard labor, totally exhausted, laying there in the hospital delivery room… and they handed her to me for the very first time.”

It was then that Kelly says she experienced something she never expected. “You know how in the movies there’s that moment where something amazing happens and everything in the background goes silent and fades away? That moment happened for me and this little baby girl,” she says.

“They laid this child in my arms and God said to me, ‘See what I make from your mistakes?? See the beauty I can create?’ And my heart completely melted and all my resentment toward this child faded away, and I loved that baby!… That was a miracle!”

But being a college student, a wife, and a new mother came with challenges. Kelly says, “It all hit at the same time and I often felt completely overwhelmed.” Still, through the challenges, Kelly says she learned about the character of God. “Motherhood taught me so much about how God loves me like His child.”

“Staying up all night long with a crying newborn and loving them with all your heart and knowing they will have no concept of your care or sacrifice for them until they are parents themselves,” Kelly recalls, were times in which she sensed God telling her, “I have loved you that much, too!” Watching her daughter take her first wobbly steps and then fall, she says, “I would hear God say to me, ‘See, I cheer you on, too, when you are trying, and I’m not mad at you!”

These parenting lessons, Kelly says, taught her that God was still with her, despite her mistakes, and that He was still calling her and her husband to minister and teach God’s Word. God was continually showing her, “I can redeem even this.”

Through their mistakes, struggles, life, marriage, and more, Kelly says she sensed “the love of God poured out on me through all these years, all these tiny little wavering steps of faith.” She soon found that the people in the churches where they served “desperately needed” the freedom that is found in Christ’s forgiveness, and that the struggles she and Greg had been through helped those people “to believe there was hope for them, too.” She says through her difficult experience, God allowed her to feel compassion for others, and “God used that to bring healing and hope to them and to me.”

Not long after Kelly and Greg’s first daughter was born, they had a second. Kelly’s dreams of being a pastor’s wife and mother were fulfilled beyond her greatest hopes. Through it all, Kelly says she learned that her story “is really about God. It’s about everything God did. He rescued me, gave me freedom, gave me hope, gave me the best husband, gave me back the gift of motherhood after I thought I ruined it, restored our calling into ministry, and has led us through 20 years of it.”

Their daughter, Jordyn, conceived in an unplanned pregnancy, “has become one of the most beautiful blessings in my life,” says Kelly. “We are very close friends and she is a delight to me and to everyone who knows her. It is an absolute joy to watch my daughter walk with God and not just be a good or successful or nice girl — but a fierce woman for God! Because God asked her to, she stepped out in faith and went to Ecuador to do mission work…. And she’s only 21 years old! My miracle baby — the one I didn’t want.” 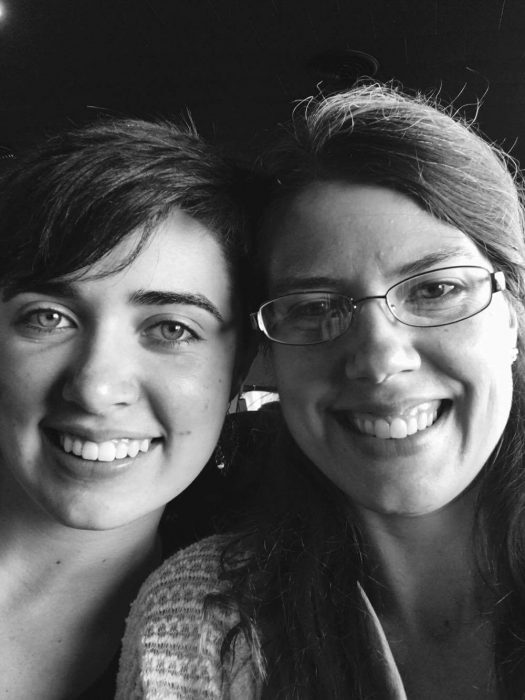 Kelly says that above all, what she has learned is that “God is the most loving, good, beautiful, miracle-working, life-giving, grace-lavishing God! He loves us so much! And no life, no situation, no bad thing is beyond His ability to turn it into something beautiful.”

Editor’s Note: If you are experiencing an unplanned pregnancy, are considering abortion, or need more information on available help and resources, click here.