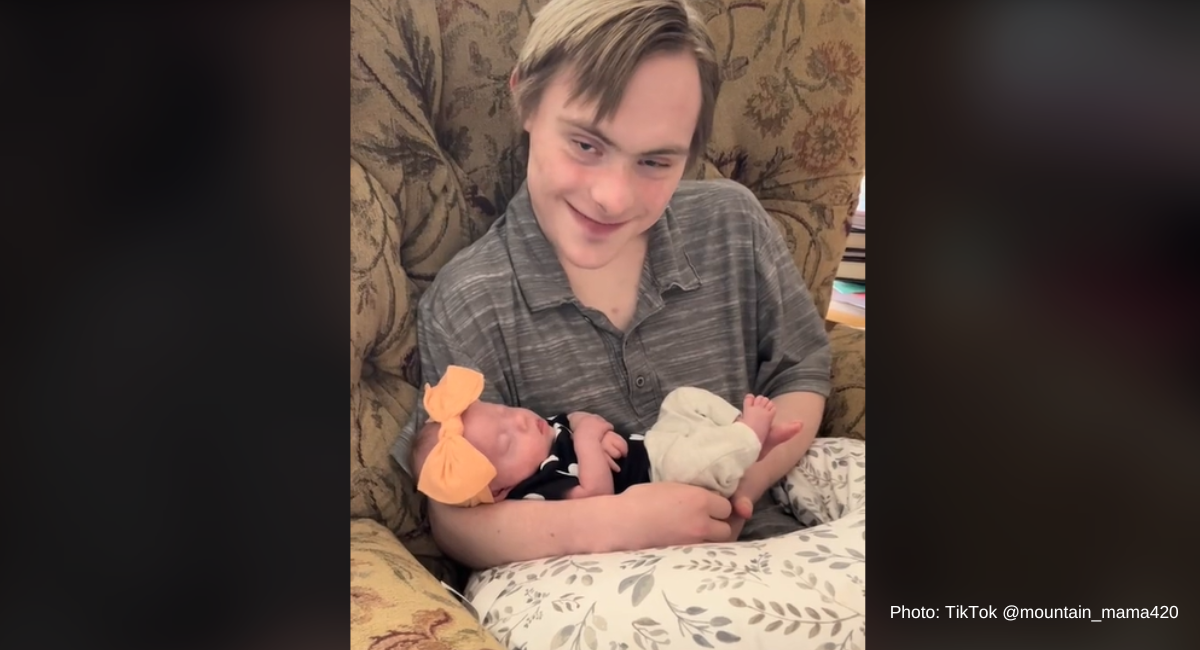 A woman’s TikTok video of her brother meeting his niece has gone viral, because it wasn’t a typical family meeting. The woman, Emilee, shared the moment her younger brother, Joseph, met his new niece Hazel. What made the first-time meeting even more emotional is that Joseph and Hazel both have Down syndrome.

Baby Hazel was born with Down syndrome and was premature, delivered at just 29 weeks gestation. In a previous video, Emilee shared how she learned Hazel would have Down syndrome while she was pregnant, and that she was asked if she wanted to have an abortion. She enthusiastically said yes to life, adding that “we wouldn’t have her any other way.”

Oddly, that video was removed from TikTok, but when Emilee reposted it, it appeared with a warning, claiming the video contains “sensitive content” and that some viewers may find it “disturbing.”

After spending over 60 days in the NICU, Hazel was finally able to go home, which is when she met her Uncle Joseph. “Such a pure moment,” Emilee wrote. “He was so excited to meet his new niece.”

Though the response to the heartwarming video was mostly positive, Emilee posted a follow-up video highlighting some rude comments, with one person writing, “If you know you have Down syndrome in your family, why would you have kids? Selfish people are sickening.” But Emilee didn’t hesitate to defend her family.

“Let me just educate you for a minute,” she said. “Down syndrome happens — mostly, it happens — when there’s a mistake during the cell division in early development of the fetus. It doesn’t ‘run in my family.’ My little brother [has] Down syndrome because my mom had him when she was in her 40s, and if you’re an older woman having kids, you’re at a higher risk to have a child with Down syndrome. I am 29, so it’s pretty rare that my baby ended up having Downs, but even if it did run in my family, I would still have kids! Because kids with Down syndrome are not a burden; they’re a blessing. And the only thing that’s sickening is the way your mind works.”

She also shared another video of her older daughter, Haven, who had been an only child for 10 years, explaining how she had originally worried about how Haven would react to not only having a younger sister, but a younger sister with special needs. And as the video made clear, Haven adores her baby sister, extra chromosome and all. In addition, Emilee shared that Haven also has a close relationship with her Uncle Joseph.

For Emilee, it seemed to be destined, as she wrote, “And now it all makes sense to me.”