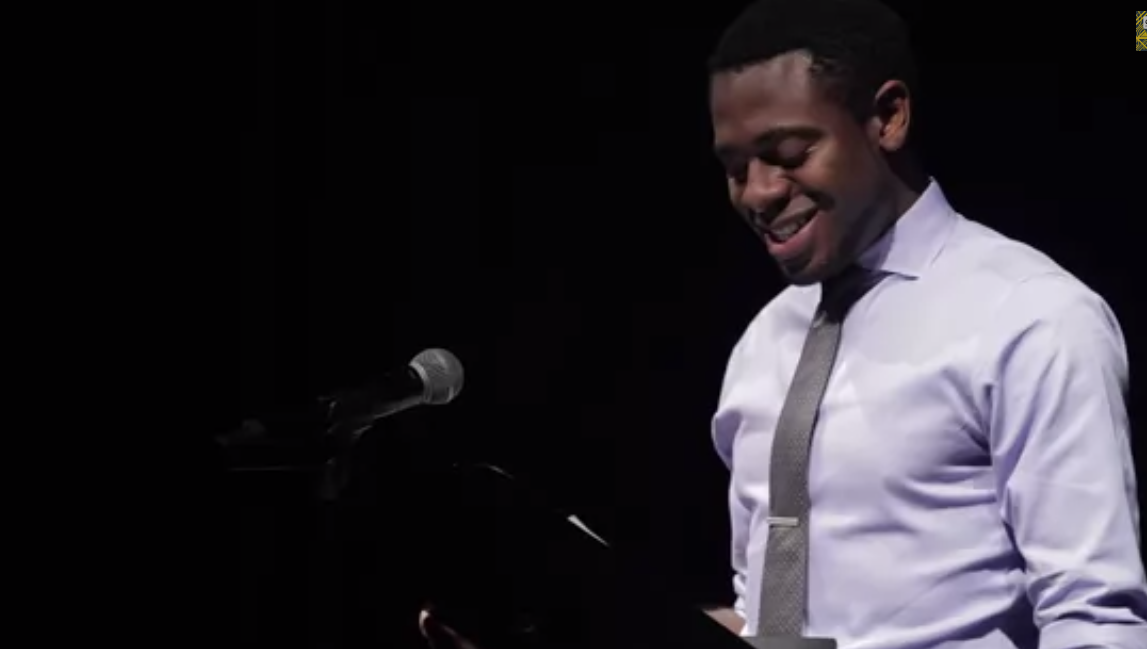 In October, 2013, Byron Sanders told a Dallas, Texas, audience the true story of how his wife’s life was saved by their unborn son. It’s a truly remarkable story – one that proves the humanity and value of the unborn, as well as their capacity for great love.

Over two months before little Bryce was due to be born, his mother, Celeste, went in for a prenatal checkup. That day, Bryce wasn’t moving around as much as he normally did, and the doctor decided that more monitoring was needed.

While it wasn’t supposed to be a big deal, the medical team ended up being quite concerned with what they discovered. Bryce’s heartbeat was too slow.

But also, Celeste was suffering from placenta accreta. This condition could cause her to bleed to death, and would require the removal of her uterus.

Bryce was delivered by c-section, and despite his underdeveloped lungs, he came out wailing bravely. Next, though, it was Celeste’s turn to fight for her life. And, as Byron believes, a big Someone and a little someone were also fighting for her.

Celeste’s condition was even worse than the doctor had expected:

The worst is placenta percreta, where the placenta grows through the uterus and begins attaching to surrounding organs. It’s extremely dangerous and extremely rare. One out of every 50,000 births. A high bleed risk has elevated to a potential breaking of the dam. Only a couple of decades ago, this was a death sentence. Today, if doctors are surprised by this, it’s still extremely life-threatening. Our doctors were surprised. …

They took her uterus and cut her bladder in seven different places. She lost her entire body’s volume of blood, and then some. They used 14 units of blood on her, when most adults only have 11. But she was alive. Eight hours of procedures later, with the work of eight surgeons, but she was alive. Praise God.

She would later tell me that I looked at her with a sense of wonder that made her a bit uneasy when they finally wheeled her out of the operating room and into the intensive care unit. And she was right. Based on what had just happened, I was wondering how our reunion was possible. Yet there she was, smiling. A mother of two with a brand new mama’s boy to spoil. I had one main person to thank: Bryce.

Byron shares that, after this near-death experience, Celeste came up with the perfect pair of middle names for their tiny son: Paul William, which means “small protector.” If Bryce’s heart rate hadn’t dropped that day, and if he hadn’t been so very still, the doctor likely wouldn’t have ordered the necessary monitoring that Celeste so desperately needed.

Who knows if either of them would be here today to tell the story?

As Byron puts it:

At nearly 4 years old today, [Bryce] has grown up to be the roughest, toughest fella who’s willing to challenge the law of gravity every chance he gets. He was fine. But he knew Mommy wasn’t.

I believe Somebody gave him a mission. “OK, listen here little buddy. I need you to do something for me. Your mom is in danger. But nobody knows it. If we wait, she’ll have to come home sooner than I want her to. The only way we can keep that from happening is for you to be very, very still. Can you do that for me? Good.” If you ask Bryce today if he remembers being in Mommy’s tummy, he’ll say yes. He’ll say, “God was with me in mommy’s belly. And he told me good job.”

I’ll say. He put his little lungs on the line and told the doctors the only way he knew how that his Mommy was in trouble. It’s just miraculous that everyone who needed to, listened.

Now that you’ve gotten a small taste, listen to Byron tell the whole amazing story himself in the video below.