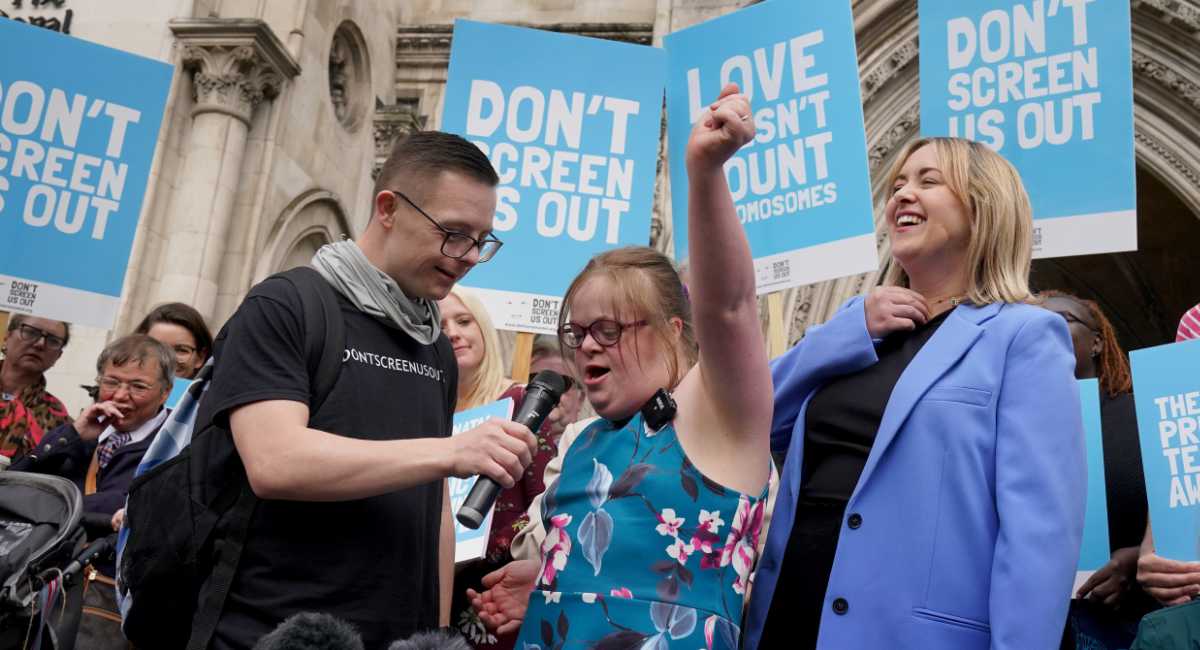 In the United Kingdom, abortion is restricted to the first 24 weeks of pregnancy, unless the child has a disability. Preborn babies can be aborted up until birth in the UK if there is “a substantial risk that if the child were born it would suffer from such physical or mental abnormalities as to be seriously handicapped.” This discriminatory law includes allowing abortion through all nine months of pregnancy for people with Down syndrome — and now one woman with the condition has another opportunity to end that law.

Heidi Crowter has been fighting to end this law along with Maire Lea-Wilson, the mother of a son who has Down syndrome. Judges had upheld the law, but on Wednesday, Crowter’s case was reconsidered by the Court of Appeal. Crowter’s attorney, Jason Coppel QC, said the language of the law is offensive and unacceptable, and discriminates against people with disabilities as being unworthy of life.

“In 2022, we live in a society where disabled people are valued equally after birth but not in the womb,” Crowter, who is married to James, a man with Down syndrome, told Sky News. “I hope that the judges will agree with me that this law is discrimination and needs to be changed.”

Julia Smyth, representing the Secretary of State for Health and Social Care, said, “The ultimate question which underlies this appeal is where society should set the limits in criminalising women for the choices they make in deciding whether or not to have an abortion. Obviously that raises profound social, moral and ethical questions and there are irreconcilable views on all sides of the debate.”

However, there is no right to an abortion, which is the homicide of undelivered human beings. A woman who has an abortion due to a diagnosis of Down syndrome had likely planned to have and raise her baby until she learned of the child’s condition. Doctors have been known to scare parents with outdated details about life with Down syndrome, helping to lead them towards aborting once-wanted babies for discriminatory reasons.

Crowter’s mother Liz suggested that instead of only listening to the OB/GYN, parents who receive the diagnosis should research Down syndrome themselves, talk to other parents, and meet someone living with the condition so they can see “the value of your child as a person made in the image of God, and that Down’s syndrome is only one extra chromosome.”

According to the BBC, the appeal was heard by Lord Justice Underhill, Lady Justice Thirlwall, and Lord Justice Peter Jackson, and the ruling has yet to be handed down.