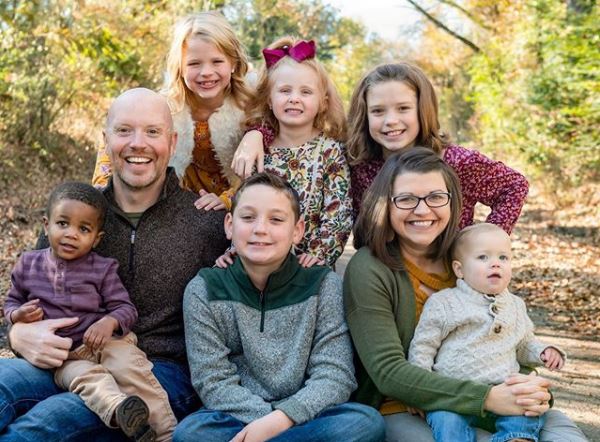 Eric and Mandy Godwin wanted to share the faith and joy of their adopted son Ezekiel — an abortion survivor — with their friends and church members. But now, the video of the sweet two-year-old singing along to a Christian worship song has gone viral on Facebook, amassing more than two million views.

Ezekiel is one of six children — three biological and three adopted. His mother Mandy founded and ran a pro-life pregnancy center for five years, and his father Eric is a pastor. Ezekiel is baby number five for the couple, and as Mandy said in the Facebook post featuring the video, he survived not one, but two attempted abortions.

The Godwin family was knit together unlike any other. Eric and Mandy initially struggled with fertility and then adopted their eldest son, now age 10, through a private adoption at birth when Mandy was just over four months pregnant with their first biological daughter. (Their first two children are just five months apart.) Then they welcomed their now seven-year-old biological daughter. The couple also has a five-year-old girl, adopted through foster care, who first came to them when she was seven months old.

Her birth mother, whom Mandy knew through the pregnancy center, had again succumbed to her drug addiction. She knew her baby was going to be taken from her so she called Mandy and asked if she would take the baby. The plan was for the birth mother to get off drugs and get her daughter back, but that didn’t work out.

Then came Ezekiel, who came into their family just five days before they learned they were pregnant with their sixth baby.

There’s a lot of Ezekiel’s story that his family doesn’t know. He was just two days old when they brought him home, and what little information they discovered in the paperwork included that his birth mother had tried to self-abort him twice at home.

Do you pray over your children? I really urge you to now, more than ever! Praying over our children is the most powerful thing we can do for them! In our house we pray every night for the Holy Spirit to fill them from the tops of their head to the bottom of their toes. We pray that they will stand firm on God’s truth and not let the winds and waves cause them to take their eyes off of God. We pray that the pressures of this world will only cause them to cling more tightly to His Word. We pray that they will be a light in the darkness and that others would know beyond any doubt that they love the Lord and are filled with His presence! And Jesus said to them, “Follow me, and I will make you fishers of men!” Matthew 4:19 #prayoveryourchildren #6kids #familyof8 #fostertoadopt #ourgodwinlife #bigfamily #holyspiritcome @jdrfishingadventures @realtreeoutdoors

“The second abortion attempt put her in labor so he was born a month early,” Mandy told Live Action News. “She was about 35 weeks at that point. We don’t really know why she went to the hospital unless she got scared. She was all alone.”

They also learned that even though his birth mother had been involved with drugs during her pregnancy, he has no trauma or delays.

“The fact that he survived is just a miracle,” said Mandy. “He is super bright. He always has that sparkle in his eyes.”

The viral video of Ezekiel was taken after he heard the song from upstairs and came bounding down to listen. His mother said he has always loved music and even at one-year-old he wanted his father’s guitar. But it is worship music that he particularly loves. 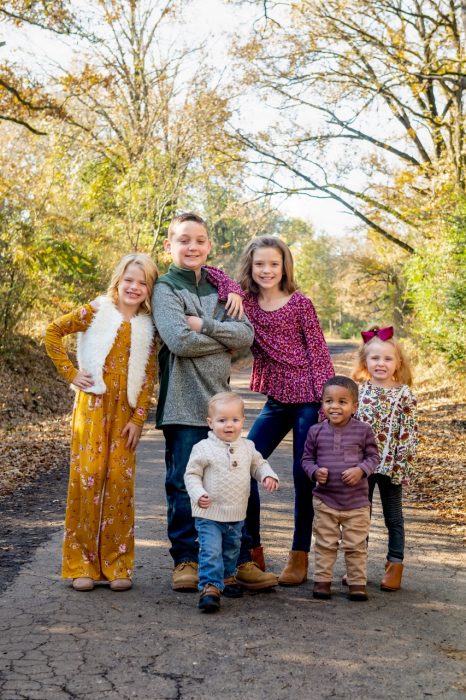 “He is definitely led by the Spirit. He loves “Raise a Hallelujah.” In his car seat, he cries because he wants to hear that song,” said Mandy. “We always say God’s gonna use him to lead music or something with music someday because he is just so drawn to it.”

The abortion industry is now pushing to allow at-home, “self-managed” abortions in which women self-induce abortions using the abortion pill sent to them through the mail. In the UK, this has already led to the deaths of a 28-week-old baby and two women. A baby born at 28 weeks has an 80-90% chance of survival.

Thankfully, Ezekiel’s birth mother sought help and her son survived to bring light and joy to the world, and perhaps his story will encourage other mothers to choose life.