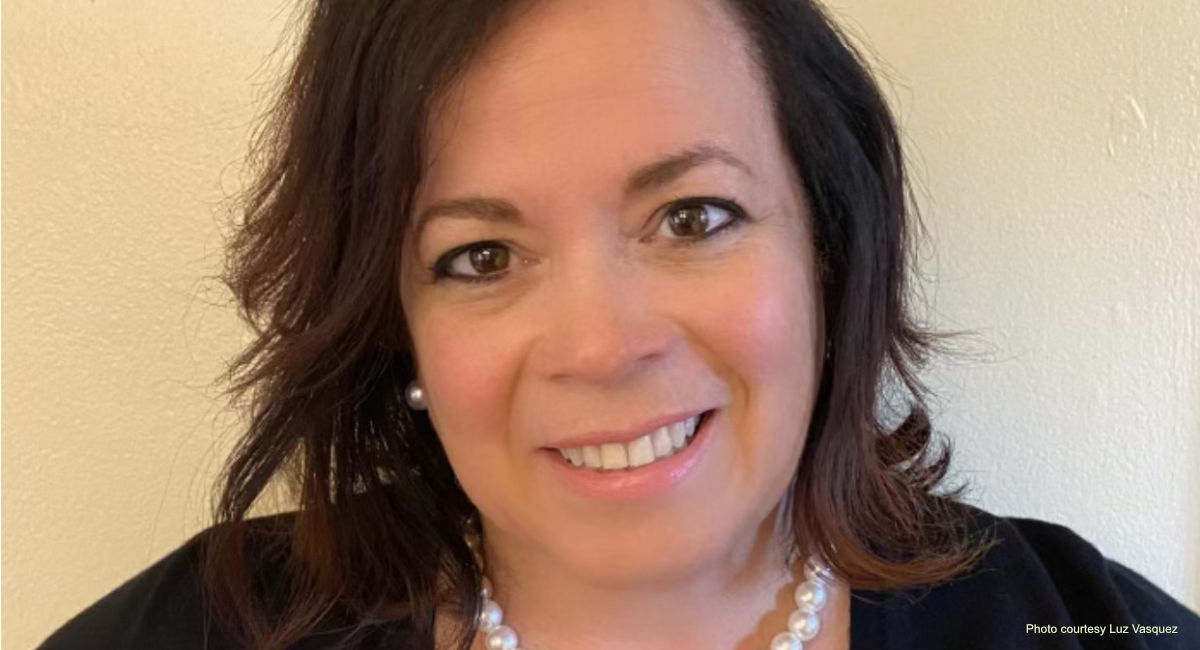 Luz Vasquez grew up a in pro-life Christian home, but as she matured, she became disconnected from her faith. When the single mother of two learned she was pregnant, she was concerned about her ability to financially support another child, so she decided to end the life of her child through an abortion. She was only seven weeks along, so she told herself it wasn’t yet a baby.

A few years later, she was in a new relationship and again became pregnant. Her partner drove her to Atlantic City to get her second abortion.

“I believed the lie that my baby was just tissue. I thought that if I terminated as early as possible, it was not that bad,” Vasquez told Live Action News. “I knew it was wrong, but it was much easier to live with that than the truth. I regretted it immediately but not enough to prevent the other abortion. I was not serving the Lord at the time, and circumstances of life dictated my decisions.”

The image of sitting in a deathly quiet and dreary room among women who, like her, were waiting to end their pregnancies was forever seared on Vasquez’s heart.

She married the father of her second aborted child and they later conceived another child — but the relationship was increasingly volatile. When she learned she was expecting again, her husband demanded she abort their child, but this time, Vasquez stood firm.

“By then, I was back in church, and I refused to have another abortion,” she said. “It was the roughest nine months for me, as my husband constantly reminded me of how angry he was with my decision not to end the life of our baby, but our marriage was dying anyway. I endured his cruelty for too long and I just couldn’t live that way any longer.”

Throughout her pregnancy, Vasquez clung to her faith. She realized that in the past, she had allowed fear to influence her actions. She may have been deceived by the enemy — but now, she was trusting in God. When her daughter was born, she was overjoyed.

“My daughter is now a very sweet and talented 17-year-old, Vasquez said. “I can’t even grasp what I would have missed had I given into the demands of my husband. Even today, I miss the two children I aborted with all my heart. When I look at family photographs, it hurts to know they are missing.”

Her pain led to a pro-life purpose

Now a single mother of four, Vasquez became a passionate supporter of life, sharing her testimony at women’s events and fighting for parental rights in New Jersey, a state governed by anti-life policies. Juggling a career in real estate with her political activism worked well for her. Then, a position for the Executive Director of Hope Pregnancy Centers became available. She submitted her resume for the opening, realizing later she was acquainted with the Centers’ CEO from her pro-life advocacy.

Vasquez said, “It was a great opportunity for me and luckily, I got the job. The transition was very easy. I could never have planned what I am doing now; it’s a calling. Truly, God has turned what was intended for harm into something wonderful. He alone gets the glory.” In her capacity as executive director, Vasquez draws on her own experience as a young woman and believes it’s vital to exemplify compassion to those who seek help at the center, regardless of their circumstances. Some return more than once.

“It is never our place to judge these women, but to lead them to a God who forgives and restores,” Vasquez said. “Abortion is final; it is a life sentence you must live with. But when you trust a loving God, you can get through any crisis.”

A voracious defender of life, Vasquez is particularly concerned about the new abortion-on-demand law the New Jersey governor approved. The law provides access to abortion up to nine months and stipulates the procedure can be performed by a person without medical training if necessary, putting women at greater risk of dangerous complications and death.

“This is no longer just a moral issue, but a health and safety issue,” Vasquez told Live Action News. “I’ve heard physicians speak about how delicate surgery is when performed on a woman’s uterus. They are alarmed about this law and predict many disastrous outcomes as a result. It’s deeply distressing.”

Vasquez plans to continue to advocate for the preborn at the legislative level. If Roe v. Wade is overturned by the Supreme Court, abortion laws will then be decided at the state level, which may result in other legislative challenges. But passionate pro-life warriors like Vasquez are geared up for battle.

“The fight will continue until this law is overturned,” she said. “We focus our efforts now on educating the public about this horrific law, working with legislators to help them understand how dangerous and immoral this law is. We must continue to spread the message that life begins at conception, discuss prevention through abstinence programs, and pray for those responsible for this. Change can be slow, but I have faith that it will happen if we stay the course.”