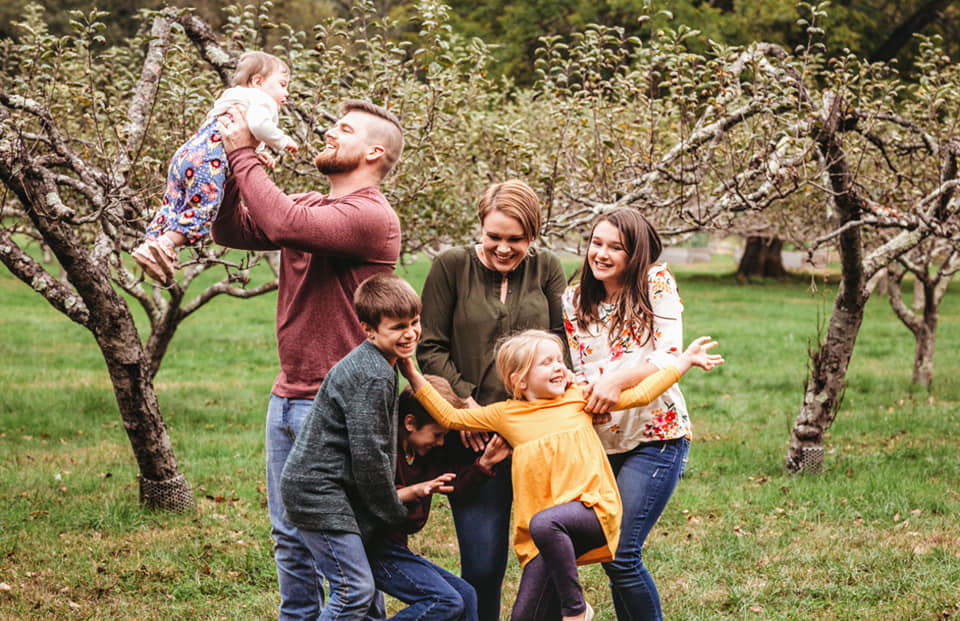 On February 12, Erika Kapustinski mustered up all of her courage and walked into the last place she wanted to be: Planned Parenthood in New Haven, Connecticut, where one of her babies died at the hands of an abortionist. She was there to get the only thing she had left of that baby, and another baby she aborted: their ultrasound images and her medical records.

Since her abortions were within the last seven years, she knew her records would still be on file with Planned Parenthood, and in her grief, she was looking for a way to hold onto her babies. It took 10 months for her to build up enough strength to walk through those doors, but it was worth it. She now has the only photos of her babies, and their images have been shared nearly 600 times on Facebook.

“I felt like with abortion you don’t have anything to mourn or grieve,” she told Live Action News. “You feel like a terrible person so you don’t feel like you can grieve. Even though you made that choice you feel like you were taken advantage of. I just wanted something of my babies to hold onto. I had these fuzzy photos that had been copied over a few times, but I had something of my babies. The hardest part for me was reading through the notes from the second abortion. It talked about removing the fetal parts and how big the arms and legs were and how they sent out some tissue to a lab and then disposed of the body.”

As she stood at the front desk of Planned Parenthood, she looked around at the women in the room and at the chair she once sat in, and she prayed for everyone there. She knew what it felt like to believe that abortion was the only choice and to regret that choice — not once, but twice.

In 2014, Kapustinski had hit a low point in her life. Her marriage was emotionally strained and she felt alone. She and her now ex-husband had four children and she was struggling. She began to drift away from God and eventually turned to her best friend’s boyfriend. In 2015, the two had a one-night stand and six weeks later, she learned she was pregnant.

With the pressure to abort looming, Kapustinski went to Planned Parenthood to inquire about abortion. She was given an ultrasound, but they wouldn’t let her see it. She was told there was a heartbeat, but wouldn’t let her hear it. She was seven weeks along and they told her she could take a pill.

“In my mind, I was like, ‘Oh. That’s it? I just take a pill? I guess that’s okay. That doesn’t seem like a big deal,'” she explained. “So I took the pill and left and I went home and just went about that day with my kids and my usual routine. I was unaware of what would happen to me.”

The abortion facility staff had not provided Kapustinski with counseling or informed her of what would happen after she took the second of the two-dose abortion pill. After taking that second pill, she experienced extreme cramping, nausea, dizziness, and copious bleeding. She decided she had to push through it, but what happened next traumatized her.

“I saw the baby in the toilet and it was really, really tiny but it was just devastating to me and I didn’t know what I should feel and do in that moment,” she said. So she flushed the toilet, closed the door and wept. She told herself she had to forget it ever happened.

“That quickly put me into a deeper depression,” she said. “It caused me to feel like I was not worthy of being a mother to my first four kids. I had gone through four healthy pregnancies, seen ultrasounds, given birth. Now I was in a place that I never thought I would be. I had just had an abortion with someone who wasn’t even my husband. I couldn’t wrap my mind around what a mess my life was at that time.”

After a month, increasingly depressed and unable to function, she left her family. The abortion, she later realized, was a major factor in that decision. 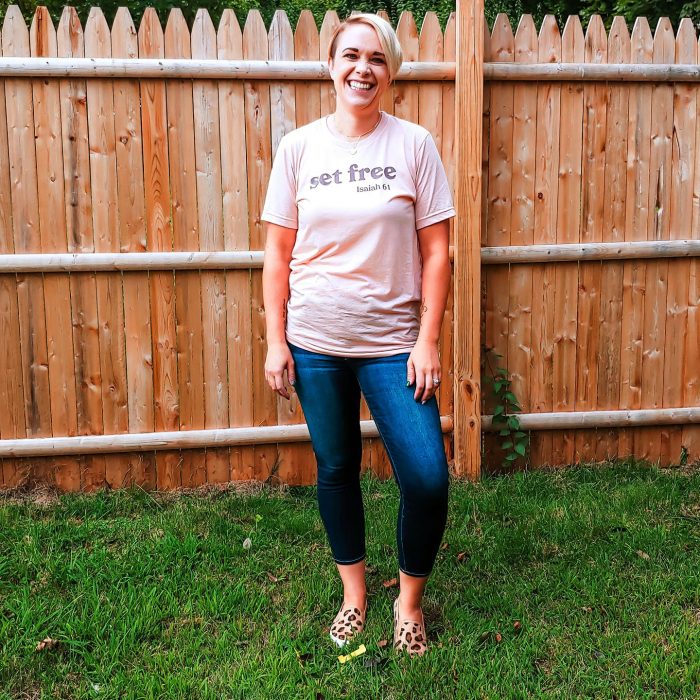 She moved in with the friend of a friend and became involved with him. In August 2015, she found herself pregnant again. She was happy to have something good in her life again. Now in the middle of a divorce, she had given full custody of her children to her ex-husband. This baby meant a second chance.

But soon after, the baby’s father became controlling and she no longer felt safe. She moved in with her parents and planned to raise the baby as a single mother. But the baby’s father lashed out, even breaking into her parents’ home, and she began considering abortion.

She felt alone and hopeless, and some friends suggested abortion. “I knew that I wanted the baby and I did not want to go through another abortion and at the same time, I was so desperate to get my life on track again and be healthy for my kids.”

She went to Planned Parenthood in New Haven in November 2015, at 14 weeks pregnant. Again, she wasn’t allowed to see the ultrasound or hear the heartbeat. Planned Parenthood gave her some pills and she took them. “I just remember laying there for the ultrasound and everything in me was just like, ‘Get up! Go! Leave! You don’t want to be here.’ I felt paralyzed. I didn’t know if I could get up and walk out,” she said.

For hours she sat as the pills prepared her body for a surgical abortion, but she was “clueless” as to what was happening. There had been no counseling.

“I just remember it was very painful and I just couldn’t stop crying. My whole body was starting to shake and I couldn’t get myself under control,” she explained. When it was over, she asked the abortionist what they were going to do with the baby and was told they couldn’t disclose that information.

The next day at home, she went back to life as usual and though she felt like a horrible mother, she pushed herself to do better for her four living children. Within a year, she was married to her new husband, whom she describes as “amazing.” But she still kept her abortions secret.

“Then in December of 2016, I had a miscarriage,” she said. “I remember that triggering something in me because I thought I caused that, and it was my fault and… that I didn’t deserve to be a mom and I could not deal with that thought. I felt like God was bringing a lot to the surface for me to work through, but I didn’t want to because it was painful to acknowledge the abortions.”

On Christmas of 2017, she and her husband welcomed a baby girl. It was also the due date for the first baby she aborted. She was happy and grief-stricken at the same time.

Then in the summer of 2018, Kapustinski was put in contact with a local pregnancy center which her grandmother had started 30 years prior. She had visited as a child and now she decided to volunteer there. Through that center, she learned of a training class to help post-abortive women and decided to attend. After listening to one woman’s testimony, she stood up and told everyone in the room that she was post-abortive.

“It was the first time I said it, and something changed in my heart where I felt a little glimmer of hope,” she explained. “As I sat down I heard God speak to me that this is what I was going to do with my life.”

That moment gave her the strength to tell her husband about her abortions. Scared he might leave her or love her less, she was happy to be given nothing but love and support from him. From there, she began sharing her story more and took part in a post-abortive Bible study and a healing ministry. She began to see how the abortions had affected every aspect of her life – her marriage, her mothering, who she was as a daughter and a friend, and her relationship with God. Those eight weeks in the healing ministry helped her to let go of her shame and name the children she aborted. 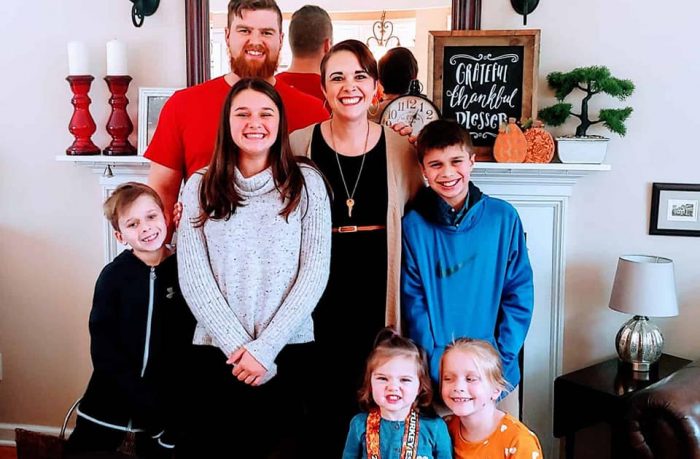 Erika Kapustinski and her family. Used with permission.

Now Kapustinski works at a pregnancy center, speaks at small conferences, and reaches out to other post-abortive women. She hopes to expose the abortion industry and show post-abortive women that they aren’t alone and can find healing.

“We aren’t going to help women heal if it’s coming from a place of hate and calling people murderers. That’s what abortion is – it’s killing an innocent life. But if we keep attacking these women they are going to stay in their shell and they aren’t going to come for healing. They will suffer in silence,” she said.

Since sharing her ultrasounds on Facebook, Kapustinski has received both encouraging and hateful messages, but says the experience has been humbling. By speaking about how abortion hurts women and sharing her babies’ images, she is showing that abortion always kills a child and injures the mother. Nothing about the abortion industry is pro-woman.