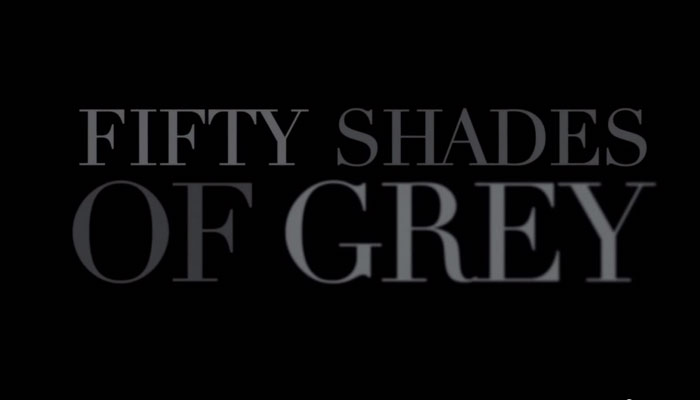 Thankfully, not everyone seems to have drunk the “Fifty Shades” Kool-Aid. In fact, the books seem to inspire as much loathing as they do love.

E.L. James recently released another novel capitalizing on the success of the “Fifty Shades” trilogy called “Grey,” which explores the events of the trilogy from Christian’s point of view. Twitter hosted a Q&A using the hashtag #AskELJames, and users took the opportunity to speak out against the glorification of domestic and sexual abuse in her novels. These questions probably weren’t exactly what James was expecting:

#AskELJames Is it only ok for Christian to stalk, coerce, threaten & manipulate Ana because he’s hot, or is it also ok because he’s rich?

#AskELJames my bf doesn’t like my boss so he buys my place of work. I should consider that generous right?

#AskELJames Do you know what consent means? What about abuse? Very important questions, please answer.

If I stalk a girl and GPS her car, does that mean it’s true love? #AskELJames

#AskELJames what’s it like telling millions of women it’s okay to be in an abusive relationship as long as he’s rich. Asking for a friend.

#AskELJames Are you aware that using alcohol and manipulation to gain consent is incredibly abusive and negates any consent given?

Considering that Anastasia is based on a teen girl, and Christian is near 30, would you say pedophilia is key point of the plot? #AskELJames

#AskELJames why did you feel it was okay to romanize abusive relationships and teach kids that abuse is the norm?

When I told my partner I wasn’t into certain sexual acts, he didn’t pressure me to do them. Does that mean he doesn’t like me? #AskELJames

If a big part of an author’s day is blocking abuse survivors, maybe it’s the author who should be asking herself some questions. #AskELJames

In addition to punishing Steele whenever she steps out of line, Grey routinely keeps her drunk so as to better control her, rapes her multiple times, threatens to hunt her down if she ever tries to escape him, and controls every aspect of her life— right down to following her when she leaves the state, purchasing the company she works for, and tracking her every movement through GPS. When Steele defies Grey, he retaliates physically, leaving welts and bruises on her body to teach her a lesson. That these actions could be considered sexy or romantic by anyone, let alone turn a novel into a best-seller with a film adaptation, is extremely problematic.

The problem with “Fifty Shades” is that countless girls read the books and watch the movie, and buy into the idea that Grey’s behavior is romantic. Forwarding the attitude that anything is OK, as long as both partners consent— no matter how abusive or harmful the behavior is— can lead girls to accept abusive behavior, like Christian’s, because they’ve been told that this behavior is “romantic.” It also makes it easier for sexual predators to cover up their violent behavior— this means that Planned Parenthood is a big fan of James.

Girls were told to read the books to get ideas, and were then encouraged to try out violent sex practices, visit sex shops illegally, and allow their boyfriends to leave marks, welts, and burns on their bodies. Like in “Fifty Shades,” girls are being told that violence is an acceptable part of a loving relationship, that domestic abuse can be romantic, and that these things should be kept secret from the people around them.

Planned Parenthood is thrilled about this kind of dangerous mindset being sold to girls, because they understand it leads directly to more abortions for them. As for E.L. James, we can only wonder if she will ever wise up to the harm she has done to girls and women around the world with this glorification of domestic abuse and sexual violence.