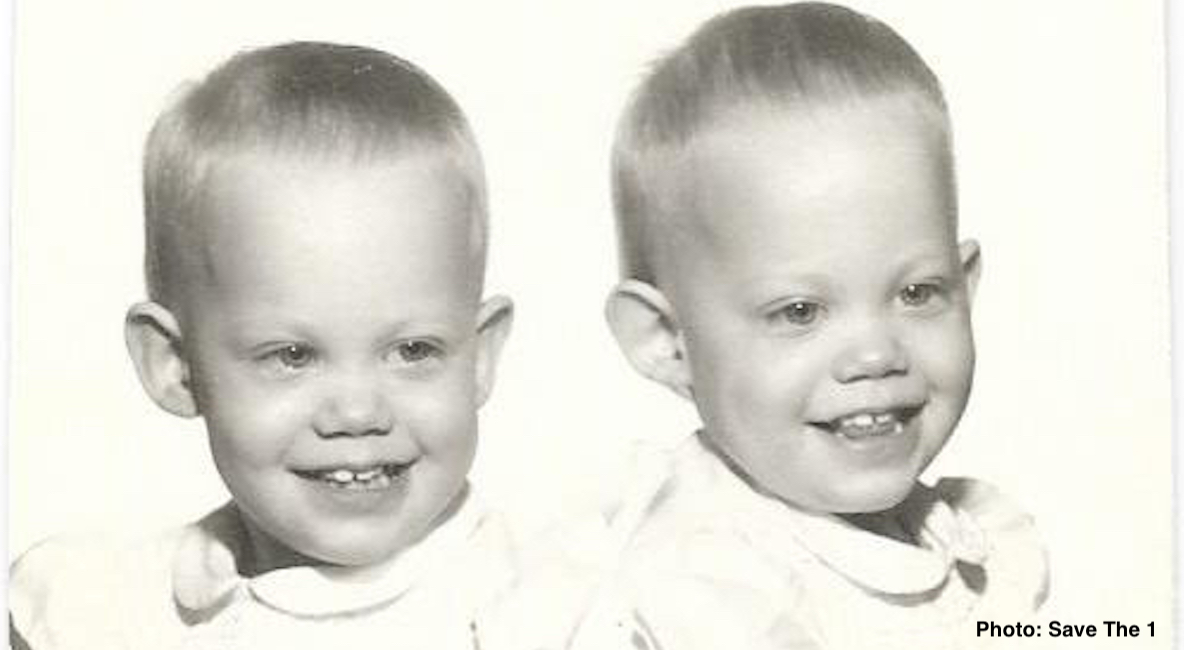 (Save The 1) We want to believe so many things in life, like the IT things, don’t affect us, that we can move beyond them or through them and they will not determine our well-being or our happiness. The IT, can be many things — natural disasters or disasters of our own making, although most of the time we easily acknowledge the affect that those things have on us.

It’s the things “out of our control” that happen to us: neglect, abandonment, harassment and abuse, which bring a life of silence and shame. They are the IT events we push aside and stuff down, unaware of the damage being done by believing they “don’t affect us,” only to drown us in bitterness, self-loathing and fear.

An IT truth in my life, which I didn’t even know existed until I found my birthmother, almost destroyed me.

I had always been curious about my adoption and why my twin and I were “given up.” The anticipation grew on the drive to a small-town courthouse in Indiana a few hours away from where I lived. I needed answers to so many questions which had plagued me all my life. With the information I had received from a doctor at the hospital where I was born, I was ready to play detective and find her. 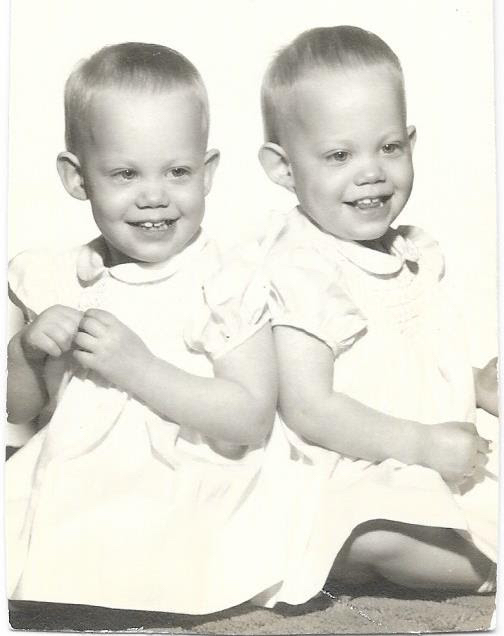 After going through divorce decrees and confirming her last name had not changed, I found the only Donna Melton in the phone book. A phone call attempt was unsuccessful, so I drove to her home which was only two blocks from the courthouse and just sat there astonished that I’d found her within two hours of starting my journey. I returned with my twin, and we sat in front of our birthmother’s house as I scribbled a note with all the facts which proved I was her daughter. As I placed the note in her mailbox, someone peered out from behind the living room curtain. I didn’t dare knock on her door — my adoption group had warned us to never just show up at a birth parent’s doorstep unannounced, as it would lead to an unpleasant first time encounter.

I was a bundle of nerves the next morning when my phone rang. The voice had an Indiana twang, so I immediately knew it was my birth mom. She told me that I had scared the daylights out of her and that she’d never expected to hear from either of us. During our awkward conversation she often paused, unsure of how to respond to my many questions. She confessed she had wanted to find us when we were a year old but had long ago given up on the overwhelming idea.

My birthmom had been married briefly twice and I have two older half-brothers, one from each of those marriages. One of my half-brothers has eyes like mine and it was amazing to see another human being who resembles me, besides my twin sister.

Towards the end of our discussion, I asked about my biological father. She hesitated, then explained that she had broken things off with him when she found out he was married. Soon after the breakup, she moved to another part of town, but he found out where she lived, and just showed up one day. He pushed his way into her apartment and forced himself on her. She called it the “forced job” in lieu of calling it rape. After all, it was 1960 and if you knew the rapist, in most people’s minds, it was hardly rape.

My identity changed that day after learning I was a “product of rape,” although my first thought was “IT does not affect me.” I had recently gone through training at a crisis center to help rape victims. We learned that rape was about control not sex. So I felt I understood the issue and could continue in life like nothing had changed.

POWERFUL VIDEO: Mom tells ‘what doesn’t matter’ about her son conceived in rape

The only problem is that it seemed like everyone believed that a woman who gets pregnant from a rape should terminate or be able to terminate the life of the baby through abortion. Even many Christians believe that line of thinking.

When I shared with my friends that I was a product of rape, I fully expected them to reject me and defend aborting me, but to my surprise, they encouraged me with God’s love saying He had a purpose for my life.

But still a voice invaded my space daily, relentlessly reminding me of how worthless I now was, “You should have been aborted and thrown away in the trash.” This new reality was throwing me into a deep darkness I had never experienced.

God often asks me questions to teach me something and while I was praying one day I heard Him ask, “What is a product?”

Baffled by the strange question, I answered, “Well, a product is something made by a manufacturer.”

Then came another, “Who is your manufacturer?”

Ok, He had me cornered with the truth. . . . I whispered in reply, “You are my manufacturer Lord.” The sobs shook my body as the reality of what He was teaching me set in.

“Never again say you are a ‘product of rape’ because I am your manufacturer, I created you in your mother’s womb and I am well pleased with you,” said my true Father. Then came another torrential downpour of tears.

His warmth spread over me as He spoke, “You were ‘conceived in rape’ but you are a product of your true Father — the one who loves you with an everlasting love that will never change.”…

Continue reading the article in full at Save The 1.

Editor’s Note: This article was published by Save The 1 and is reprinted here with permission.