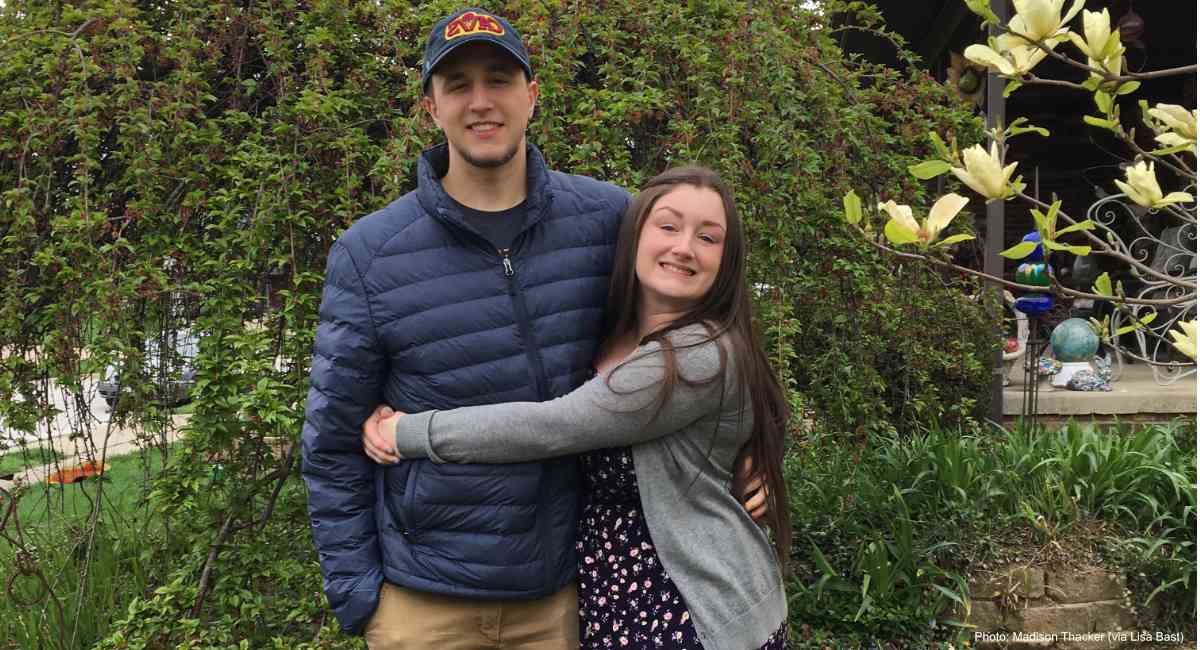 Growing up in a household which supported abortion, Madison Thacker remembers watching liberal-leaning news shows at a young age with family members who wanted her to ensure that she, too, adopted a pro-abortion stance.

“My family’s political affiliation influenced them to believe in a woman’s right to choose,” Thacker told Live Action News. “I felt this was just the way it was supposed to be, the way I was supposed to believe. They wanted me to have the views they chose for me instead of me choosing my own beliefs. Because of this, I saw nothing wrong with abortion. To me, it was just a harmless procedure that was helping women.”

In addition, Thacker was influenced by the abortion industry, outspoken celebrities, social media, and by friends, reinforcing the belief that abortion is a normal, safe way of ridding a woman of an unwanted pregnancy. But when Thacker reached her late teen years, she began questioning her views. At the urging of her pro-life boyfriend, who felt she was being fed disinformation, she decided to do her own research. Though reluctant at first, she knew she needed to learn more about both sides of the debate. Her boyfriend suggested she start by listening to a podcast episode hosted by Ben Shapiro.

“During the podcast, Ben mentioned Live Action which prompted me to find Live Action videos on YouTube,” she said. “The videos depicting how abortion is performed by a former abortionist were very compelling. They taught me the raw truth about fetal development and how abortion ends a life in a violent manner. I was disgusted for supporting abortion.”

After that experience, she kept digging for more truth and since then, has never looked back. Today, at 22 years old, she’s a strong pro-life advocate, though not everyone is accepting of her newfound mindset. In some ways, she has suffered mightily because of it. Her mother, a former heroin addict, had an abortion when Madison was 10 years-old — a well-kept secret until she confided to her grandmother that she had become pro-life.

“When I first started being open about my pro-life views, my grandmother wasn’t happy about it,” she explained. “She shared about my mother having an abortion, hoping I would reconsider my views and remain pro-choice. But her admission had the opposite effect — I became even more committed to being pro-life. I mourned the sibling I would never meet because abortion deprived me of having that relationship.”

There was more backlash. A pro-abortion friend told Thacker she was “disappointing,” and made rude, condescending remarks about her transformation. She became the target of bullying and harassment on social media, and was even threatened with violence by people she knew. She received a barrage of hateful comments from those who wished her to be raped, or worse.

READ: Pro-lifers in Germany seek to educate and motivate others in midst of hostile culture

The attacks keep coming. But Thacker refuses to be swayed no matter the vitriol lobbied at her. She is keenly aware now of the mistruths perpetuated by the abortion industry, like claiming preborn children in the womb are not living beings. “How can that be so, if abortion pills such as mifepristone and misoprostol work by cutting off vital nutrients in the womb to starve and suffocate the preborn?” she asked.

When Thacker began her journey for the truth about abortion, she didn’t realize that her painful, dysfunctional childhood experiences would contribute to her pro-life resolve. Her father’s alcoholism, as well as the abuse she endured from a mother dependent on heroin, was horrific enough, but by the age of 14, she herself had turned to drugs after being sexually assaulted. Therapy helped her to heal from her childhood ordeal, and she learned how to form healthy relationships.

“Reflecting on the trauma of my childhood, I’ve come to realize that bad life experiences are inevitable, and abortion does not fix any of this,” she said. “I get frustrated when someone says people like me should have been aborted to avoid a bad life. I never wished I had been aborted. It is absurd logic to claim someone should have been murdered to prevent them from possibly having bad life experiences. Abortion is merely a band aid to societal issues like poverty, rape, abuse, and more. Abortion fixes nothing and it destroys much.”

Because the abortion industry and pro-life movement is good at convincing women through clever marketing and propaganda, Thacker believes videos, like the ones produced by Live Action, are most effective in illustrating the cruelty of abortion as are the personal stories of women who have regretted aborting their babies.

“Videos focusing on the first trimester are especially powerful, she said. “Seeing the humanity of the baby in the womb at a very early stage is important.”

Though she juggles a busy schedule, she continues to advocate for the preborn, hoping to expose the hypocrisy of those pretending to advocate for women. “Though it’s not much, I do post online about abortion in attempt to change people’s minds,” she said. “I’ve had people message me on different social media platforms to tell me my posts actually help change their minds on abortion; even a girl I graduated high school with reached out. I’ve helped raise money for mothers in need, connecting them with helpful resources or help get them items off a baby registry.”

Today, life has turned around for Thacker in many positive ways. She has a loving, supportive boyfriend who shares her pro-life stance. She is moving soon into her first apartment, and has a job she loves, where she was recently promoted to a managerial position. Gaining valuable insight into how some of the best outcomes arise from difficult life experiences has enhanced her pro-life work. She knows that no matter how small the effort, it can make a difference for a pre-born child.

“Questioning why abortion was being normalized and doing unbiased research turned me into a pro-life advocate and helped me realize abortion is murder,” she said. “I hope to educate women on the realities of abortion and how the industry lies to women under the guise of helping them.”