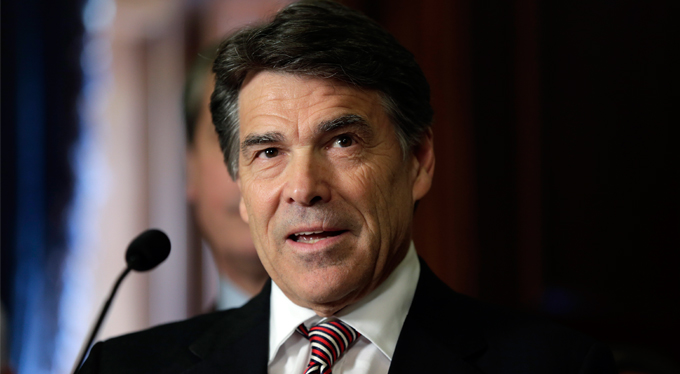 President-elect Donald Trump seems to be continuing the trend thus far of naming pro-life individuals to his Cabinet by nominating former Governor Rick Perry as his Energy Secretary.

The former Governor of Texas has voiced his opposition to the federal funding of abortion, and supports prohibiting human embryonic stem cell research. In June 2002, the Associated Press reported that Perry’s position on abortion was that it should be legal only in cases of rape, incest, or to save the life of the mother. OntheIssues.org links to the following quote from PBS Newshour on Perry’s position:

As Governor, Perry signed a Texas law banning abortion after 20 weeks of pregnancy, allowing exceptions to protect the life of the mother or if the fetus suffers from a “severe abnormality.” The conservative politician believes life begins at conception and has said that he would ban all abortions, except in cases where the mother’s life is in danger. He has supported tougher restrictions on abortion clinics and a Texas law requiring that women see a sonogram, hear the fetus’ heartbeat and wait a day before they can obtain an abortion.

In speeches, Perry has advocated for government actively implementing legislation that would provide more restrictions on abortion, because Perry believes, according to a 2011 article in the Des Moines Register, that “moral authority in the world begins with preventing abortion and protecting ‘innocent and vulnerable unborn children,'” in Perry’s words. The Register also reported Perry as saying, “It is a liberal canard to say, ‘I am personally pro-life, but government should stay out of that decision.’ If that is your view, you are not pro-life. You are pro- having your cake and eating it too.”

The Register notes that as Governor of Texas, Perry defunded Planned Parenthood and said he believes “[b]eing pro-life is not a matter of campaign convenience,” but is instead “a core conviction.”

Life News noted how thus far, Trump has surprised even his skeptics by sticking to his campaign promises to surround himself with pro-life individuals in his Cabinet:

The naming of the pro-life governor to the Energy secretary position follows on the heels of trump naming pro-life Governor Nikki Haley as his UN Ambassador and pro-life senator Jeff Sessions as his attorney general. Trump has also selected pro-life Congressman Tom Price to become his secretary for the health and human services department and he named pro-life physician Ben Carson as his HUD Secretary as well as pro-life advocate Betsy DeVos as his education secretary.

During his tenure as Governor, Perry also signed into law the Choose Life license plate bill, allowing Texans the option to publicly proclaim their pro-life stance.