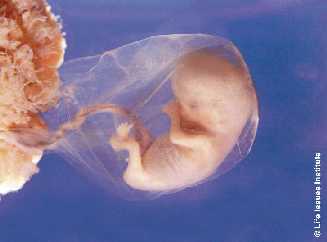 At a time when a fetal tissue research debate took place on Capitol Hill, National Institutes of Health (NIH) director Francis Collins made comments that seem to directly contradict the position of the Trump Administration’s Department of Health and Human Services on searching for alternatives to fetal tissue research. In statements quoted by Science Magazine, Collins claimed that research done using the bodies of aborted children is “scientifically, highly justified” and “will continue to be the mainstay” in scientific research. He also claimed, without elaboration, that it could be “done with an ethical framework.”

Science Magazine notes that the “NIH has halted procurement of fetal tissue by its own scientists,” but in most cases, research continues using frozen tissue from aborted children. And yet, hidden in the article is a statement that reveals a significant problem with research using fetal tissue: “The agency also revealed that a third lab will need new fetal tissue by 31 January 2019.” In other words, the continuation of this research is dependent upon the act of killing living children in utero — a fact that leads many to surmise that there is no way to make the research “ethical.”

Live Action president Lila Rose noted in a press release today that experimentation on aborted children is, indeed, “never ethical, but only adds to the victimization of these innocent children. It creates a market for their deaths,” as was seen in the Center for Medical Progress’s undercover videos. “It is unconscionable that taxpayers are forced to fund the gruesome baby body parts trade and that our tax dollars have been used to create demand for aborted children’s parts,” Rose added, emphasizing that NIH director Collins “must be replaced with someone who recognizes that children who are killed by abortion should be mourned, not experimented on.”

Experimentation using aborted children has gone on for a very long time, and has never been ethical. As far back as the 1930s, researchers have used the bodies of aborted children — some yet living — for grisly experiments. Read more on how still-living abortion survivors were shipped to researchers on ice, how some were kept alive for almost a day while researchers  cut open their chests to watch their hearts beat, and how taxpayers have been forced to fund experiments on aborted children for decades.