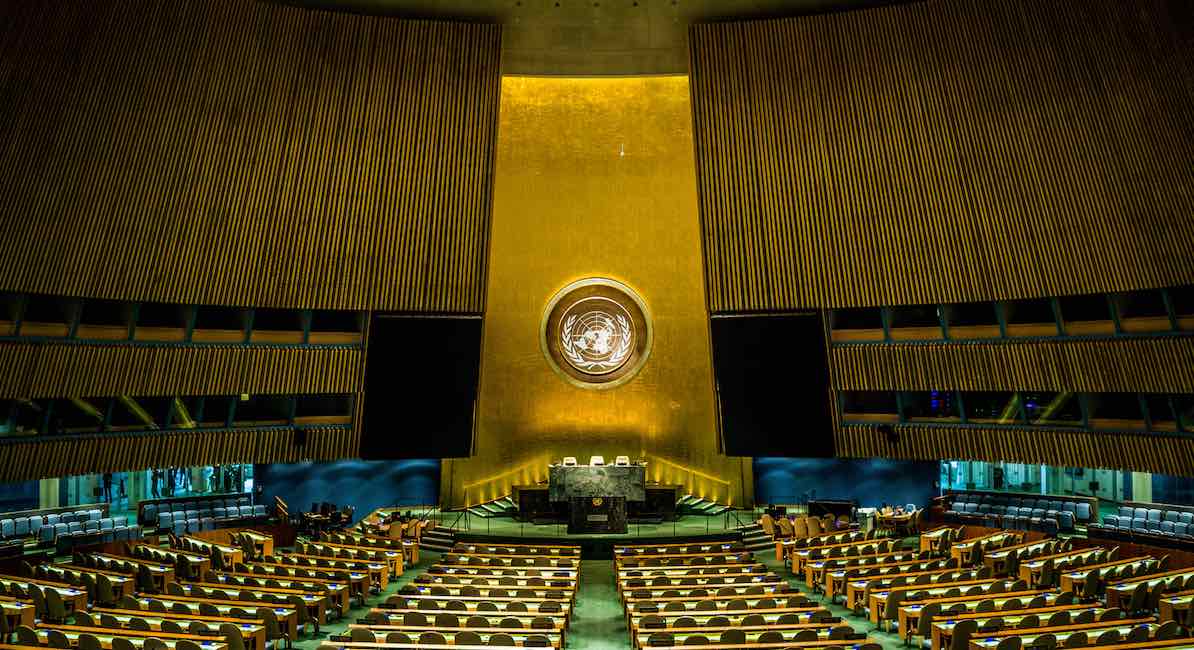 The goal of the UN High-Level Meeting on Universal Health Care in New York was to “bring together heads of state, political and health leaders, policy-makers, and universal health coverage champions to advocate for health for all,” according to the World Health Organization’s website. In July 2019, Mr. Azar and United States Secretary of State Mike Pompeo released a joint statement expressing “grave concerns” that the High-Level Meeting on Universal Health Care would be co-opted by abortion advocates seeking to “weaken the family.”

In his introductory remarks, he told the General Assembly, “Because our nations value better health for all people, and value the work of international institutions toward that goal, we joined the process of producing this High-Level political declaration in good faith. The diverse nations here today are united on a positive, constructive goal: focusing the international discourse around healthcare on better health and on the preservation of human life.” He spoke about health in the context of the society’s fundamental building block – the family – saying, “We believe that health of women, men, children and adolescents supports and improves the overall health of our families and communities, and that the family is the foundational institution of society and thus should be supported and strengthened.”

Azar addressed statements like the one from European Union (EU) Commissioner Vytenis Andriukaitis, which referred to a nebulous right to “universal access to quality and affordable comprehensive sexual and reproductive health information, education, including comprehensive sexuality education, and health-care services.”

The UN has historically promoted abortion under the guise of “sexual and reproductive health rights (SRHR)”, as confirmed by Shannon Kowalski, policy and advocacy director for the pro-abortion International Women’s Health Coalition in the tweet below. In June, the UN’s deputy high commissioner went so far as to call Alabama and Georgia’s heartbeat bills “torture” and “extremist hate.” In August, a pro-life workshop at the United Nations Civil Society Conference in Salt Lake City was canceled at the last minute because it was deemed too controversial.

In response to abortion advocates, Azar said that the countries he represented “do not support references to ambiguous terms and expressions, such as sexual and reproductive health and rights in U.N. documents, because they can undermine the critical role of the family and promote practices, like abortion, in circumstances that do not enjoy international consensus and which can be misinterpreted by U.N. agencies. He added:

Such terms do not adequately take into account the key role of the family in health and education, nor the sovereign right of nations to implement health policies according to their national context. There is no international right to an abortion and these terms should not be used to promote pro-abortion policies and measures….

We only support sex education that appreciates the protective role of the family in this education and does not condone harmful sexual risks for young people.

Azar spoke in support of  “equal access to health care, which includes, but is not limited to reproductive concerns, maternal health, voluntary and informed family planning, HIV, elimination of violence against women and girls, and empowerment to reach the highest standard of health.”

Instead of promoting abortion as a solution to the problems women face globally, the Trump administration advocated for “programs to improve the health, life, dignity, and well-being of women, men, children, and families.”