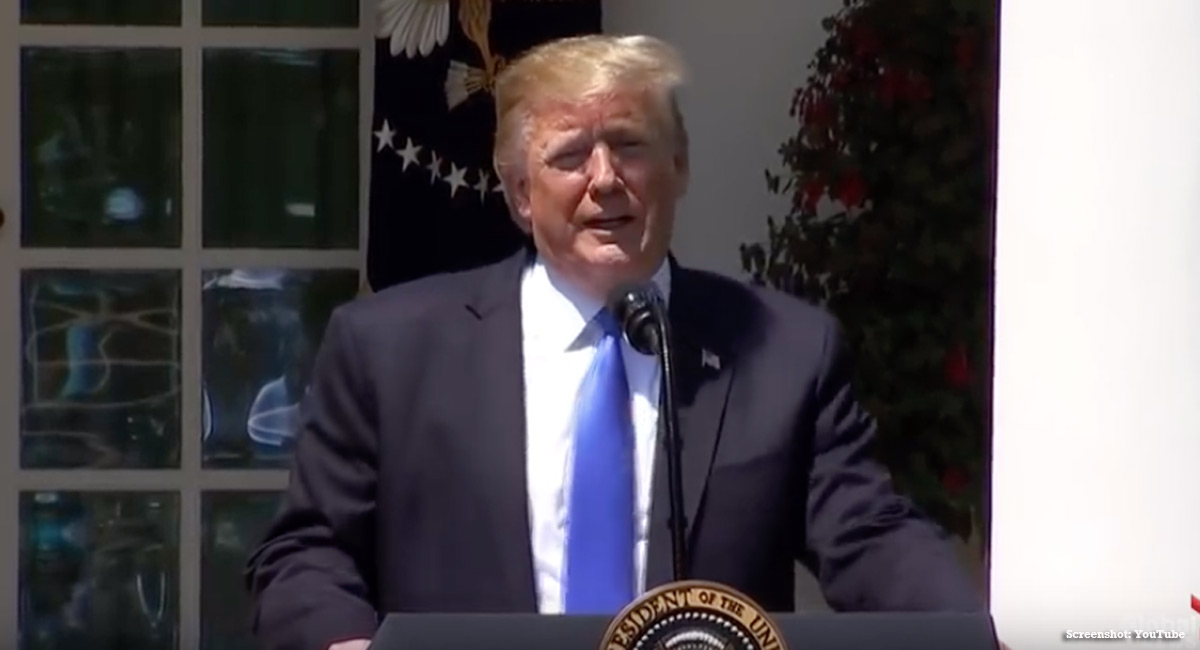 At the National Day of Prayer service in the White House Rose Garden this week, President Donald Trump announced the final conscience rule issued by the U.S. Department of Health and Human Services (HHS) Office of Civil Rights (OCR). The new conscience protections apply to doctors and other healthcare professionals, individuals, and organizations, and prevent them from being forced to provide, participate in, pay for, provide coverage for, or refer for services including abortion, sterilization, and assisted suicide.

The rule strengthens enforcement of conscience rights in healthcare for pro-life individuals and entities and seeks to prevent the discrimination against them on the basis of their conscience.

Speaking at the National Prayer Day service, Trump said, “Just today, we finalized new protections of conscience rights physicians, pharmacists, nurses, teachers, students, and faith-based charities,” adding, “Together we are building a culture that cherishes the dignity and worth of human life. Every child born and unborn is a sacred gift from God.”

Our country has long protected the rights of conscientious objectors. It is crucial we honor and respect the fact that our citizens still think for themselves. We need more medical professionals to acknowledge the scientific reality that life begins at fertilization, and that medicine should be used to heal and not harm. We applaud President Trump and HHS Secretary Azar for this rule ensuring that pro-life professionals will not face intimidation or professional repercussions because they refuse to participate in sterilization or ending human lives through abortion or assisted suicide.

An announcement from the HHS Press Office stated, “The final rule fulfills President Trump’s promise to promote and protect the fundamental and unalienable rights of conscience and religious liberty, a promise he made when he signed an executive order in May 2017 protecting religious liberty.” The final conscience rule can be found here.

In other countries, like Sweden, midwives have been forced to either participate in abortion procedures or be fired and blackballed out of the health industry. One hospital in Ireland made it clear that pro-life individuals who won’t participate in abortions need not apply, and Irish politicians passed an abortion bill with no conscience protections for health care workers.

OCR Director Roger Severino said in the HHS announcement, “This rule ensures that healthcare entities and professionals won’t be bullied out of the health care field because they decline to participate in actions that violate their conscience, including the taking of human life. Protecting conscience and religious freedom not only fosters greater diversity in healthcare, it’s the law.”