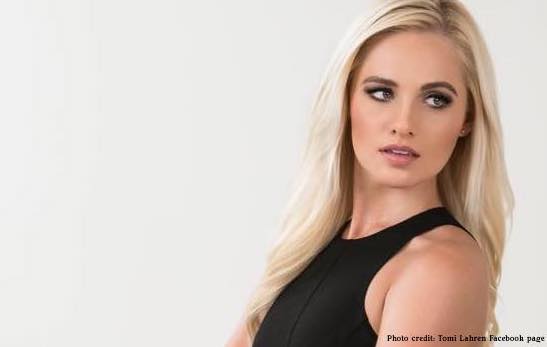 Tomi Lahren, known to viewers of TheBlaze, will be suspended for a week starting Monday following comments in support of abortion on last Friday’s episode of The View, a show whose hosts likewise support abortion. There was also contention with her co-workers, including site founder Glenn Beck, as reported by the Daily Caller. The Daily Caller also claims Lahren will likely be gone in September. Live Action News’ Cassy Fiano previously reported Lahren’s comments:

As has been pointed out before, abortion is not merely a matter of big government or small, limited government. The right to life is the first of our inalienable rights enumerated in the Declaration of Independence. Abortion advocates have often pointed to the Constitution’s 14th Amendment — which supposedly protects the right to privacy and thus abortion, even though such terms are never in the document — yet the 14th Amendment could also be interpreted to protect the preborn.

For Lahren to phrase her argument as if abortion is about “my body,” she’s using a tiring but oft-repeated pro-abortion talking point. The preborn child resides inside his or her mother’s body, but the child has his or her own body. A unique set of DNA has been present since conception, and this new person rapidly develops body parts, separate from the mother’s own body parts.

Lahren also frames her argument around being a Republican… which is more than a little odd, since the Republican Party issued its most pro-life platform ever during the 2016 campaign.

But the problem with this wasn’t merely that Lahren took such a position in favor of abortion. She didn’t say that she was personally pro-life (which is problematic for its own reasons), or say that she saw abortion as a complicated issue, at the very least. She instead spoke back to her coworkers at TheBlaze (including founder Glenn Beck), who disagreed with her, as they attempted to point out to her the flaws in her argument:

I have my beliefs and you have yours. Doesn’t make you right. Never said y’all have to agree with me. Get over it. https://t.co/wResXuUNet

I speak my truth. If you don’t like it, tough. I will always be honest and stand in my truth.

“My truth”? Hmm. Lahren says she has some “‘me’ time,” now, so perhaps she can read up more on the objective truth of the pro-life position.