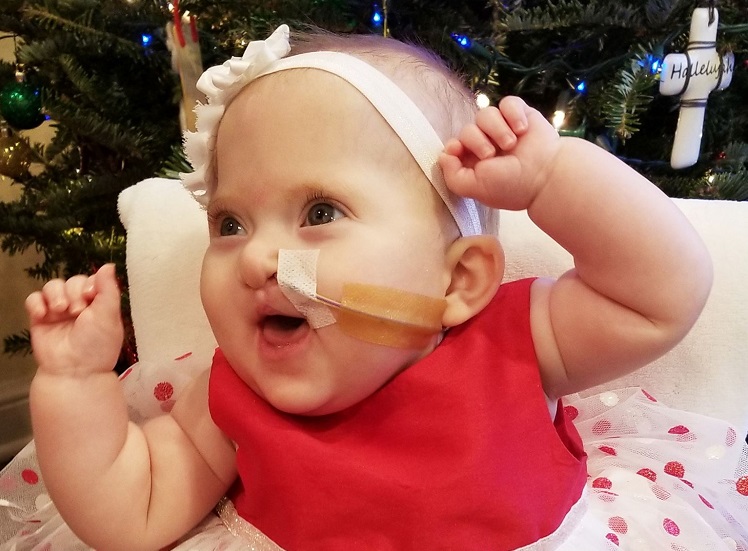 (Life Defenders, Laura Valdez) – My name is Laura and I’m Eliana’s mom. It was January 4th, 2017. A year ago I sat sobbing uncontrollably in an ultrasound room after being told Eliana would not likely survive birth.

I was 21 weeks pregnant and a cleft lip was seen on our routine scan, warranting this trip to the specialist. Zach and I had already come to terms with the cleft, done our research, and found a fantastic surgeon in Tampa.

We foolishly walked into the office hoping her palate would not be involved. Her palate would soon be the least of our concerns. Instead, we were given some of the worst news an expecting couple can hear. Without hesitation, the doctor told us that our baby girl had numerous defects and clear markers of Trisomy 18 (T18), also known as Edwards Syndrome. She had seen it before and confidently explained that more than 95% of these babies are stillborn or die moments or hours after birth. She explained that, even if our baby fell in the small percentage who survive a few months or years, she would be so severely mentally challenged that she would have no quality of life whatsoever. 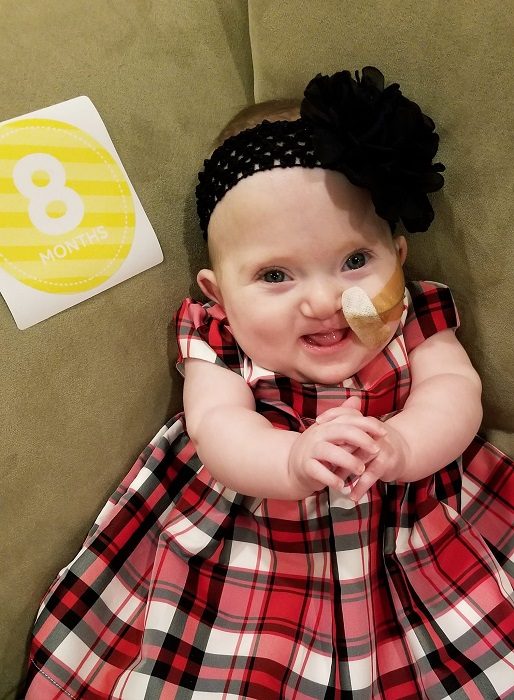 At one point she said, “The disabilities are so severe that there is no independence at all for T18 kids. There are no Special Olympics for these children.”

She gave no hope and offered no insight as to what might be done after birth to save this life. She kindly apologized for bearing such bad news and told us to make a quick decision to abort before it was too late in the pregnancy to legally do so.

We are both against abortion and although we were terrified by her words, that route was never an option for us. This was our baby girl. We would continue to find joy in feeling her move inside me and find a way to bear the grief of possibly losing her to T18 . We would cherish whatever precious moments of her life the Lord would bless us with. We were devastated, confused and heartbroken, but we would not end this precious life God had given to us.

It took 10 painful days to get the blood test results about Trisomy18. Our specialist explained that, despite the clear markers she saw, Eliana did not have T18. There was little time for celebration as she quickly explained how bleak the diagnosis still was.

“She still may not survive,” she said. The final months of pregnancy were spent with one specialist after another being given one prenatal diagnosis after another, which were still shockingly inaccurate.

Another specialist asked if we both have jobs, explained to us that Eliana would require extra care and then suggested we just terminate the pregnancy as well. 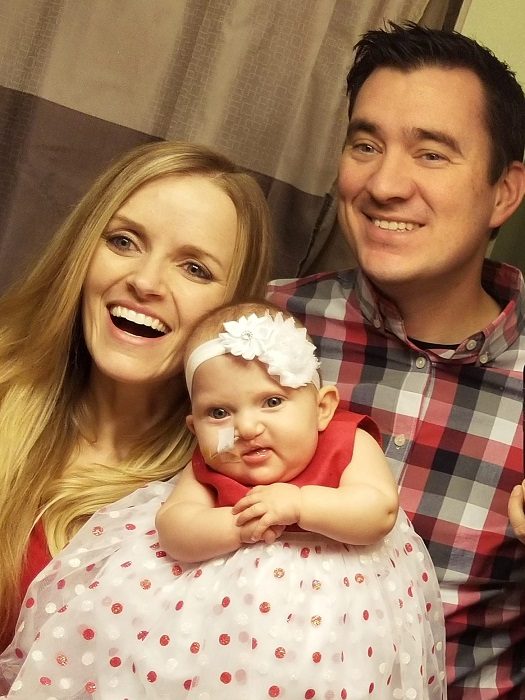 Eliana and her parents, who refused abortion

We were shocked by the willingness of these doctors to suggest termination because a baby didn’t meet their standards of perfection or might require additional care. It felt as if the doctors went through great lengths to convince us our baby’s life wasn’t worth living.

I will not pretend that those months before and after her birth were easy in any way. When our daughter was born, it was discovered that she had Digeorge Syndrome , which caused a cleft lip, Spina Bifida and VSD (a hole in her heart). Eliana has been through 4 surgeries and it has been the most difficult and challenging year of our lives but, if we had known what this last year would hold and had been given a choice, we would humbly and joyfully accept.

God has made us stronger through this precious little life He has entrusted us with and has mighty plans for. As difficult as our time in the hospital has been, I can confidently say that it has been worth it in every way. As I sit beside her asleep in her crib, I cannot help but be thankful for this journey. We give glory to God for our little miracle. She is our sweet Eliana and we are so grateful for her life and so honored to be her parents.

So here is looking forward to a new year. As we move into this year, we are grateful that the initial diagnosis was so wrong; Eliana is cognitively on track and we pray she continues to do well this year. The months to come will certainly hold their share of doctor visits and overnight stays in the hospital and aspects of her diagnosis will never go away for it is a part of who she is. We pray that she embraces it as much as we have and that she will be strong and courageous because of it; that she will walk confidently in the fact that she was fearfully, wonderfully and perfectly made by her Heavenly Father.

Editor’s Note: This article originally appeared at Life Defenders and is reprinted here with permission.