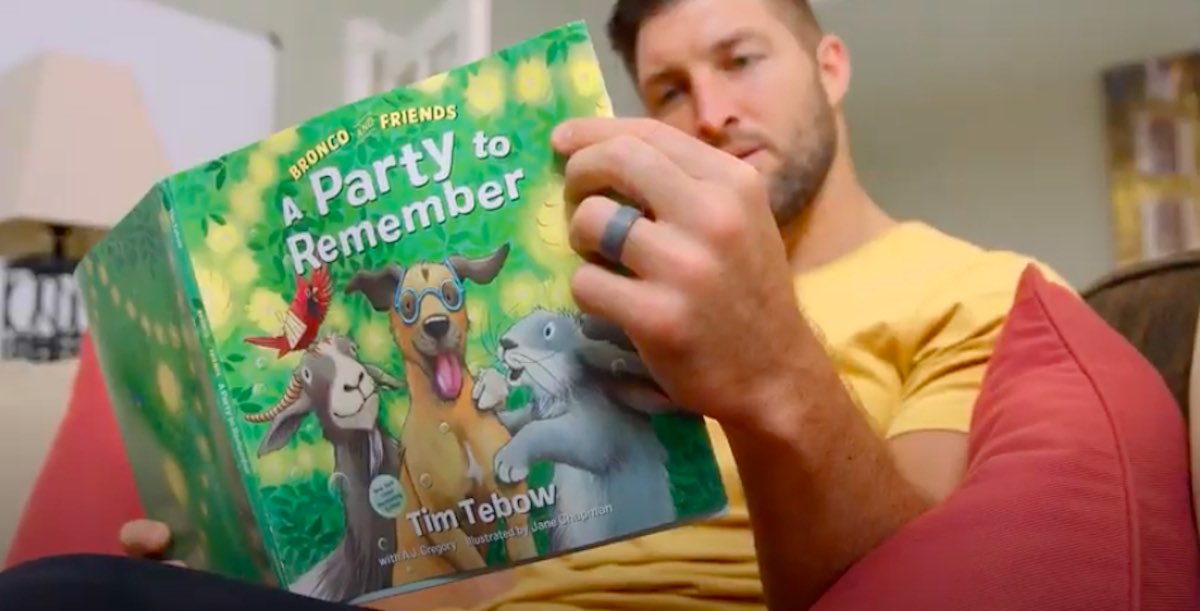 Heisman Trophy-winner and special needs advocate Tim Tebow recently released his first children’s book, “Bronco & Friends: A Party to Remember.” The book is intended to remind all children, especially children with special needs, of their unique dignity and worth in the eyes of God.

“Bronco and his friends have been invited to a special party, and each one is supposed to bring a puzzle piece. But the path to the event is paved with challenges. Bronco the dog has terrible eyesight, Ethan the bird can’t fly, Alexis the goat can’t stop sneezing, and Chelsie the rabbit worries that her big ears keep getting in the way! Will the friends miss the party? Or do they have exactly what they need to find their way together?”

The introduction continues, “This sweet story draws children into the puzzling adventure of Bronco and his pals. As they encourage one another to keep going, the friends learn to see themselves—and their differences—in a whole new way.”

In the book’s trailer (above), Tebow commented that his book “touches on… every single person’s worth. When we understand our worth, everything else changes….”

“Even though they’re not with us, I was still able to honor them and their memory and how much they meant to me,” Tebow said. “They’ve been a big inspiration in a lot of [ways]. In their life and the way that they handled the adversity that was put in front of them, the grace that they had. So many of the W15H boys and girls that I’ve had the chance to get to know and really love over the years have had such an impact on my life. So, we got the chance to honor a few of them in here.”

Tebow told People about the impact he hopes the book will have on his young readers. “I want every single boy or girl that reads this book to know: they are unique and unique is special… There’s going to be so many times in their lives where they’re told otherwise. But I believe that they were created in love, by love and for love, that God has a great plan for their life and that they are unique.”

Tebow is also known for his outspoken pro-life convictions, stemming in part from his own mother’s pro-life witness. Mrs. Tebow refused abortion as a solution to her high-risk pregnancy with Tebow himself. Tebow has spoken multiple times at the March for Life, and is slated to give the annual March for Life Rose Dinner address virtually on January 29th. In 2020, Tebow, a former Super Bowl-winner now turned baseball player, said that being known for saving babies was more important to him than Super Bowl fame.