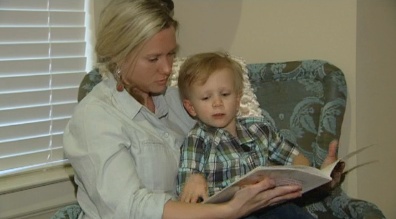 All life is precious and worthy of support and recognition — and a story out of Houston, Texas demonstrates that even a three-year-old little boy can instinctively know that. Bennett Nester, who was diagnosed with a brain tumor own in 2011, received a teddy bear in the early stages of his treatment. His mother says that he wouldn’t let it out of his sight; somehow, the small token from a stranger helped to ease the trauma and pain that he was going through.

Today, Bennett — barely a tot himself — spends time making sure that other children like himself receive a similar well wish as they fight their battle against sickness and disease. For the last two years, Bennett has collected hundreds of teddy bears this purpose — nine hundred just this year alone. The initiative is called “Bennett’s Bears.”

A Vietnam veteran who chose not to be identified to the media noticed Bennett’s heroism in the face of his own battle against illness, and his selflessness in focusing on other children who were going through the same thing, and decided to give Bennett his own Bronze Star from the war. He told Bennett that he could keep it as long as he promised to brave his medical battle like a real hero– a promise that little Bennett seems to have no trouble living up to.

Bennett isn’t preoccupied with his illness; he spends plenty of time playing with his train set and spending time with his mommy. His mom says that Bennett is going through things that she “cannot even imagine,” but she is grateful for the Vietnam soldier who recognized the hero in her son.