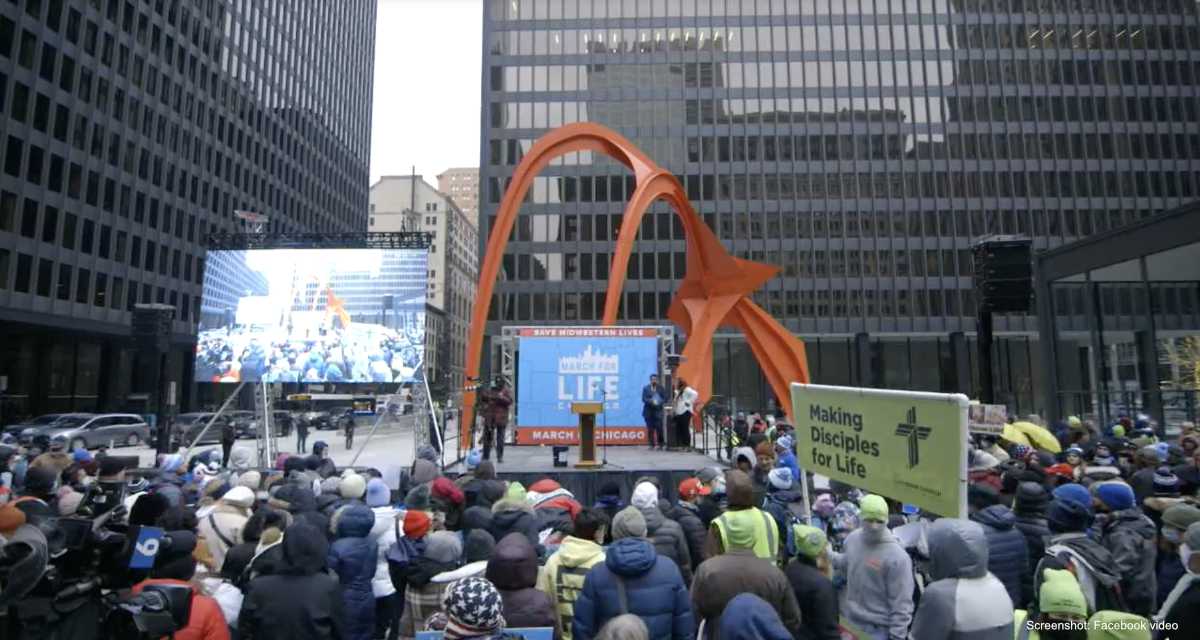 On January 8, pro-lifers rallied together to advocate for the preborn and protest the heavy presence of abortion in Illinois at the March for Life in Chicago. The march was hosted by weDignify, an organization that helps college students serve as effective pro-life leaders on their campus and within their communities.

In a statement to Live Action News, Caitlin Bootsma, Director of Marketing and Communications for weDignify, explained the purpose behind the march and why now, more than ever, it is crucial to spread the pro-life message.

“The March for Life Chicago is a program of weDignify, and everyone is here today, as a whole, not just in Illinois but the entire Midwestern region, to come together to protest abortion and to fight for a culture of life in Chicago which is rapidly becoming known as the abortion capital of the Midwest,” Bootsma said.

“We’re really excited this year to have such a far-reaching march of people from so many states, as far as Nebraska and Kansas and, of course, Illinois, Wisconsin, Iowa. Because we can see as the abortion industry becomes increasingly aggressive here in Illinois, with parental notification just being repealed, it’s more important than ever to come together as a pro-life movement to really fight for change and build a culture of life,” she continued.

“While most of the Midwest works to respect the humanity of the unborn, Illinois tragically pushes abortion at any cost,” said Kevin Grillot, Director of the March for Life Chicago. “For example, the Illinois legislature’s recent repeal of the Parental Notice of Abortion Act shows that they would rather appease the abortion industry than respect parents’ rights to be involved in their children’s lives. At the March for Life Chicago, we peacefully marched to mourn the tragic loss of lives to abortion, call for the respect of every life, and inspire ongoing support of mothers who choose life!”

Standing Up for the Innocent Victims of Abortion

During a rally before the march, multiple speakers took the stage to encourage everyone to serve as advocates for life and to continue defending the vulnerable from abortion.

One of those speakers was Representative Avery Bourne, who, as many will remember, while pregnant in 2019, tearfully spoke against the Illinois Reproductive Health Act on the House floor. Sadly, the bill passed, discarding the state’s ban on partial-birth abortion and allowing for late-term abortions if an abortionist deems it necessary for “health” reasons.

“Unfortunately, the Governor and the Legislature did what they said they’d do, make Illinois the most radical state on abortion in the country. That hurts women, babies, and girls, not only in Illinois but across the Midwest. Illinois is Ground Zero for the fight for life. We are ground zero in the fight for common-sense policies that help women, and babies, and girls,” she continued.

The representative went on to thank everyone for “showing up,” not just to the march, but for all the other ways pro-lifers actively serve the cause by showing up to prayer or providing pregnancy resources. 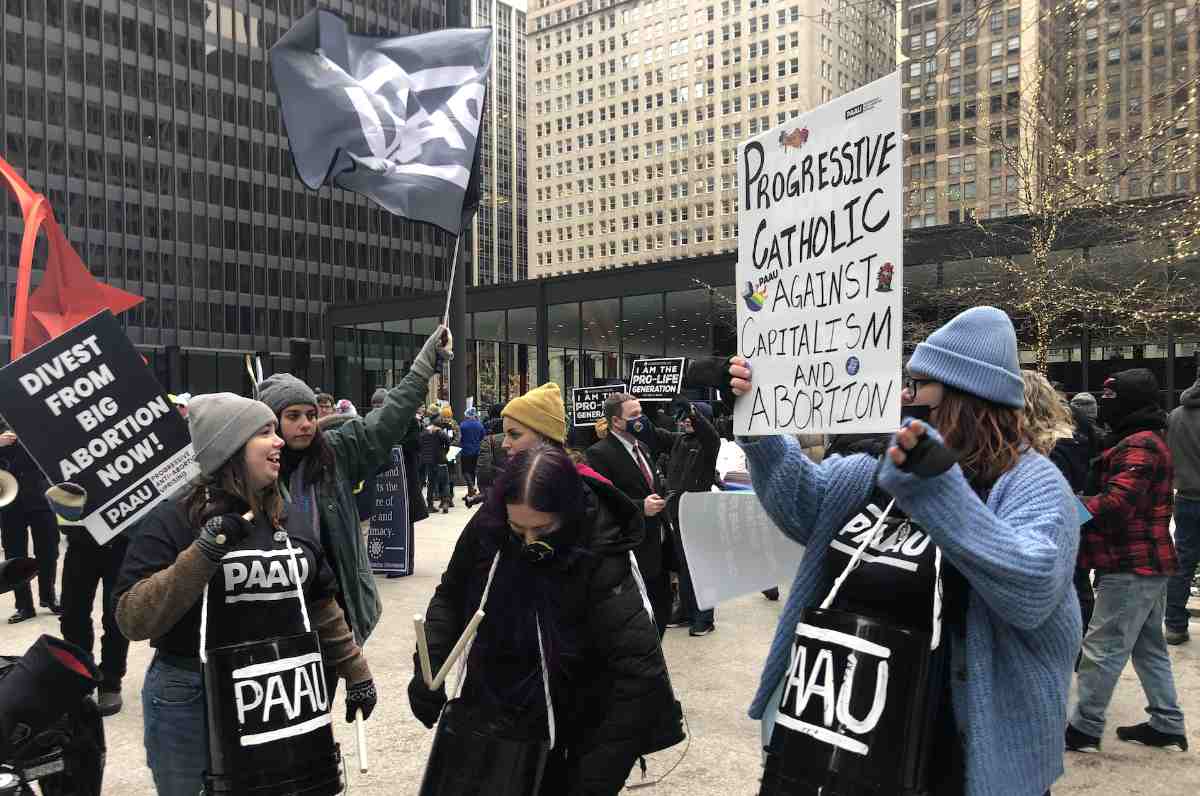 Kelly Dore, executive director of National Human Trafficking Survivors Coalition, also took the stage (54:56 – 55:35) to remind everyone of the innocent lives the pro-life cause seeks to defend, as well as the women who are often dehumanized by the abortion industry. “For me, being pro-life is not a political ideology. It’s not another piece of policy that supports an agenda. It is a human rights issue across the board,” Dore said. “It’s also a women’s rights issue across the board.  And as a minority, it is time to protect the lives of vulnerable children…. And we need to have an honest discussion about who is being hurt by the abortion industry and by some of the policies that we continue to promote under the guise of being ‘pro-woman and pro-choice,’” she said.

“As a survivor of childhood trauma, we cannot continue to sit here and say that some lives are more valuable than others and that some lives are only worthy of living if you come from a socioeconomic standpoint, or you come from an ability to support your family,” Dore continued (55:36 – 56:05). We should never sit here and say to trauma survivors that your only option should be not to be a mother.”

While the rally featured many compelling speakers, weDignify student pro-life leader Dante Bucci emphasized why (1:07:38 – 1:08:01), despite the Midwest’s high abortion numbers, pro-lifers must never accept the deliberate killing of those within their community.

“As the welcoming and hospitable people we are, abortion is against our very nature,” Bucci said of Midwesterners. “140,437 unborn Midwesterners. People who could have stood here with us, people just like you and me. No one has the right to tell 140,437 of us that we are not welcome in this world.”

All human beings, regardless of their age, location, and present capabilities deserve equal protection from violence. Abortion deliberately deprives an innocent human being of this right, and pro-lifers like those present at the march play a critical role in rehumanizing its many victims. 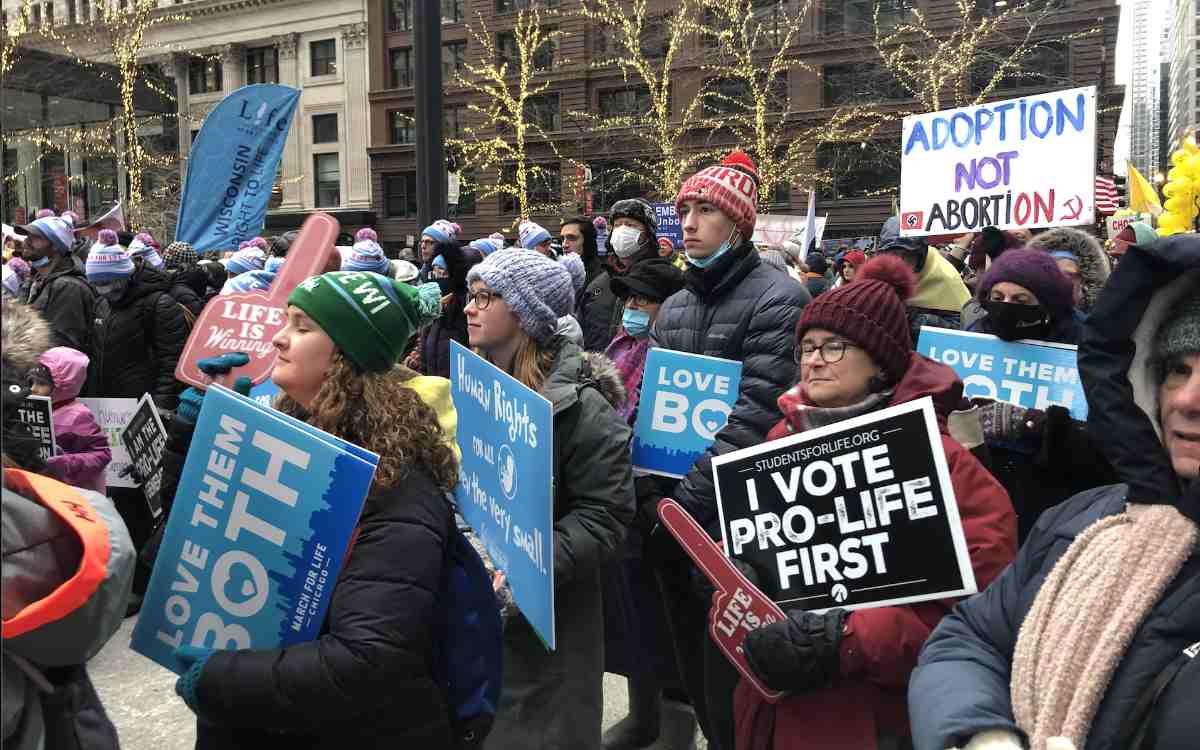 Why Pro-Lifers March for the Preborn

Some may wonder why, despite the weather or other circumstances, members of the pro-life movement are so determined to raise awareness about abortion. Pastor Chris Butler, a pro-life Democratic congressional candidate for Illinois’s 1st District, provided a powerful reason for why he and many others likely braved the cold to advocate for life.

He added, “And friends, I tell you, when I think about that harsh reality of teenage girls undergoing abortions without the consent and knowledge of their parents – a practice that makes it much easier for sex traffickers to cause their victims to forcibly get abortions, I am compelled by love to be here.”

Read a press release on the event here.

Editor’s Note, 1/10/22: A statement has been added from Kevin Grillot, and a spelling error was corrected.