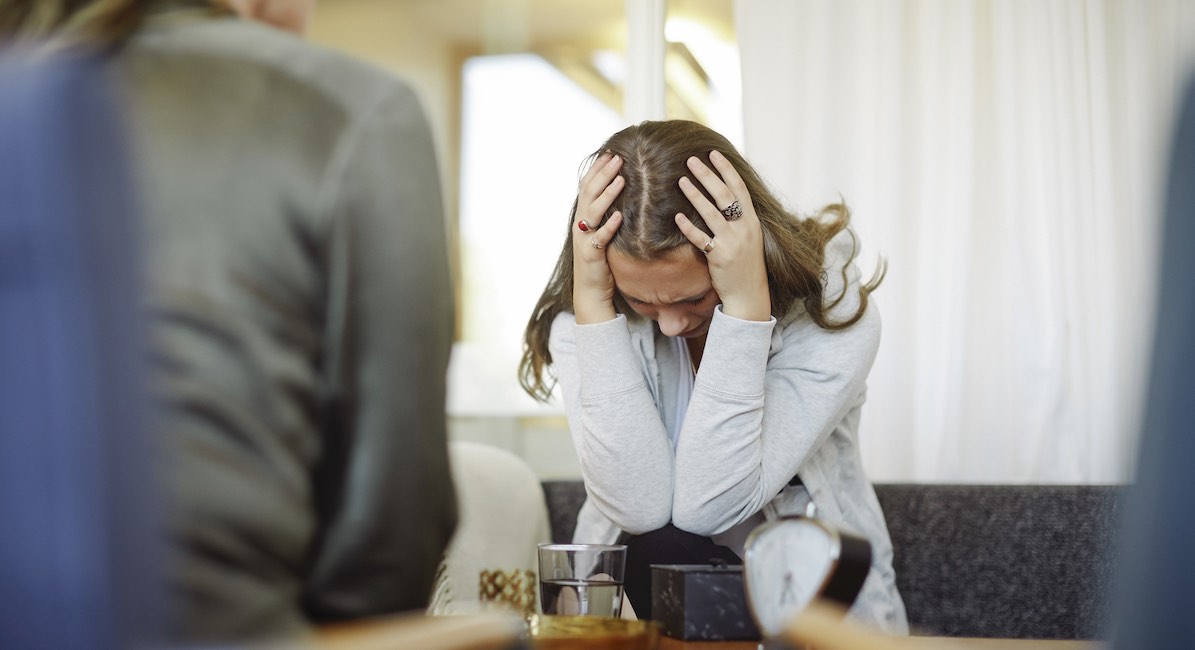 In 2019, a British judge ruled in favor of forcing a mentally disabled woman to have an abortion. In this egregious case, the woman was 22 weeks pregnant. Her mother had offered to raise and care for the child, saying an abortion violated her and her daughter’s beliefs. Nevertheless, the judged ruled to force the woman to abort against her will. Fortunately, the decision was later overruled.

Before the judge’s verdict was overturned, a woman identifying herself as a mental health professional and therapist tweeted in favor of the forced abortion:

Another Twitter user suggested that pro-lifers might avoid going to this therapist, and she said, “it’s ok,  I’m not really interested in having anti-abortion bigots as clients thanks.”

This attitude from a health care worker is troubling. Mental health professionals are not supposed to screen their clients based on their political views. If a pro-life person has a mental illness or just needs a therapist to cope with stressors in their lives, they should not have to worry about being mistreated or denied care due to their beliefs. This is no different than another health professional, such as a doctor or surgeon, refusing to treat a pro-life person.

The rest of the conversation went as follows: 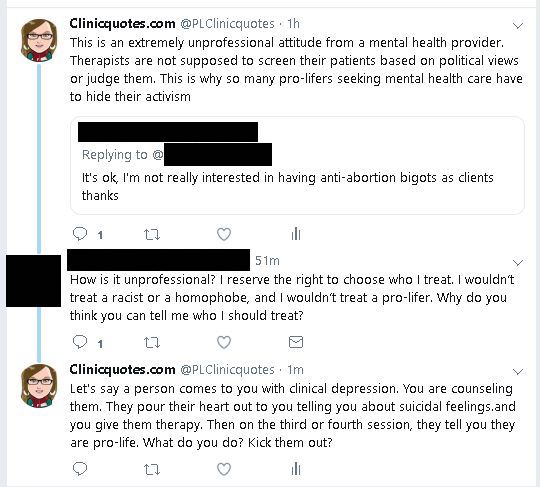 There was no further response.

Clearly, unless the therapist asks each potential patient “are you pro-life?” when she first meets them, a scenario like the above could easily happen. A pro-life person struggling with mental health issues doesn’t deserve to be mistreated or abandoned by a health care provider due to his or her commitment to protecting preborn babies.

Turning away a patient in need, or flat out abandoning one, is clearly wrong and unprofessional.

In many rural areas, there are a  limited number of mental health professionals available. A patient’s insurance also limits the providers they can see. Turned away by one therapist,  it may not be easy to find another.

Discrimination against pro-lifers in health care is unacceptable. Any pro-lifer who believes they have been denied health care due to their pro-life beliefs should file a complaint with the state Board of Health.