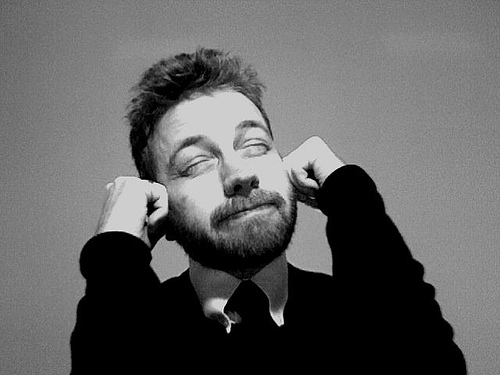 He doesn’t want to appear judgmental.

Editor’s Note: While Live Action is a non-religious organization, we believe that this article will be helpful to the many pro-lifers who are Christians. In addition, its message is appropriate for everyone who desires to take a stand against injustice in our day. This article was first published on Live Action News on April 2, 2013.

Saint Neutral is a popular man. From the seaside churches of California to the awe-inspiring cathedrals of Europe, his name is spoken with a smile. Even unbelievers cherish Saint Neutral, because when it comes to sensitive and controversial social issues, he declines to take a firm stand.

“I neither support nor oppose it,” he declares charmingly. “My desire is to spread the love of Christ, not to choose sides in politics.” 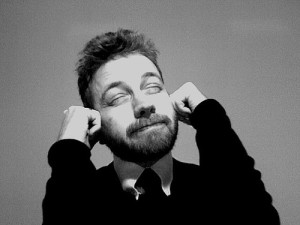 The mass appeal of Saint Neutral’s words is undeniable. That’s why he has endured among us for so long. You see, he was there in the days of American slavery. He was alive and present in Nazi Germany. And he’s still active today. Many of us know him well. Let me tell you a story about Saint Neutral.

Imagine a typically stuffy day in rural Alabama, 1856. There is a new preacher in town, and today he calls on Horace, a rich plantation owner. The two men relax on a shade-covered balcony as they grow acquainted with one another. As they chat, the preacher glances into a nearby field, where a group of muscular young slaves is hoeing weeds.

“I hope ya ain’t offended by the way we do thangs ‘round here,” blurts Horace awkwardly.

“Not at all,” the preacher replies with a smile. “I am neither for nor against the practice of slavery. I am here only to share the love of Jesus.” At that Horace grins widely, revealing his partial set of tobacco-stained teeth.

The front door creaks open, and an elderly house slave hobbles out, holding a pitcher of freshly brewed sweet tea. She slowly pours a glass for the preacher, then one for her master. As Horace eagerly grabs for the delicious refreshment, the glass is knocked from the slave’s hands, spilling sticky tea all over Horace’s most fashionable pair of pants.

“You clumsy animal!” shrieks Horace. Rising suddenly, he begins to beat the African woman with his bare fists. The preacher takes a sip of his sweet tea. When Horace finishes, he sits down, pours himself another glass, and takes an angry gulp. As the slave crawls away, the preacher calls out after her, “God loves you!”

As you may have guessed, the preacher in our story was none other than Saint Neutral. He has many names, many faces, but his conduct is always the same: blatantly refusing to stand against the injustice staring him in the face.

That’s what he did in Nazi-occupied Europe: nothing. That’s what he did during the days of gross racial inequality and segregation in America: nothing. In any of these times, was his refusal to speak out against the oppressor a respectable strategy for evangelism? Or was it indescribably callous to the ones being oppressed?

Now let me ask you this: is the Saint Neutral of today doing any better? Has he learned his lesson? I hear his voice in the church. I heard him speaking just recently when a friend of mine told me, “I am neither pro-life nor pro-choice. I just care about winning people to Christ.”

So, my neutral friend, are you neither pro-slavery nor anti-slavery? Neither pro-Nazism nor anti-Nazism? Neither pro-genocide nor anti-genocide? Does your conscience truly tell you that this is just, or have you simply learned to silence it as our culture has commanded you?

Friends, we have become so afraid of losing potential converts that we, like Saint Neutral, have learned to overlook the injustice staring us in the face. True, abortion is often considered acceptable – sometimes even sensible – in our culture. But so was slavery. Had you lived in antebellum Alabama, would you have risen above the times to stand up for the weak, the oppressed, the victims of injustice? Then why won’t you take a stand today?

It’s time we take off our Saint Neutral pendants. They may protect us from conflict, from mockery, from being labeled intolerant bigots. But they lead us to apathy, and apathy tolerates gross injustice. Inequality can be defeated when the just rise up. Brothers and sisters, join us as we stand up and speak out for freedom, equality, and life!