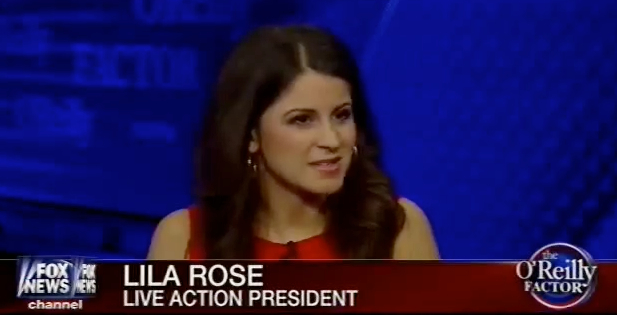 Reading the different comments that people have posted will strike you. There is an overwhelming gratitude toward Live Action and Lila Rose for exposing this issue. Here are just some of those comments:

Thank you for shining light into the darkness to expose the horrors that go on in the P.P. clinics….hopefully the cold truth will cause young girls to think about what they are about to do.

Scary reality we live in.

Thanks Live Action for exposing it.

I am just concerned, regarding the trial of that abortion “Dr”; when they keep saying that he killed the babys “that were born alive”…? Whether they survived the invitro massacre, or were killed after they passed thru the birth canal…they had all been viable lives, slaughtered…in or outside the womb! Thank you, for keeping this terrible issue, out front and prominently, in the news.

Thank you for being a friend to humanity.

Thank you Lila..you are my hero. People need more GOD in their life! Life starts at conception! Both a human body and soul!

I’m AMAZED at the incredible courage it takes to do what Lila is doing. This is something we should all support. She exposes the fallacy that abortion is “safe, legal, and rare.” I pray for mercy on our country for all the precious children that have been aborted. Hollywood and the media have tried to sanitize what abortion really is. It not only destroys/kills children, it leaves lasting damage on a woman’s soul.

I’m glad Lila is speaking out.

I find it amazing that in the “land of the free” a cat has more rights and freedom than a child, born or unborn. It’s a living thing, period.

I, too, am thankful for Lila and Live Action’s boldness in addressing the murder of the youngest members of our society.