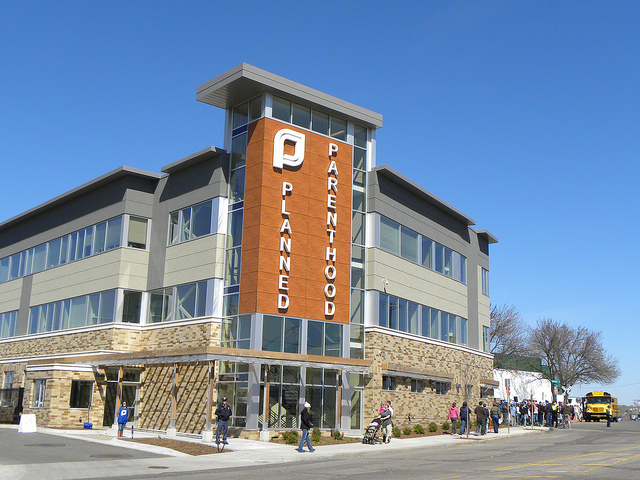 Last month, President Obama released a video in which he applauded Planned Parenthood and vowed his continued support of the organization. In this video, he expressed his belief that Planned Parenthood promotes the health of women:

So when some professional politicians casually say that they’ll get rid of Planned Parenthood, don’t forget what they’re really talking about: eliminating the funding for preventive care that millions of women rely on and leaving them to fend for themselves. That’s why last year when Republicans in Congress threatened to shut down the government unless we stopped funding Planned Parenthood, I had a simple answer: “no.”

He praised them for being “a mission that stands above politics,” and he promised to never stop fighting for them.

Fast-forward from last month’s video announcement to last Friday’s employment announcement, which further tied the president to Planned Parenthood. Tait Sye, once a media director for Planned Parenthood, has now joined the Department of Health and Human Services as the deputy assistant secretary for public affairs.

The American Center for Law and Justice spoke of the significance of the decision: “Normally, an appointment to a deputy assistant to anything in our federal bureaucracy is hardly worth a mention. But this personnel choice is yet another indication of the tight relationship between the president and Planned Parenthood.”

“The Obama administration and HHS have demonstrated their unrelenting bias in favor of the abortion industry throughout the healthcare debate and in the way in which the law is being developed,” stated Charmaine Yoest, president of the Americans United for Life.

While a spokesperson for Planned Parenthood, Sye spoke of his opinion concerning the provision of birth control: “Birth control is basic healthcare and women should have access to birth control, no matter where they work[.] … It should not be left up to a boss’s personal beliefs whether his employees should be allowed birth control coverage[.]”

What does this mean for our politics in the months and years ahead if Obama stays in office?

Do we want the agenda of Planned Parenthood to become America’s agenda? This is where the Obama administration would like to take us.