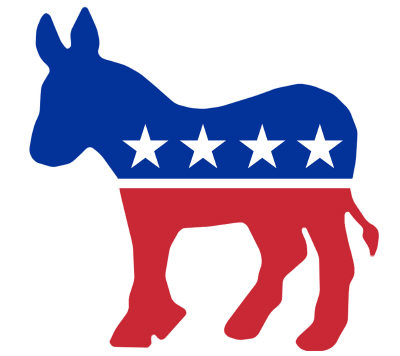 What happened to the big tent?

While the Democratic party has been known for its pro-choice politicians and supporters before, the party today is made up of and being run by some of the most extreme pro-abortion politicians and by the most pro-abortion president this country has ever seen. President Obama’s abortion record has been troubling to pro-lifers from the start, and he has been the cause of only more worry throughout his first term.

I am 21 years old, and ever since I could go to the booth, I’ve been a committed pro-life voter. While I have always been pro-life, I aligned myself with the Democratic party until I was 18 years old. Since I was 17 when Barack Obama was elected, I still considered myself a Democrat then, and I supported Obama. I remember even wearing my Barack Obama T-shirt in school the day after the election.

But 2009 changed my perspective. Since I wasn’t able to vote, I’ll admit that I didn’t do much research regarding Obama’s stance on the issues. When Obama came into office, though, he made his pro-abortion stance to the American people increasingly clear.

We now know that Obama’s health care plan will involve forcing Americans to pay for contraception and even a monthly surcharge towards abortion. When amendments were still being added to the bill, however, a pro-life Democrat congressman from Michigan, Bart Stupak, attempted to add an amendment which would stop abortion promotion and funding. Yet Obama came to a so-called agreement with Stupak and instead issued an executive order regarding abortion funding. As many pro-life groups predicted at the time, however, this “agreement” in the long run did not amount to much. Rep. Stupak put support behind the health care plan and decided not to seek re-election after serving Michigan’s 1st district since 1993. When asked about Scott Brown’s senate victory in Massachusetts, Stupak had this to say: “I think for the party, it’s hopefully a wake-up call to leadership that the agenda you set and the pace you’re going…you have to be more inclusive of all members.” While his statement was not specifically about the issue of abortion, it still could very well ring true for the Democratic Party particularly regarding abortion.

Obama not only remains the most pro-abortion president to date, but he is stringently committed to being so and has mentioned that he will “not give any ground” on the issue.

Besides President Barack Obama himself, one doesn’t need to look far to see how the party feels about abortion and about those who disagree with such a stance. The chair of the DNC, appointed by the president, is Congresswoman Debbie Wasserman Schultz from Florida. Ms. Wasserman Schultz is a strong advocate for abortion and has said that it is “an extreme and radical step” to put forth an amendment (she was speaking specifically about Mississippi) affirming that life begins at conception. The congresswoman is also an avid supporter of Planned Parenthood, has been called a “heroine” by Cecile Richards, and was against a congressional investigation of the organization. Ms. Wasserman Schultz also has said recently that only women who support “access to birth control” should be elected. These were statements from her speech at the Women 2020:

I think we have to be cautious about who is, you know, just celebrating that a woman got elected to a particular office and make sure that we have women who are running and winning who are going to champion the causes of women — who are going to make the agenda that is important to women like… ensuring access to birth control and making sure that health care is a priority and that it’s affordable…

So, electing just any woman shouldn’t be the goal. Electing a woman who is going to make the issues important to women and families is really should be the focus and I don’t know if we made as much progress on that as we should.

As Obama campaigns for re-election, his strong commitment to abortion supporters and organizations has certainly been reflected in the way in which the Democratic National Committee has been planned.

The DNC Platform Committee is being planned by political consultant Andy Grossman, who is not only an abortion advocate, but, according to the article, “is head of Grossman Solutions, a political consulting firm that the nation’s biggest abortion business has hired as a strategist for its political operations.”

Interestingly enough, also on board with the Platform Committee is Nancy Keenan, who does not hold public office but who will actually be leaving her post soon as the head of NARAL, a pro-choice group. President of National Right to Life Committee Carol Tobias had fitting remarks about the inclusion of Keenan: “NARAL’s Keenan placed on DNC Platform Committee. Guess their radical pro-abortion position won’t be changing any time soon.”

Democrats for Life of America (DFLA) has stated that since 1978, the number of pro-life Democrats in the House has shrunk from 125 to only 17. The organization believes that this is why pro-life Democratic districts have instead elected Republicans.

While the national Democratic party remains strictly pro-abortion, organizations like DFLA and American citizens, from former Democratic president Jimmy Carter to ordinary citizens who have signed an online petition requesting that the party be more “big tent,” have certainly made plenty of calls for the party to be more inclusive of Democrats with pro-life beliefs.

DFLA was able to submit a platform to the DNC urging an abandonment of such a strong pro-abortion stance, including support for taxpayer-funded abortions. The following statement was heard and considered but was ultimately rejected just a few days ago:

However, we can find common ground. We believe that we can reduce the number of abortions because we are united in our support for policies that assist families who find themselves in crisis or unplanned pregnancies. We believe that women deserve to have a breadth of options available as they face pregnancy: including, among others, support and resources needed to handle the challenges of pregnancy, adoption, and parenthood; access to education, healthcare, childcare; and appropriate child support. We envision a new day without financial or societal barriers to bringing a planned or unplanned pregnancy to term.

While the Democratic party has certainly had pro-abortion politicians within the party before, it is the administration of Barack Obama, as the most pro-abortion president this country has ever seen, which has shown just how pro-abortion a party can be. Jimmy Carter himself was a former Democrat president, and his testimony shows that the party was not always like this.

Note: The Democratic National Convention will be from Monday, September 3 until Thursday, September 6. Democrats for Life of America will still be at the convention and will be showcasing an event on September 4.