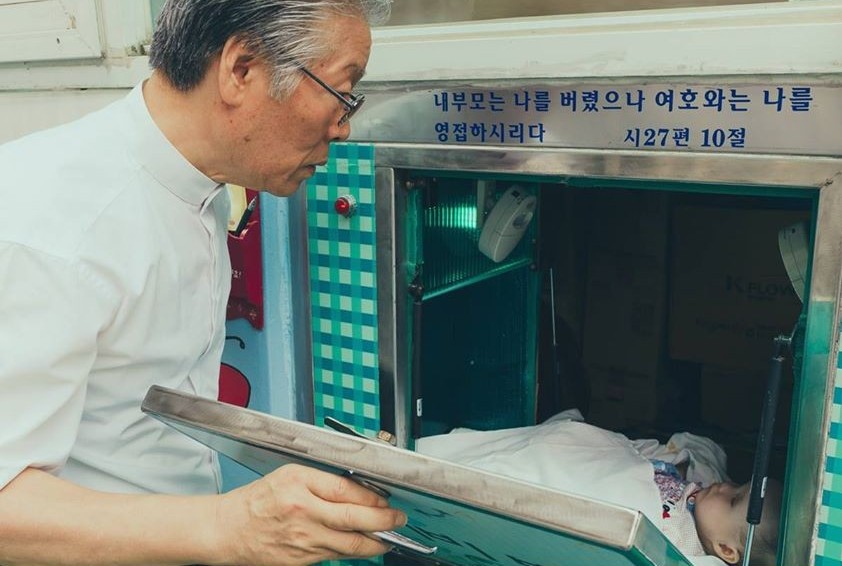 “I used to think of something bad…”

Lee Jong-rak is a Korean pastor in South Korea. A simple man with a huge purpose, Pastor Jong-rak saw a devastating problem. He thought of a way he could change it, and he became a prophetic voice to his society. His story is a story of faith. A story of hope. A story of love. And when you hear this heroic tale, you just may never be the same. 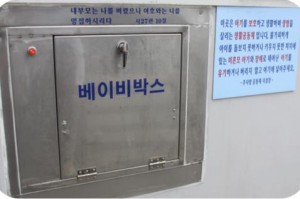 Lee Jong-rak is the creator of the Baby Box. His Baby Box is the first and only box in Korea that is for collecting abandoned babies who are physically or mentally handicapped or are just unwanted by their mothers.

Hundreds of unwanted babies are abandoned on the side of the street in South Korea every year. Jong-rak knew he needed to set up a way to save the lives of these precious babies.  He built a drop box on the side of his home with a humble sign reading, “Place to leave babies.”

The inside of the box contains a thick towel covering the bottom, and lights and heating to keep the baby comfortable.  A bell rings when someone puts a baby in the box, then Jong-rak, his wife, or staff associates come to immediately move the baby inside. His aim was to provide a life-giving alternative for desperate mothers in his city of Seoul. He even admits that he didn’t really expect that babies would come in– He was mistaken. The babies came. In the middle of the night, in the middle of the day, some with notes, some without a word, and only a very few mothers actually spoke to him face-to-face. Pastor Jong-rak stated that one of the mothers said, “she had poison to kill both herself and her baby.” He responded, “Don’t do that. Come here with your baby.” One single mother left this heart-wrenching note with her baby. The English translation follows. 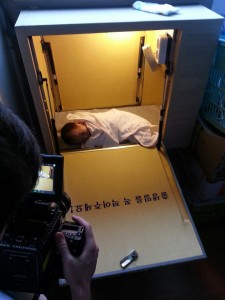 My baby! Mom is so sorry.
I am so sorry to make this decision.
My son! I hope you to meet great parents, and I am very, very sorry .
I don’t deserve to say a word.
Sorry, sorry, and I love you my son.
Mom loves you more than anything else.
I leave you here because I don’t know who your father is.
I used to think about something bad, but I guess this box is safer for you.
That’s why I decided to leave you here. My son, Please forgive me.

My breath was pulled from me as I read, “I used to think about something bad but I guess this box is safer for you.” Yes, this little box is a safer place than the plans that once haunted this single mother’s mind. Because this box was an alternative, she chose life. Thus, this box would be the beginning of an previously undreamed ministry in Korea, the ministry of the Baby Box. 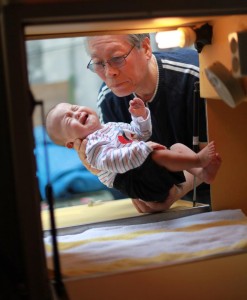 The story of this man and his baby box is reaching the entire world with it’s own 72 minute documentary called “The Drop Box” by a young 22 year old, Brian Ivie. The documentary just won the “Best of Festival” Jubilee Award & “The Best Sanctity of Life” film award at the 8th annual San Antonio Independent Christian Film Festival this past February. Ivie was stirred to do the film after reading an article in the LA Times about Pastor Jong-rak’s mission, and he decided to go to Korea to make the documentary.

After seeing the testimonies of this orphanage up close, Brian Ivie’s life was changed. In his acceptance speech, Ivie said, “These kids are not mistakes. They are important.” He went on saying, “I became a Christian while making this movie. When I started to make it and I saw all these kids come through the drop box – it was like a flash from heaven, just like these kids with disabilities had crooked bodies, I have a crooked soul. And God loves me still. When it comes to this sanctity of life issue, we must realize that that faith in God is the only refuge for people who are deemed unnecessary. This world is so much about self-reliance, self-worth, and self-esteem. It’s a total illusion that we can be self-sufficient. Christ is the only thing that enables us.”

The documentary that changed Brian Ivie’s life is bound to change the lives of the film’s audience. They are currently in the middle of negotiations with a major studio to release the film all over the world this fall. For now, they are asking people to join their mailing list (dropboxmovement@gmail.com) and join their page on Facebook from the link on their website www.dropbox-movie.com. 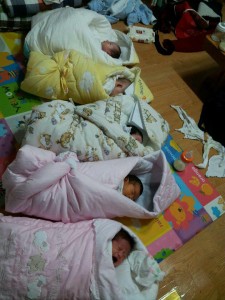 As I scrolled through the stories on Facebook, I was overwhelmed to see a post dated as April 17th where one of the staff members of the Baby Box orphanage stated that they had received 5 babies in one week and to pray for them. There beside her request was a picture of five beautifully bundled babies. In my head, all I could think was, “This is the real thing. This ministry is the real thing.”

Korea is not the only place that deals with child abandonment. Globally, millions of children die from abandonment. It takes different forms from country to country. In the United States, abortion serves our abandonment purposes and they call it a “woman’s choice.” Our nation is still struggling to see that these babies are human beings, too. They deserve to live just like any other human being.

With incredible men and women like Pastor Lee Jong-rak, this world is seeing how life can be for these babies when we take them in; when we become a voice for the ones that cannot speak up for themselves. They are loved, they are cherished, and they are worthy just the way they are.

“They’re not the unnecessary ones in the world. God sent them to the earth to use them.”
-Pastor Lee Jong-rak, The Drop Box documentary

Watch the documentary trailer for The Drop Box here but grab some tissues first.

“The Drop Box” – Documentary PROMO from Brian Ivie on Vimeo.

Editor’s Note: This article was first printed at Bound4Life on May 28, 2013, and is reprinted with permission.