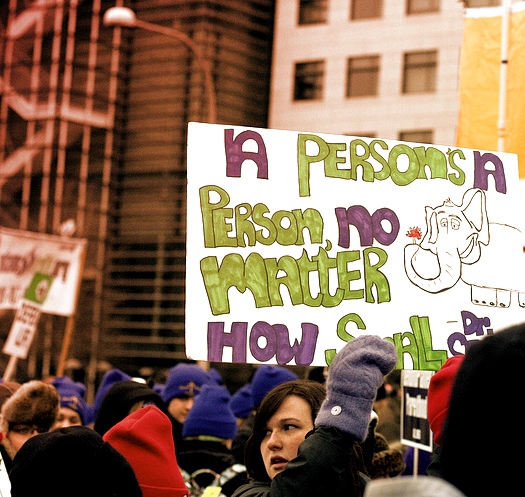 The abortion lobby had a lot invested in these midterm elections. Wendy Davis, their pro-abortion superstar, was supposed to lead Battleground Texas in their march to turn Texas blue — and pro-abortion.

They gravely intoned that this was another battle in the pro-life “War on Women,” because evidently, women cannot be true women unless they have the ability to kill their unborn children whenever they feel like it. But it turns out that all of that War on Women talk may have backfired — post-election polling shows that while abortion did have a big impact on the elections, it was the opposite of what the abortion lobby was expecting.

A new post-election poll of actual voters conducted by The Polling Company/ WomanTrend, found that the issue of abortion once again played a key role in the mid-term elections, and that National Right to Life and its state affiliates were key to getting out the pro-life vote for pro-life candidates.

This isn’t entirely surprising, as half of all Americans identify as pro-life, and even the ones who do identify as pro-choice rarely take views as extreme as the ones espoused by Wendy Davis, Planned Parenthood, and the abortion lobby.  Pro-life groups were massively outspent by pro-abortion groups like Planned Parenthood, NARAL, and Emily’s List — but voters still rejected pro-abortion candidates the majority of the time.

We are not a nation of pro-abortion extremists, despite the best efforts of the abortion industry to force us to be. The midterm elections have proven that to be true once again.