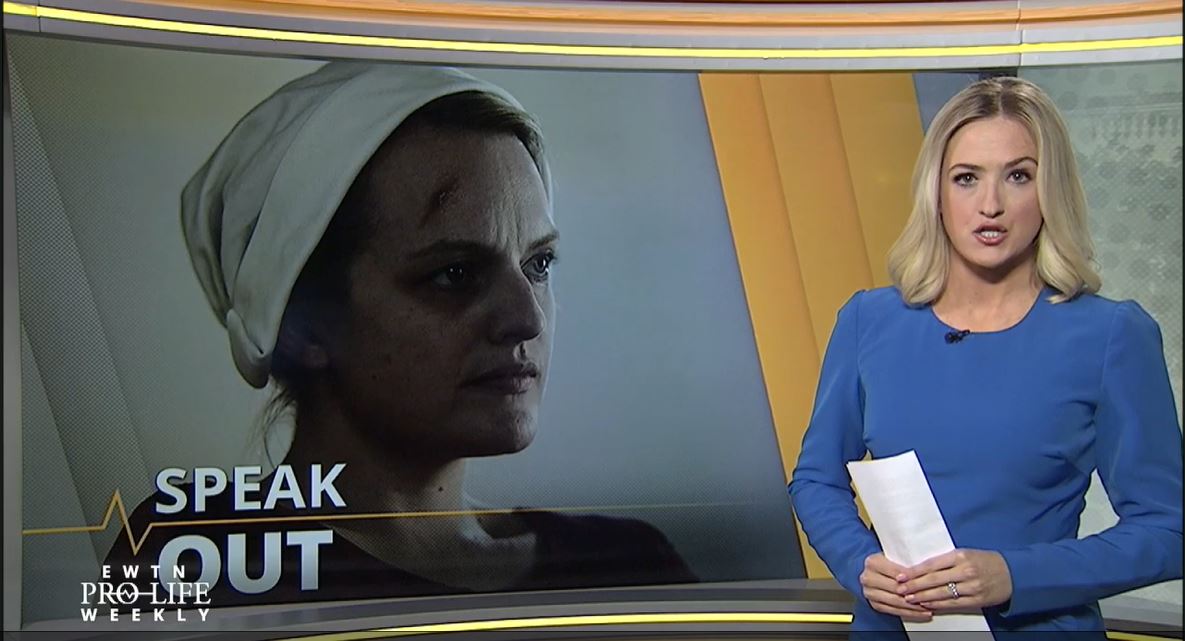 A recent episode of the popular Hulu show ‘The Handmaid’s Tale’ offered a one-sided mischaracterization of pregnancy resource centers, serving as the latest example of a concerted campaign in the media to discredit and smear the life-saving, and often free, work done every day by pro-life organizations across the country.

In the scene, the character Janine has a flashback to an experience of unplanned pregnancy and a consequential encounter with a pro-life pregnancy resource center. The Hollywood Reporter summarizes the plotline: “[T]he clinic that she arrives at, after a Google search, is not what it appears to be. When Janine arrives, a woman feeds her propaganda about abortions, sighting [sic] false information about the procedure and side effects. As she finds out later, these anti-abortion crisis centers exist to lie to women in order to manipulate them into keeping unwanted pregnancies, due to the dropping fertility rate in the world of The Handmaid’s Tale.”

Madeline Brewer, the actress who portrayed Janine, is quoted as saying, “The scene felt heavy because it felt important, to me, for people to hear what women who are seeking an abortion go through; the ways that they are manipulated. I think that what we show on the show is actually one of the more mild cases of it.”

Despite unrelenting efforts to portray them poorly, the truth is that pregnancy resource centers provide invaluable services to women and their children, both emotionally and materially. These services, often provided completely free of cost, range from free pregnancy tests and ultrasounds to parenting classes and “earn as you learn” rewards programs that enable new parents to earn car seats, cribs, and more. These centers are clear upfront that they do not offer or refer for abortions. The cost savings to local communities associated with pregnancy care center efforts is estimated to be in the tens of millions annually. Countless babies’ lives have been spared, and their parents spared the devastation and regret of an abortion decision. Pregnancy resource centers particularly shone during the pandemic, as many women and families considered abortion in the face of overwhelming financial concerns.

READ: ‘Call the Midwife’ implies legal abortion is clean and safe. But is it?

EWTN Pro-Life Weekly’s host Catherine Hadro noted that smearing the pro-life cause, in general, is not new for the makers of ‘The Handmaids Tale,’ commenting, “Many creators [of the show]…have been vocally pro-abortion and have compared pro-life laws to the show’s plot of enslavement” of fertile women by the government in an attempt to solve a global epidemic of infertility.

Devastatingly, in the exact same episode, Janine also has flashbacks to her time with her “wanted” child Caleb. The same actress who spoke positively of abortion as an option for an unplanned pregnancy celebrated the humanity of the character’s wanted son. “I’ve always known that Janine first and foremost wants to be a mom. But not just in the physical parts of pregnancy and breastfeeding, but taking care of her child. Being the one who wipes their tears, puts a bandaid on their knee — all of the mundane, day-to-day stuff of motherhood. That’s what Janine treasures the most in the world. So seeing even a little glimpse of that was really special for me.”

The inability of ‘The Handmaid’s Tale’ to see the humanity of the preborn human in every case, regardless of the arbitrary criterion of wantedness, is both frightening and sadly reflective of the contradictory values many people hold.