(Indiana Right to Life) Reannin had one option when she found out she was pregnant with her fifth baby.

Or so she thought.

“I was dead set on abortion,” she later said. “I thought, ‘Not gonna happen, nope, nope, nope.’ I had four kids already, this wasn’t planned. At first, it was just denial. ‘I’m not pregnant. I’m not doing this, not having this baby.’”

With that, Reannin walked into Women’s Care Center and the trajectory of her life changed.

“I told [the counselor] about my plan to get an abortion, and the counselor explained all the procedures to me in a truly non-judgmental, really supportive way,” Reannin said. “She told me my choices, including giving me the option to have the baby. At the time, having the baby hadn’t even crossed my mind!”

Along with the realization of a second choice came the knowledge of her baby’s biological reality and the procedure that almost ended her.

“I didn’t even understand what all went into an abortion– I thought it was just taking a little pill and then it was all done,” Reannin said. “But then I realized there was a heartbeat. Realized it was a baby! And it’s been a baby from the very start.”

At that first appointment, Reannin watched as her baby’s image was emblazoned on the ultrasound screen. 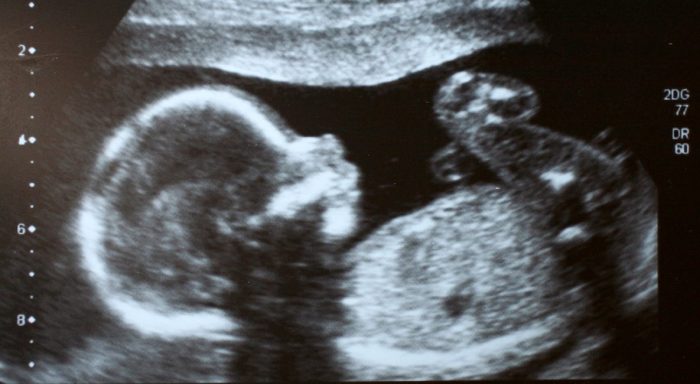 “It was at that very first ultrasound that I decided I was going to have her,” she said. “The first thing I ever remember seeing was the top of her head. And just like that, I thought, ‘I want her! I’m having this baby. This is going to happen.’”

Her child was small—the same age most babies are when aborted in the U.S.

“She was only 10 weeks old, but she was already this baby—arms, legs, kicking, moving,” Reannin recalled. “And I’ve had four other kids before! But even as a mom of four, I still didn’t even realize the way a baby developed. I couldn’t have told you that was a baby until I saw a Women’s Care Center early ultrasound.”

Over the years, thousands upon thousands of women just like Reannin have walked through Women’s Care Center’s doors to have their lives changed in the best way possible.

The pregnancy help organization, which has 33 locations across the U.S., was founded in South Bend, Indiana in 1984. That first year, the center served 300 women. Today, the centers serve over 400 women every day.

In Indiana, the organization’s 16 centers have expanded their reach so that one in eight babies start with one of their centers.

Part of that success they attribute to Indiana’s Pregnancy and Parenting Support Program, an initiative that provides funds for services that promote childbirth rather than abortion. Supported by Indiana Right to Life, the program was first signed into law by then-Governor Mike Pence in 2014. Through this program, the Indiana State Health Department hires Real Alternatives, a privatized social services program, to serve women like Reannin across the state.

The initiative has served more than 76,000 women with life-affirming services since 2014.

Women’s Care Center is one of six Real Alternatives providers throughout the state that receives reimbursement for services, such as parenting classes, counseling, and material resources.

“We could not have expanded in the way that we have without Real Alternatives, there’s no question about it,” said Ann Manion, volunteer president for Women’s Care Center.

READ: Indiana’s 18-hour abortion ultrasound law is back in effect

Manion says that in the years since the program started, her Indiana centers have seen an 82 percent increase in positive pregnancy tests. In 2019, the centers served 10,702 pregnant women.

Since Real Alternatives began, Women’s Care Center has been able to do even more than increase client intake.

One program offers a parenting booklet called “Raising Kids with Character,” a resource that highlights easy ways for parents to raise children with virtues, like honesty, patience, and kindness. Manion said this booklet would have been impossible without Real Alternatives funding.

With enough room in their budget to think creatively, Manion believes the centers have been able to further empower women in the choice for life.

“I want others to hear my story.”

“It took a while, but I realized that I was ready for this,” she said. “I am a grown woman! I can have this baby—it’s not such a big deal. After I had Agnes, I came right back to Women’s Care Center. I’m grateful to have someone in that first, really scary time. To have someone with me.”

That support saved Agnes’s life, and a lifetime of heartache for Reannin herself.

“Now that I have her, I feel so guilty about what I almost did,” she said. “The guilt really hit me. I can’t imagine what life would be like if I’d gone through with it.”

Reannin is clearly aware of the very real alternative she took to making an appointment with Planned Parenthood.

Now, Reannin is speaking out so that other women facing similar circumstances will find the help that she did.

“I want others to hear my story, especially other women in my position,” she said. “If anyone is in that situation, it’s a really tough place to be. You feel like you get judged either way, no matter what decision you make. We are so judgmental of others’ choices.

“But I was never judged at Women’s Care Center. Women’s Care Center is truly wonderful. It’s very, very helpful to women in all walks of life. I’m most grateful for the early counseling, having that person who’s there for you. You’re going to make your own choice and they’re going to very kindly help you through the process.”

That process, one without judgment and one that is steeped in kindness, is what led her to Agnes.

“Now that I have Agnes, I wouldn’t give her up for anything,” she said. “I love her SO much. I want people in my situation to know it’s ok to have your baby. You’ll be ok! It’s hardest in the first moment, when you find out, and it may be hard in the future, but you will be ok. You can do it. That’s what I want people to know.”

Note: This story has been adapted from an interview collected from Women’s Care Center.

LAN Editor’s Note: This article was published at Indiana Right to Life and is reprinted here with permission.