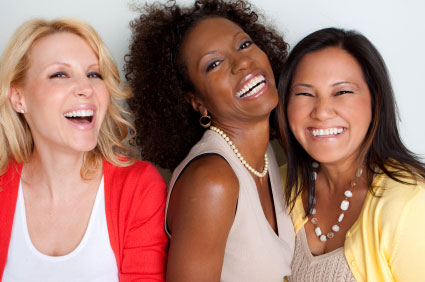 In the forty years since Roe v. Wade, life has been increasingly treated like a disposable commodity, not as a right inherent in every human being. And yet, for the first time ever, Americans have selected a president who has promised to defund Planned Parenthood, America’s abortion corporation. President-elect Donald Trump has also pledged to uphold pro-life laws like the Hyde Amendment, which protects taxpayer dollars from being spent on most abortions.

“I will protect it, and the biggest way to protect it is through the Supreme Court and putting people in the court…” Trump told O’Reilly.

In September, Trump released a list of potential Supreme Court justices that he will consider for nomination to fill empty seats — such as that of the late, pro-life justice, Antonin Scalia. The Trump campaign called the list definitive, stating that Trump would choose only from it in picking future justices of the United States Supreme Court. The Federalist Society, The Heritage Foundation, and other organizations and pro-life individuals helped in composing the list.

In an interview with David Brody of CBN, Trump also made a specific promise to defund Planned Parenthood. During the interview, Trump said that as long as Planned Parenthood was performing abortions, it should not receive government funding.

During the 2016 election cycle, Planned Parenthood and its affiliates spent over 30 million dollars; yet despite their massive spending efforts, they were unsuccessful in convincing Americans to support the extreme pro-abortion policies of Hillary Clinton and other politicians. Clinton promised to expand abortion — both internationally and through taxpayer funding at home — and Americans saw the inhumanity and injustice in her plan.

Google News Lab shows that abortion was the top policy issue included in searches of Clinton’s name and the number two issue included in searches of Trump’s name. … “The abortion issue has consistently been on voters’ minds this election,” Susan B. Anthony List President Marjorie Dannenfelser said. “In the days leading up to the election, abortion has been the top issue voters are searching for related to both candidates.”

Planned Parenthood understood how much was at stake with the 2016 election, but so did the American public. To the abortion giant, it was literally their enormous profits vs. the value of human life. Cecile Richards, president of Planned Parenthood — whose annual salary has reached nearly $1 million — reacted to Trump’s election, telling MSNBC:

I think that Roe vs. Wade was on the ballot in this election. I know that Mr. Trump has said that in his acceptance speech that he was going to govern for all Americans.

If he is going to govern and represent all Americans, this is a right. The right to safe and legal abortion is a right women have had in this country for more than 40 years, and it is supported by people of all parties, so it is important, and we will absolutely be fighting for a justice of the Supreme Court who supports this right for women.

However, despite Richards’ insistence that governing for all Americans includes supporting abortion, I realize as a young twenty-something that one-third of my parents’ generation is missing due to abortion. That is a staggering figure that many in my generation are internalizing. We reject abortion as necessary to a civilized society. The good news is that we are not the only ones making this realization. Women of all ages are beginning to reject Planned Parenthood and abortion as solutions. A new report from the CDC reveals that the number and rate of abortion in the U.S. is lower that it has been since 1971.

Additionally, numbers demonstrate that the profit Planned Parenthood makes off of abortion is down. An article published in the Federalist in 2015 notes that “Planned Parenthood sees hundreds of thousands fewer women in its clinics now than it did in 2006.” In part due to dozens of new pro-life laws, Planned Parenthood performed 3,600 fewer abortions last fiscal year than in 2013-2014. And although government aid to Planned Parenthood has increased under the pro-abortion Obama administration, private contributions have decreased. The Susan B. Anthony List also detailed polling, noting that “when asked specifically about taxpayer funding of abortion, polls consistently show a healthy majority of Americans, 60 to 70 percent, oppose their tax dollars funding abortion.”

As the culture shifts and more Americans grasp the inhumanity of abortion and the beauty of choosing life, I am more confident than ever that we will see abortion abolished in our lifetime.