(Newsbusters) MSNBC is predicting doom and gloom for Planned Parenthood’s future. It’s been a long time coming, though, considering that the abortion giant’s future depends on ending others’ futures. 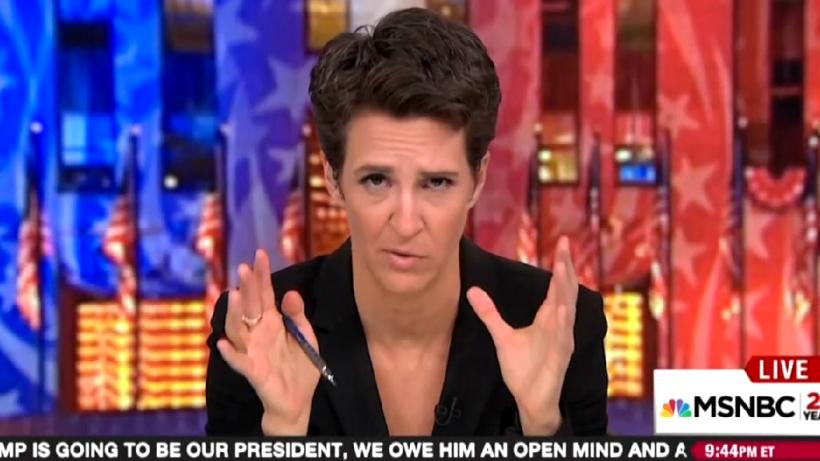 During her MSNBC show Wednesday night, host Rachel Maddow invited Planned Parenthood President Cecile Richards on as a guest. With Richards, Maddow focused on the “risk” to abortion and fretted about a “doomsday scenario” after Donald Trump’s win in the 2016 presidential election.

For an answer, Maddow turned to Richards.

“Am I right to ask about a doomsday plan?” Maddow pressed. “Do you see this as a doomsday scenario for reproductive rights?”

“Planned Parenthood’s been around for a hundred years,” she said, “and we’ve been fighting for the right to reproductive healthcare for that long.”

Maddow next asked about the 1973 Supreme Court case that legalized abortion in America. “Do you think that Roe vs. Wade is at risk?” she asked Richards.

“Absolutely,” Richards responded. “I mean, I think Roe vs. Wade was on the ballot in this election.”

If it was, it didn’t work in Planned Parenthood’s favor. But Richards didn’t dwell on that.

“Mr. Trump has said that in his acceptance speech that he was going to govern for all Americans,” she said. “I hope that includes women, because of course women overwhelmingly did not vote for him, particularly women of color.”

She did not admit, however, that white women “helped elect Donald Trump” – and that’s according the New York Times.

Richards went on to call Roe v. Wade the “right to safe and legal abortion.”

Maddow burst her bubble: “I don’t think you will get a justice of the Supreme Court who will support this right for women.” But Maddow gave Richards a change to encourage abortion supporters in her next question.

“For people who want to recommit themselves to the things in this country that they can control that they think are good for the country, people who care a lot about what you’re saying about reproductive rights,” she asked, “what do you think people can do?”

Richards recommended Americans “join organizations and join movements that represent their – their point of view and their values.” For her, of course, that meant organizations like Planned Parenthood.

Her hope came from “young people” who are “overwhelmingly progressive.”

“[T]hey’re taking action and to me that’s where we’re investing in Planned Parenthood, is a whole new generation of folks who believe in LGBT rights, they believe in women’s rights, and civil rights and voting rights and criminal justice and immigrant rights,” she concluded.

An abortion giant “investing” in a “new generation” is downright ironic. Never mind boasting about protecting Americans’ rights – except for those of society’s most vulnerable: the unborn.

Editor’s Note: This article was originally posted at Newsbusters on November 10, 2016, and is reprinted here with permission.