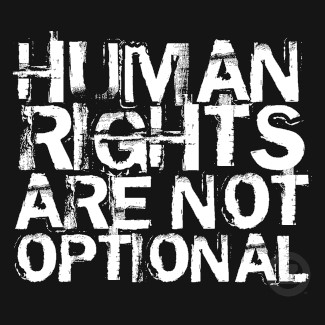 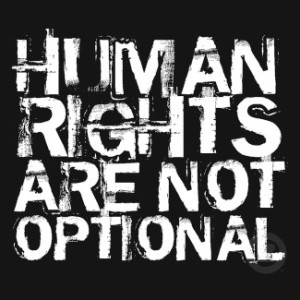 Most arguments for abortion take relatively little effort to dismantle. “It’s not alive and not a human being” are empirically false, which also makes appealing to church-state separation a non-starter. “Embryos don’t have souls” is an assertion the claimant can’t possibly know or prove. Claiming that human rights depend on awareness or viability raises uncomfortable questions about all sorts of afflictions that befall people at every age. The hardships of pregnancy are countered by the ease with which pregnancy can be avoided. And appeals to popularity or emotion are so vapid as to be barely worth mentioning.

The only argument that gives even the appearance of intellectual heft is the argument from bodily autonomy – that whatever an unborn baby may be, he or she has no right to draw protection and sustenance from a woman’s body, and therefore the mother is justified in expelling the “intruder” via abortion.

Pro-lifers often have a visceral reaction to this argument. It rightly strikes our deepest moral intuitions as unbelievably heartless to show such a complete lack of compassion for someone one concedes to be a live human baby. But intellectually, it has an internal consistency that can seem daunting to the uninitiated. There aren’t any scientific facts to be corrected, and it sounds like it’s appealing to the same individual-rights framework we are.

This apparent strength, however, is deceptive. In fact, it can be completely unraveled with two little words: “why not?”

“The baby has no right to live in that womb” is presented like a self-evident point, but it’s actually another eminently questionable premise. And dissecting it is the easiest way to turn the tables on its fans.

Any claim about individual rights necessarily presupposes there is some kind of source for those rights, a philosophical starting point from which all justice is derived. Before going any farther in discussion with a bodily-autonomy absolutist, challenge him to explain what starting point he’s using.

Assuming he doesn’t respond by sputtering something inane about it being obvious to everybody but you Christian Taliban nutjobs (at which point you’ve essentially won the argument), these are the most common philosophical foundations for individual rights:

Rights come from government or societal consensus. This is just a thinly-veiled “might makes right,” and all but an admission that your opponent is just making it up as he goes along. These are both much too subjective and arbitrary to take seriously. Government’s purpose is to safeguard our rights, and the point of having a constitution is that there are things the majority shouldn’t be able to do to a minority. Not only would adopting this view imperil all of our rights by making them entirely dependent upon the whims of our politicians and our neighbors, but it can’t even be a reliable defense of abortion – there’s no reason abortion rights should be exempt from society’s ability to change its mind about what rights it grants.

Rights are given by God. Despite being the basis for the Declaration of Independence and therefore the entirety of American law, it’s a pretty safe bet this won’t be a popular explanation for those trying to explain why it’s just to lethally evict God’s children from the womb.

Rights are derived from rationally examining nature. This is the most sophisticated theory, its foundations dating back to the Enlightenment thinkers like John Locke, who shaped much of our Founding Fathers’ ideas about liberty. Basically, the ideas is that we own our bodies because nature has given them to us upon our creation, and nobody else has a natural claim to them. Therefore, we may not be killed, harmed, or forced into servitude without our consent.

Pro-aborts equate pregnancy with forced servitude, claiming a woman has no obligation to let her children develop within her because she never gave express consent for them to do so, and even if she did, she reserves the right to reassert ownership of her bodily resources and revoke the unborn baby’s right to use them. Superficially, that sounds like it could be a reasonable inference from Lockean natural law theory…until you start to think about it.

For one thing, there are numerous problems with the analogy. Even without explicit permission, in the vast majority of pregnancies, the mother gave tacit permission by agreeing to risk creating the baby, meaning she does indeed have a certain level of responsibility for his or her well being. And even if she did have a right to evict her son or daughter, it wouldn’t automatically follow that the methods by which she may do so are unlimited – if I find some drunk has broken into my house and is passed out on my couch, I have the right to kick him out and have him arrested, but I don’t have the right to put a shotgun to his head and blow him away while he’s sleeping. Similarly, there’s no reason a general right to remove an unwanted baby from one’s womb would entail a right to have him or her intentionally killed by abortion.

But most importantly, if we’re trying to derive rights from nature, we have to look at what they baby is endowed with, too. Simply put, nature places that baby in that uterus. He or she isn’t some fluke or foreign entity, but a natural result of the reproductive process working correctly. Sustaining developing offspring is the uterus’s biological function. So from a natural-law perspective, the unborn baby most certainly does have the right to his or her mother’s bodily resources.

The role of woman as mother means that she (like the father) [emphasis added to preempt trolls crying sexism – CF] has a responsibility to her offspring that she does not have to strangers. And while that responsibility does not obligate her to do extraordinary things, such as taking trips to Disneyland or donating kidneys, it does obligate her to do ordinary things, such as feeding, clothing, and sheltering her offspring.

To do otherwise would be parental neglect. In fact, Western countries have made it illegal for parents to neglect their children. And so, maintaining pregnancy is simply doing for the unborn what parents must do f or the born—providing the shelter and nourishment a child needs. It is what is required in the normal course of the reproduction of our species.

From there, pro-aborts have few remaining escape hatches, none of which impress. So there’s no need to fear. Just force them to show their work, and the steps they’ve skipped become readily apparent.