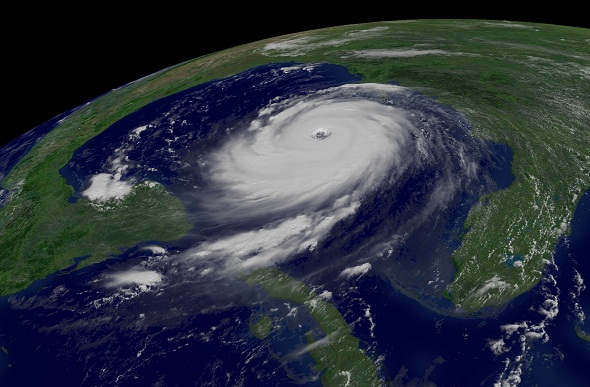 Not all storms come with wind and rain.

All the way to the Midwest, millions are experiencing rain and gusting winds – the effects of Hurricane Sandy, which made landfall Monday evening, October 29. The killer storm has stopped all air traffic and closed highways, schools, businesses, and the NY Stock Exchange.

The presidential candidates suspended their campaigns, though we are still getting their statements. The storm and the election completely dwarf all other news, including the World Series sweep. One week before the presidential election, it is ironic to see only two large-scale news events – one with a polarizing influence, the other with a unifying effect on the same nation.

The storm is a time of emergency for leaders to remind us to look out for each other, and they are not ashamed to ask us to pray for each other. The governors from North Carolina to Maine, from Maryland, New Jersey, New York, and Connecticut, have warned people who have to evacuate that they should obey orders and bring necessary medicines, important documents, and pets with them. For those told to stay indoors, they were urged to prepare with supplies of water, food, batteries, flashlights, and fuel.

People are concerned across the country, and especially for their loved ones. It is inspiring to see many volunteers come together to prepare shelters, ready emergency equipment, and bring in crews from other states to restore power.

We become united when there is a threat to life, to homes, to businesses. We can identify so clearly the enemies of our safety and security when natural disasters loom.

For the majority of people, it is not as easy to see threats when they are invisible…when it is the natural law. If only we were more discerning about the spiritual threats to our lives, our homes, and our prosperity. Perhaps then we would find unity. Perhaps even the Church herself would unite.

When experts in meteorology say that there will be high winds, flooding, or power outages, it is not speculation. We do not doubt them and attempt to decide the weather for ourselves. The experts have studied; they have credentials; they work with sophisticated tracking devices and pictures from space to deduce hurricane speed, calculate ocean levels, and estimate rainfall to gauge impact. They even estimate the cost of damages. Not only can they predict a disaster; they watch it unfold.

When experts in the Church say that there are grave threats to life, to family, and to freedom, how do we react? Do government leaders believe them and take their advice to sway their constituents? Do people support their moral authority and demand that for the good of the people, everyone ought to obey the warnings, shut down the abortion clinics, and uphold the First Amendment to the Constitution? We don’t, though – “It is the duty of the Church to teach right from wrong,” according to Archbishop Alan Vigneron of Detroit.

No matter how right the Church is, people are free to ignore the warnings, defy safety measures, and pretend that there are no consequences to immorality. We forget that spiritual leaders have studied, too – that they have credentials, teaching, experience, and history. They are given to us by God to help us to know morality and the natural law. Most of all, the teaching is meant exclusively for our protection, health, and abundance. Why do people not listen? For the same reason why there will always be people in an evacuation zone who will not evacuate.

How do we prevent the evil that threatens our nation? Well, not every storm is the same. Not every storm is a hurricane. Bishop Alexander Sample in Marquette, Michigan makes it very clear. “It is important to understand that not all issues carry the same weight. While some economic and social issues require prudential judgment and there can be a certain degree of freedom in negotiating the best approach to them other issues make a special demand upon our conscience because they are intrinsic evils which must always be opposed.”

Ignoring a hurricane to focus on a lesser storm that poses no threat to human life, sacred institutions, or Constitutional freedom is irresponsible. “We cannot favor the negotiable issues over and against the intrinsic evil of abortion in making our decision to vote for one candidate versus another. While the other negotiable issues are still important, they do not even collectively rise to the level of these true threats to the common good of society,” writes Bishop Sample.

With a hurricane, we, who are not in the path of the storm, can turn off our television and let the storm ride out. We can pretend it didn’t happen, but that won’t prevent the floodwater from coming in. And when millions are threatened, we know that we will all end up being affected.

The Church has warned us about the intrinsic evil of abortion. According to moral theologian Dr. Monica Miller, “[w]hen any group of people are declared non-persons under the law, the rights of all human beings are potentially at risk.” Accepting it in society has given rise to the threat of religious freedom, just as the death of the body will bring the death of the soul. Dr. Miller says, “Through legalized abortion we have lost the moral foundation upon which the entire system of rights and justice depends.” We have seen the deaths of over 53 million from abortion, and the moral damage to society makes it not only a political issue, but it (abortion) is the “preeminent political issue,” says Dr. Miller.

Now we face an election in which one candidate wants to push to further promote practices that the bishops call “grave moral evils”: the threat of abortion and attacks on religious freedom.