We live in a world that prizes perfection, a society where one’s value is tied to his mental acuity, outward beauty, or physical prowess. A place where political leaders advocate euthanizing the handicapped and ill and then get reelected; where a prevailing ethicist teaches that healthy animals have more worth than newborns or the handicapped and becomes the head of bioethics departments in a major university; where medical journals publish articles advocating for infanticide and defend the publication by saying the arguments are not “based on clearly and obviously mistaken premises.” A world where the most dangerous place to live is the womb, and the most dangerous person to be is one with “special needs.” 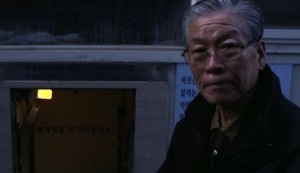 And flying in the face of these beliefs, in the face of this world, is Pastor Lee Jong-Rak, a South Korean minister and testament to what “just one man” really can do. South Korea prizes physical perfection even more openly than we do in the U.S.  Yet a lack of resources and diagnostic tools often means that even more “imperfect” babies are born each year. Whereas we in the United States prize the ability to slaughter the weak in the secret of the womb, under the comfort of anesthesia (for the mother) and the privacy of medical drapes, this is less of an option in South Korea, and the abandonment of children with disabilities is rampant in the country. Despite the fact that this is a crime, families often see no other way – having such a child in one’s family is deeply shameful, not to mention difficult, as resources for, and even knowledge of, the disabled are extremely limited.

Pastor Lee used to be one of these parents – one who prized physical beauty above all else, and could not fathom caring for a disabled individual – until 27 years ago, when his wife gave birth to a tiny little boy who was clearly less than “perfect.” Cerebral palsy and a massive cyst on the infant’s head had left the little one severely brain-damaged, his body broken. Lee rushed the infant to a nearby hospital, where he concealed the “defects” and his son’s condition even from his wife, for an entire month.

The bereft man says that in those early days he cried out to God, “Why would you give me a handicapped child?” and began to question his faith. Yet as he and his wife cared for the entirely helpless, tiny newborn, both began to realize the preciousness of life, the intrinsic value of a person made in God’s image, and began to do everything they could to help their son, whom they named Eun-Man – “full of God’s grace” – survive. The child’s first fourteen years in a hospital meant a significant financial burden, resulting in the need to work long hours at a variety of jobs – really, anything Lee and his wife could find to provide the resources to care for their son. Yet Lee found ample time to spend not only with his son, but visiting the other special-needs children in the hospital and ministering to them and their families. Six years after Eun-Man was born, Lee Jong-Rak, whom many families in the hospital already called “pastor,” began theology school, to become a full-time minister of the gospel he was already living out.

Over the next few years, Lee was asked to care for the brain-damaged daughter of an elderly woman he had met at the hospital, and a short time later, he also became the guardian of an infant born to a 14-year-old mother who had abused both alcohol and drugs during her pregnancy, causing her daughter to be born severely disabled. This little girl, Hannah, was the final push Lee needed to become radically proactive in his stand for life. Hannah lived six years, despite a life expectancy of only a few months, and at her death, Lee grieved deeply, vowing that he would never turn away a challenged child. He adopted or gained legal guardianship of a number of disabled children and then, in 2009, installed what would become known as “The Drop Box.”

The drop box is a metal container installed on the side of Lee’s home and ad hoc orphanage. Outfitted with gentle warming lights, soft blankets, and a sign which reads, “This is a facility for the protection of life. If you can’t take care of your disabled babies, don’t throw them away or leave them on the street. Bring them here,” Pastor Lee’s drop box has become a safe haven for the weakest of South Korea. Mothers are permitted to leave their infants in the drop box, which will cause a bell to ring inside Lee’s home, signaling that another little life is now under his care. As of today, Lee has taken in more than 30 children, most of whom remain under his care, though a few now live again with their parents. Their disabilities cover the gamut of possibilities, from Down syndrome to simple hand deformities, yet all are perfect in their new father’s sight.

Pastor Lee’s story is now making national news, through the work of another man living as a testament to what “just one man” can do – young film director Brien Ivie, who recently won the most prominent Christian film festival award this past February for his full-length documentary on the work of Pastor Lee, entitled The Drop Box.

In 2011, Ivie saw a story the Los Angeles Times ran on Pastor Lee, and  he realized that Lee’s life displayed a truth that shouldn’t be forgotten when the story fades. He began raising funds for a documentary and soon flew, with his crew, to South Korea to begin filming. Much like Lee, Ivie’s life was radically changed by the the tiny children society had deemed worthless. “[I saw] all these kids come through this drop box with deformities and disabilities,” Ivie said, when he accepted the “Best Sanctity of Life Film” for his work,  “and eventually — like a heaven flash — I realized that I was one of those kids too; that I have a crooked soul, and God is a father who loves me still.”

Speaking passionately, and at times tearfully, about what he learned through Pastor Lee’s work, Ivie touched on what he believes is the greatest truth, and greatest beauty, portrayed by the pro-life movement – the reason for why life has value. Not because of mere DNA identifying a particular life as “human,” but because it bears the image of God, and because defending life paints an earthly picture of a Redeemer’s love for His own children. “This world is so much about self-reliance and self-esteem, self-worth, and these kids … can’t be self-reliant, because they have these disabilities. The total illusion is that we can be self-reliant, because we rely on God for every breath that we take. And the day that we stop realizing that we are disabled is the day that we stop fighting for Christ as the only one who enables.”

Ivie is currently in negotiations with a major studio to release the film all over the world this fall, and pro-life advocates are encouraged to join the mailing list on the movie’s website and Facebook page (also linked on the website) for updates. Then be encouraged, exhorted, and spurred on by the reality of what “just one person” can do and, as Ivie intends to do with the award grant, choose to “tell the plainest truth” instead of  “the most sophisticated technological lie.”