Those in favor of abortion are put in the uncomfortable position of advocating something inherently negative.

Of all the mischaracterizations and stereotypes of the pro-life movement, I think the most desperate is that we are a small movement of grumpy men who hate women (probably because we were too dumb to attract them in the first place) and just want to enforce our judgmental and narrow-minded views on people to control them. This image depicts us as frustrated and joyless people – the mean guys taking things away from others. In a society without any clear moral standards or any solid idea of what is right and wrong, the worst thing is the guy who’s just being “mean.”

But this gives the whole game away, because it deliberately steers the conversation away from abortion. It’s as if abortion is universally accepted as negative. That’s why it’s so desperate! This mentality is already rooted in some idea that abortion is not a happy affair, at best some necessary evil, something shameful and uncomfortable. The language of the other side in a way almost presupposes the pro-life position – abortion is not good. It’s their awkward attempt to rationalize and reconcile the fact that they are standing for a procedure that kills.

Those in favor of abortion are put in the uncomfortable position of advocating something inherently negative. Despite frantic attempts on the part of the media to make abortion a political term (one of those issues, like gas prices and the economy), to normalize it into our language, the fact remains that the procedure kills an innocent human being. The issue is simple. One side is fine with killing babies in the womb (however many justifications they want to dream up, the bottom line is that they’re still okay with it). The other side isn’t. However much you want to rationalize around that, standing for a woman’s right to have her child killed isn’t exactly a catalyst for joyful enthusiasm. What little enthusiasm there is pretty much surfaces as an immature temper tantrum.

Hence, you have pro-choice rallies that consist of angry shouting of slogans that have little or nothing to do with the issue (to redirect the whole matter to a “woman’s rights” issue), to somehow twist this to be about liberty (even though it be a license to kill…). The pro-lifer may joyfully, righteously, and fiercely proclaim (like an act of rebellion) that she is against abortion because it is murder, and that she affirms the dignity and value of every human life. To which the pro-choicer may only awkwardly stutter and bluster in response, “I believe in a woman’s right to choose.”

Thus, it is our side that is grounded in a rock-solid, firm, and immovable reality: abortion is wrong, because life is good and beautiful and precious. We’re fighting for something very 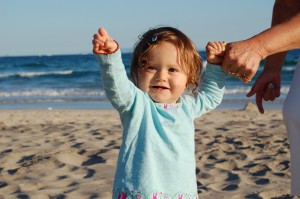 precious and noble here, and this should fill all of us with a real sense of pride and joy. We believe in the joy of life, that life is worth living no matter what! That life is objectively great and good, regardless of circumstances. Our side has something to fight for, and what we’re fighting for isn’t going to go away. People on the other side hardly even knows what they’re fighting for (their goals keep “progressing”).

And it is because of this that we must be labeled, we must be misrepresented and stereotyped. Insofar as we are against abortion because we think a baby has a right to life, we aren’t the “mean side.” As long as society sees us as a positive movement affirming something very good and fighting against something evil, the abortion advocates won’t get anywhere. Thus, their labels are born out of pure desperation.