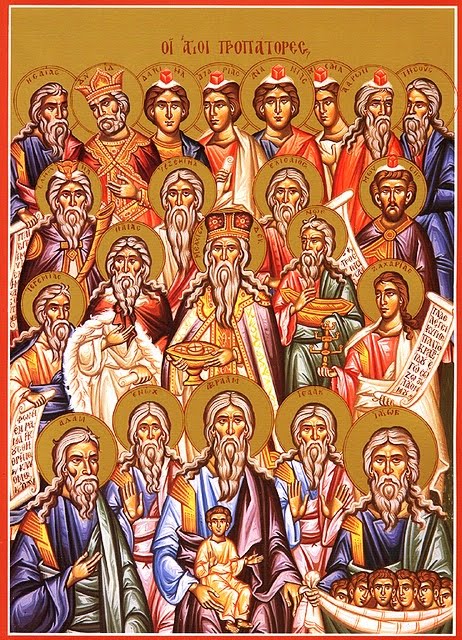 What did the early Christian authorities really think of abortion?

One of the arguments the Roe court used was this: “It perhaps is not generally appreciated that the restrictive criminal abortion laws in effect in a majority of States today are of relatively recent vintage. Those laws, generally proscribing abortion or its attempt at any time during pregnancy except when necessary to preserve the pregnant woman’s life, are not of ancient or even of common law origin. Instead, they derive from statutory changes effected, for the most part, in the latter half of the 19th century” (emphasis mine).

One major defense they provided for the above claim is that there was little agreement about abortion in Christian theology. The Roe court “argued” that the Christian thinkers adopted Aristotle’s three-stage theory of life. According to this theory, the three-stages of life are these: the vegetable stage, the animal stage, and the rational stage. The vegetable stage is coextensive with the stage of conception. The animal stage is reached when there are signs of “animation.” The rational stage is not reached until birth.  Moreover, the Roe court asserted that although there was little agreement about this, Christian theology held that the animation stage for male is at 40 days and for female it’s at 80 days. According to the Roe court, the animation stage is the morally relevant stage for Christian theology. For instance, in one place, the Roe court says: “Christian theology and the canon law came to fix the point of animation at 40 days for a male and 80 days for a female, a view that persisted until the 19th century, there was otherwise little agreement about the precise time of formation or animation. There was agreement, however, that, prior to this point, the fetus was to be regarded as part of the mother, and its destruction, therefore, was not homicide” (Page 410 U. S. 135, emphasis mine).

The Roe court, as I shall show, is mistaken here. The Church Fathers (the teachers and representatives of the Church’s doctrines)—at least the ones that have something to say about it—are more in agreement about abortion than the Roe court made them out to be. Because of space limitations, I shall restrict my attention only to the early thinkers of the Church. Nevertheless, I do think a more exhaustive account can be given, though I do not intend to give one here.

As far as I can tell, the Roe court hinged their case on only two figures in Christian history: St. Augustine and Thomas Aquinas. First, although St. Augustine and Aquinas are important figures in the West, they are not the mouthpiece of the Church. And second, their conclusions were led by mistaken and outdated Aristotelian biology. Had they known better, I doubt they would have made the claims they made. At any rate, there are plenty of other early Fathers who taught otherwise. After evaluating these Fathers, it should become clear that St. Augustine and Aquinas are verging away from the majority of the early Christian thinkers.

Now consider the following teachings by early Christian thinkers about abortion in general. The first passage comes from the Didache (Greek for “teaching”), which is usually dated as early as the end of the first century: “…you shall not murder a child by abortion nor kill that which is begotten” (chapter 2). This statement is as clear as it gets. The second passage is from St. Barnabas from the early second century: “You shall love your neighbour more than your own soul. You shall not slay the child by procuring abortion; nor, again, shall you destroy it after it is born” (The Epistle of Barnabas, chapter 19). St. Basil the Great (c.330-379): “Women also who administer drugs to cause abortion, as well as those who take poisons to destroy unborn children, are murderesses” (Letter 188, to Amphilochius concerning the canons, section 8). Notice here how St. Basil is not making any distinctions about what stage in the pregnancy is okay to administer drugs to cause abortion. The same thing is echoed in the Quinisext Council (c. 692): “Those who give drugs for procuring abortion, and those who receive poisons to kill the foetus, are subjected to the penalty of murder” (Canon 91). This was a very large council that represented the ideas of numerous Christian thinkers. Tertullian of Carthage (c.160-230): “In our case, murder being once for all forbidden, we may not destroy even the foetus in the womb… To hinder a birth is merely a speedier man-killing; nor does it matter whether you take away a life that is born, or destroy one that is coming to the birth” (Apology, chapter 9). These examples can be multiplied. But what we have should be sufficient to show that nowhere in those quotes is there a distinction being made between any stages of life. For the Fathers, abortion is unequivocal murder.

The Roe court provided no good evidence that the Church adopted, in large, the Aristotelian three-stage theory of life or that the Church thought that the three-stages are morally relevant. The above quotes certainly do not seem to be making any such distinctions. Moreover, there is good evidence to suggest that some of the early Church Fathers explicitly rejected it. Consider what St. Gregory of Nyssa (c.335-394) says here: “For our purpose was to show that the seminal cause of our constitution is neither a soul without body, nor a body without soul, but that, from animated and living bodies, it is generated at the first as a living and animate being, and that our humanity takes it and cherishes it like a nursling with the resources she herself possesses, and it thus grows on both sides and makes its growth manifest correspondingly in either part:— for it at once displays, by this artificial and scientific process of formation, the power of soul that is interwoven in it, appearing at first somewhat obscurely, but afterwards increasing in radiance concurrently with the perfecting of the work” (On the Making of Man, chapter 30, section 29). Here St. Gregory is clear about when the soul is attached to the body. It’s attached at conception. In a different passage, he makes this even clearer: “But as man is one, the being consisting of soul and body, we are to suppose that the beginning of his existence is one, common to both parts…” (On the Making of Man, chapter 29, section 1). St. Gregory is an important figure in the history of the Church. Much of his thought was highly influential throughout Christendom.

Likewise, St. Basil the Great exclaims that the “formed/unformed” distinction is morally irrelevant. Consider what he says here: “The woman who purposely destroys her unborn child is guilty of murder. With us there is no nice enquiry as to its being formed or unformed. In this case it is not only the being about to be born who is vindicated, but the woman in her attack upon herself; because in most cases women who make such attempts die. The destruction of the embryo is an additional crime, a second murder.” (Letter 188, to Amphilochius concerning the canons, section 2, emphasis mine). The formed/unformed distinction here is referring to whether the embryo is well formed or not. To St. Basil that question is irrelevant. And hence his thoughts are in opposition to the claims made by the Roe court.