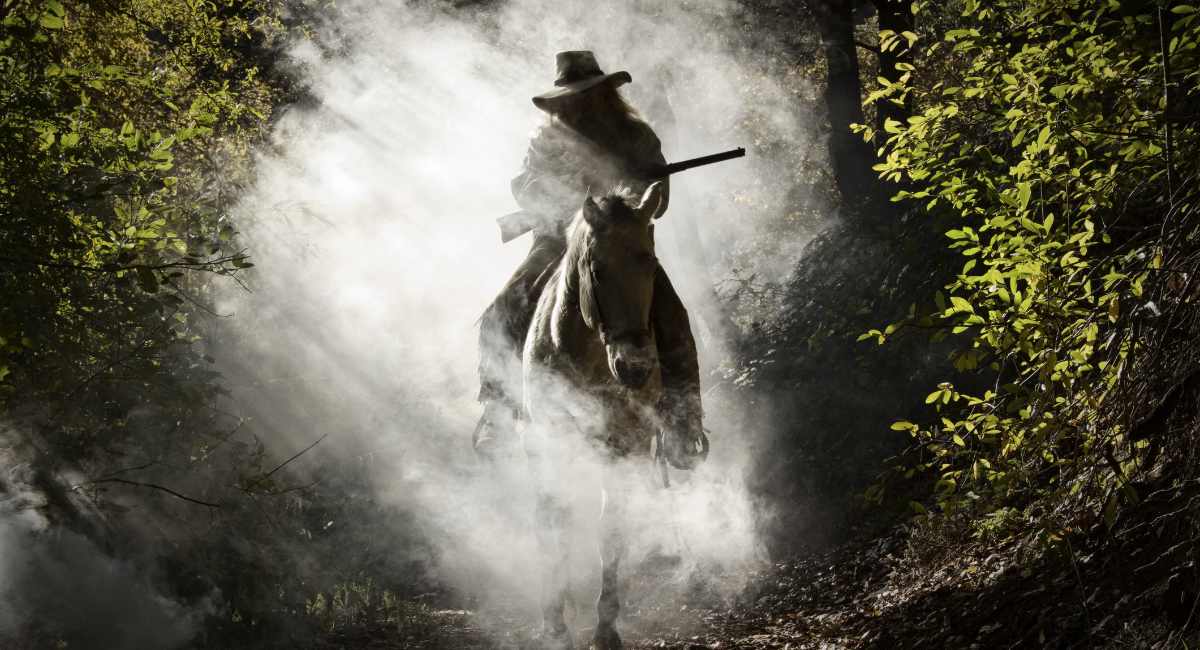 Abortion proponents are conjuring up images of rogue citizens in the wild west of Texas by claiming that the state has created an “abortion bounty” in an attempt to smear a new state law prohibiting abortion after a preborn child’s heartbeat can be detected. The actual legislation makes no direct reference to a “bounty,” but a section of the law allows any person to sue those who aid and abet in the killing of a preborn child by abortion; if successful, a monetary sum may be awarded to that person for statutory damages. The woman obtaining the abortion is excluded from penalty.

Texas Senate Bill 8, or the Texas Heartbeat Act, was signed into law by Texas Governor Greg Abbott in May of 2021 and is set to go into effect on September 1, 2021. Yet, weeks after the law’s passage, abortion advocates and their media friends all appear to be working from the same script, referring to the potential awarded damages as an “abortion bounty.” 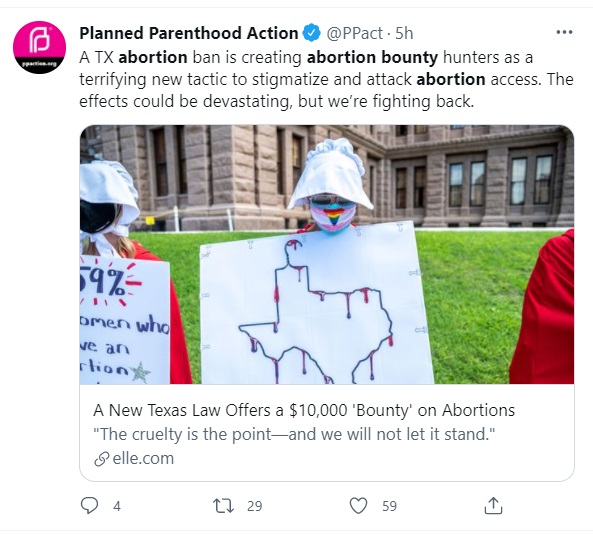 Historically, the abortion industry has driven its message by using inflated terminology and fear. From the onset of abortion decriminalization, the industry intentionally misled the American public by grossly inflating the numbers of women they claimed had died from illegal abortions. Then, when they wanted the Supreme Court to legalize abortion, they changed course and claimed abortion was safe, admitting that most of the illegal and allegedly dangerous abortions were being carried out by medical doctors.

Over the past week or so, the drumbeat over the alleged “abortion bounty” has grown louder, with outlets like Elle.com headlining its report on SB8 with, “Texas Is Offering A $10,000 ‘Bounty’ On Abortions. Here’s Everything You Need To Know.” Fortune.com headlined its piece, “New Texas law opens up abortion bounty hunting,” while RollingStone.com’s headline read, “An Abortion Provider Discusses His Biggest Fears Over Texas’ Abortion ‘Bounty’ Law.” 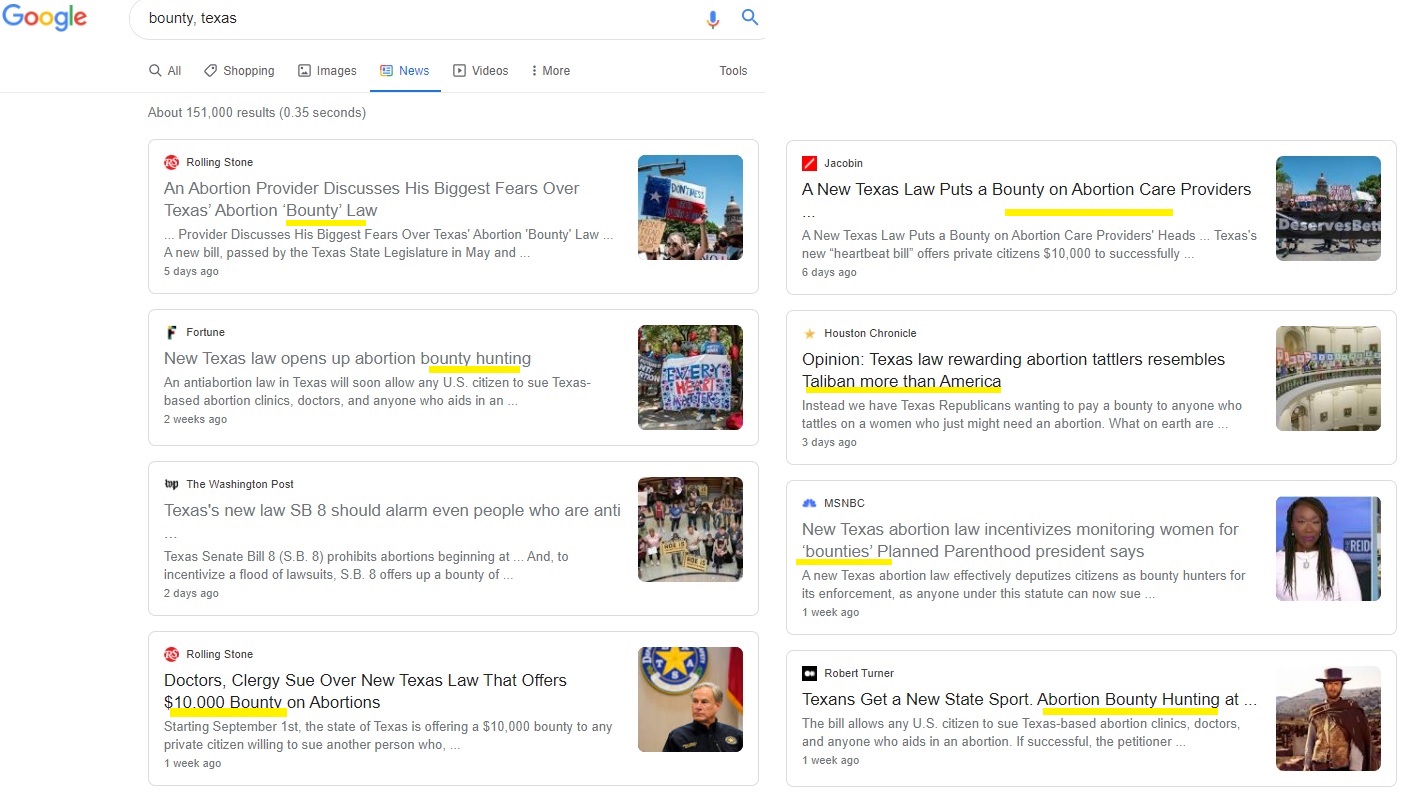 “Instead of outlawing abortion outright, the new law empowers private citizens to sue doctors… as well as anyone else who ‘aids and abets’ an abortion — family members who drive patients to the clinic, faith leaders who provide counseling, abortion funds — for $10,000 each,” Rolling Stone wrote.

What does the law state?

The law states in part, “The requirements of this subchapter shall be enforced exclusively through the private civil enforcement actions described in section 171.208…”

The law does allow for “statutory damages of not less than $10,000” — otherwise deemed as “injunctive relief”— which lawmakers determined should be “sufficient to prevent the defendant from violating this chapter or engaging in acts that aid or abet violations of this chapter.”

Propagandized, inflated rhetoric: A favorite tool of the abortion industry

On July 21, Planned Parenthood Texas Votes spokespersons took to Facebook Live, stating that the Texas law’s provision “means that doctors, nurses, health care workers are at risk of being sued by any anti-abortion vigilante.”

And even though the law clearly states, “a civil action under this section may not be brought by a person who impregnated the abortion patient through an act of rape, sexual assault, [or] incest…” the broadcast included Texas State Representative Donna Howard’s false claim that SB8 would allow “a rapist or abuser” to “sue under the cause of action.”

On July 13, Planned Parenthood president Alexis McGill Johnson claimed on MSNBC, “[N]ow you are creating a universe where anybody can be incentivized to the perverse incentive to come in and to actually say ‘you know, I’m going to figure out what happened to Becky’s pregnancy, and did she terminate it or not, and go seek information in order to get this bounty.”

In an op-ed recently published by the Washington Post, authors associated with two pro-abortion organizations (Julia Kaye, Staff Attorney with the ACLU and Marc Hearron, a Senior Counsel at the Center for Reproductive Rights) referenced the inflated “bounty” terminology by writing that the Texas law would “incentivize a flood of lawsuits” adding that “S.B. 8 offers up a bounty of at least $10,000 per violation proven, payable by the abortion provider or assister to the person who sued them.”

The Center for Reproductive Rights then doubled down on Twitter, writing, “The Texas law, #SB8, also encourages *anyone* to act as a bounty hunter by awarding $10,000+ to anyone who successfully sues another person for providing or assisting an abortion after six weeks. #SB8 is set to take effect on September 1. #TXDeservesBetter”

Calling the awarded damages a “bounty” is exaggerated rhetoric

Merriam-Webster Dictionary defines a “bounty” (used by abortion proponents) to include “a payment for the capture of or assistance in the capture of an outlaw.” In contrast, Cornell Law School, the definition of “statutory damages” (used in the Texas law) as, “predetermined payments established by law to compensate for certain injuries. Statutory damages are sometimes made available because it is too difficult to calculate actual damages.”

The law does not encourage “abortion hunters” or “anti-abortion vigilantes” to capture abortion providers or anyone assisting a woman to procure an abortion for “payment” — and the abortion lobby knows this. In fact, just prior to its passage, Planned Parenthood Votes, the political action arm of the organization in Texas, never described the provisions of SB8 as a “bounty.”

Instead, the script PP Votes advised their supporters use when calling their representatives read in part, “This bill is a near total ban on abortion and would allow anyone to sue abortion provider and anyone who helped a person obtain an abortion…”

A search of the term “bounty” at the PP Votes website at the time of the writing of this article turned up zero matches.

Likewise, in denouncing the signing of SB8 into law in May, NARAL also described the law’s enforcement mechanism as “a civil suit” not as a “bounty.” And after multiple abortion providers filed a lawsuit over the legislation (which hasn’t even taken effect yet), NARAL Pro-choice Texas did not mention a “bounty” in their press release.

But now that a lawsuit has been filed, the industry has apparently invented this exaggerated talking point about an alleged “bounty” to garner support. 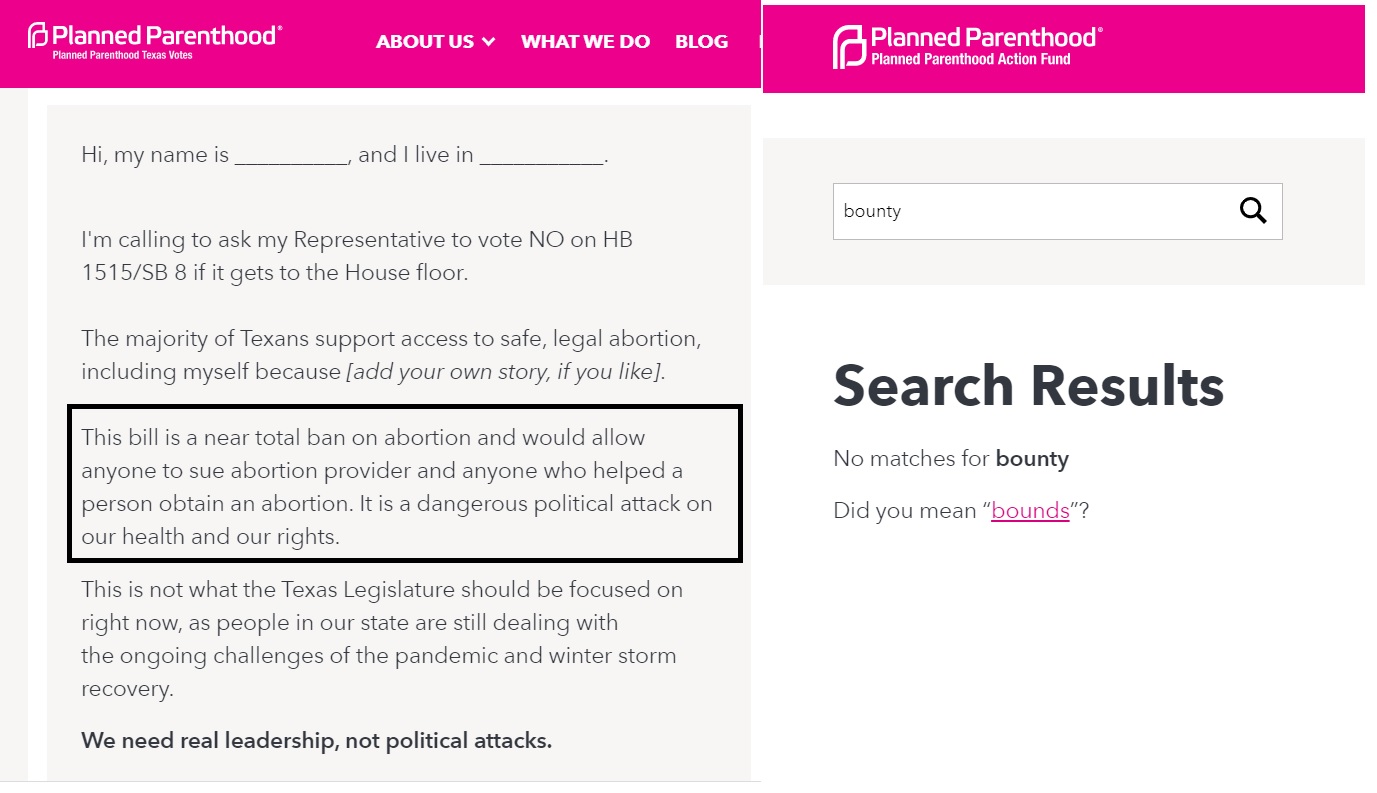 Abortion is a violent act which targets a vulnerable human being in his or her mother’s womb. The abortion industry knowingly slaughters hundreds of thousands of preborn babies each year using some of the most gruesome “procedures” imaginable. In addition, the industry hides facts about the development of their victims for profit; at times, they even physically injure or kill their own abortion customers. The only ones being targeted are the actual victims, innocent little babies in their mother’s womb.

And all this talk about a “bounty” is just another way for the abortion industry to distract the American public from what is actually taking place.