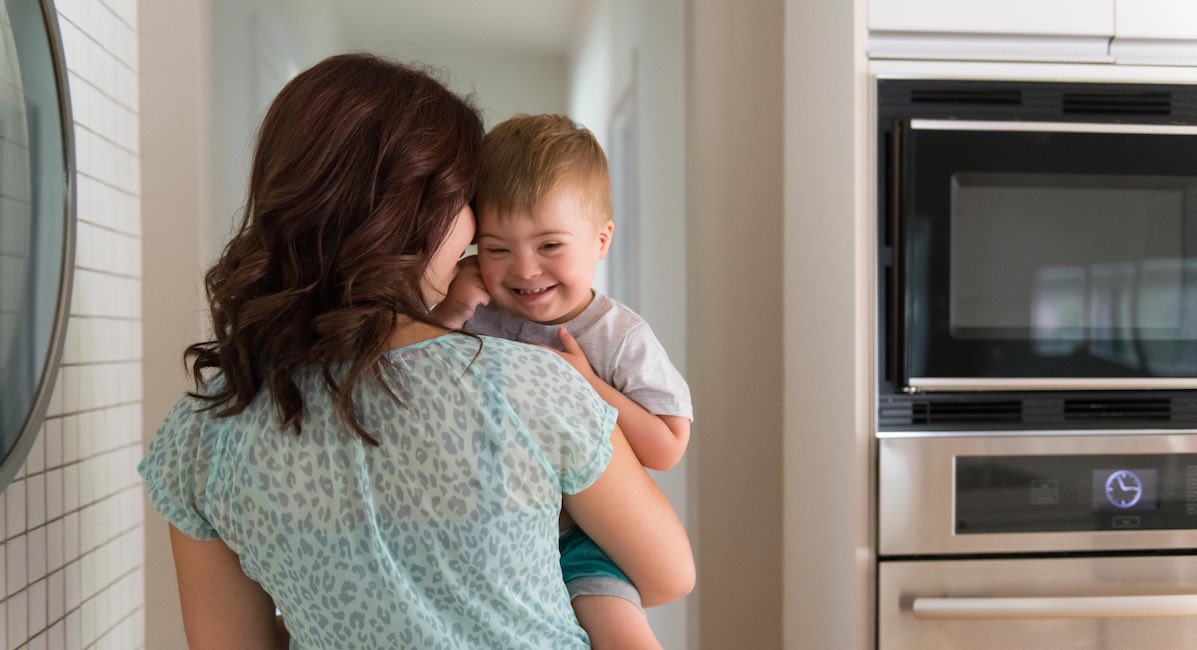 Tennessee residents with developmental disabilities are celebrating, as July 1 marked the effective date for a law that made them eligible to receive organ transplants.

ABC’s News Channel 9 reported on the young poster child whose story became the impetus for passage of the new bill. At just five years old, Cora Hall of Athens, Tennessee, has already lived through multiple major surgeries to manage the complications of Down syndrome.

Cora’s mom, Ashley, described her daughter, saying, “She’s just a five-year-old spunky little girl that loves life, and she loves hard. She loves to dance and sing, and she’s just a true joy. She just enjoys life every day.” Cora has already undergone more major surgeries than many adults will face in a lifetime. “She’s had two open heart surgeries, she’s had a major airway surgery as well, a few minor surgeries and we just never know what tomorrow holds,” Ashley said.

After Cora’s first open heart surgery in 2019, Ashley recognized for the first time that her daughter might need an organ transplant in the future. After learning that some residents with disabilities were denied the opportunity to receive an organ transplant, Ashley decided to take action. “I feel like they think after the transplant they’re not able to care for themselves or to take the necessary life-saving medications, which is an assumption,” she said. She further shared, “Seeing (Cora) laying there, knowing that she could be denied a heart transplant, I knew that my voice needed to be louder.”

Ashley’s to-do list included meeting with state Senator Mike Bell, who is himself the grandfather of a child with Down syndrome. 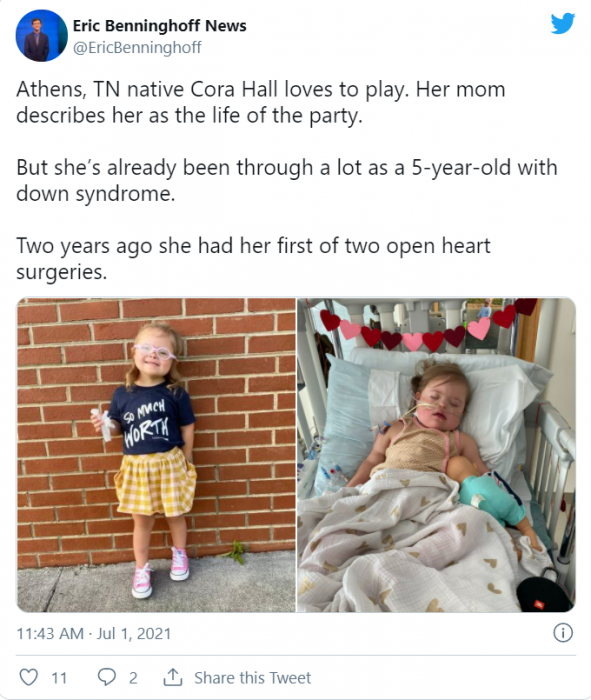 Bell willingly took action to author the legislation, which “makes it official that we’re not going to allow discrimination against people with developmental disabilities when it comes to receiving organ transplants.” He further noted, “It reflects on a culture’s values if we do treat all life the same.”

Cora’s family is grateful for the new bill, as Ashley commented, “I find peace now in knowing this has passed, that if she were to ever need an organ transplant, that she can be equally considered.”

The National Down Syndrome Society website notes that legislation is being considered at the federal level to “(prohibit) discrimination by health care providers and entities associated with organ transplant against individuals seeking an organ transplant based on their disability,” as the logical extension of the Americans with Disabilities Act (ADA) of 1990. According to the NDSS, “the Charlotte Woodward Organ Transplant Discrimination Prevention Act will ensure that a person’s capacity to comply with post-transplant treatment requirements is not a significant reason to deny them a transplant procedure.” In the meantime, Tennessee is now one of 26 states with a law in place to protect residents with disabilities from transplant discrimination.

Tennessee’s new bill to prevent transplant discrimination against residents like Cora is just the latest pro-life legislation to come down the pike. In April, Live Action News reported on the passage of a law mandating the respectful handling of aborted fetal remains through either burial or cremation, though the law does not apply to abortions performed at hospitals. Also in April, a federal appeals court ruled that a 48-hour-waiting period before abortions should remain effective while the law’s constitutionality is being worked out in the courts. The state has also taken action to promote best outcomes for foster care children and parents in the state.