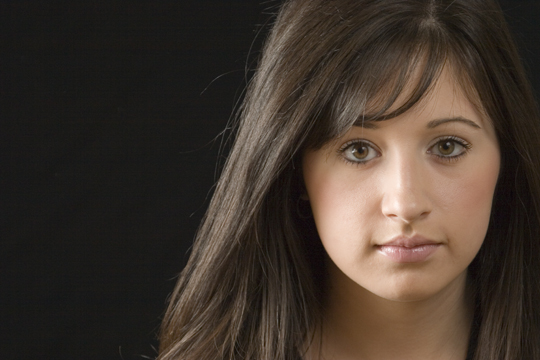 Intelligent and thoughtful teens are getting a bit tired of the nonstop push by the free love generation that makes women into a perpetual and reusable sex objects.

Editor’s Note:  This article was co-written with Eleanor Francis and was first printed, in a similar version, at Homeschooling Teen on April 1, 2013. It is reprinted with permission. You can read Part 2 here.

Federal Judge Korman’s recent unprecedented decision to force the FDA to make over-the-counter (OTC) sales of Plan B emergency contraception available without age restrictions has met with resistance by the Justice Department. To some, this must surely raise the question of why all hormonal contraceptives are not OTC. After all, the hormonal pill has gained popular acceptance by advertisers, medical professionals, and a pregnancy-adverse society in general. Yet is the risk of steroids really nominal, as Americans are led to believe?

Well, let’s see. In addition to the cancer risks already mentioned in parts 1 and 2 of this article, teens can permanently jeopardize their heart health when they take estrogen and progesterone, and they unknowingly face severe, lifelong dangers as well as death while on the Pill. Specifically, synthetic hormones contribute to risks associated with heart disease, and teens are in no way immune.

Steroids are known to cause risks of heart disease

It is well-established that steroids – and both oral contraceptives and Plan B are steroids – put girls at risk for a long list of effects, including not only migraines, depression, and even suicide, but also high blood pressure and blood clots – as noted in medical jargon and microscopic print of the package insert that no teen reads, ever. Besides failing to interpret statistical and other information for patients, objections to OTC sales specific to teen use range from an increase in the STD rates (already sky-high among teens), a concern that contraception and Plan B can provide a cover-up for sexual abuse (especially chilling given the recent decade-long sexual abuse case in Cleveland),  and the failure even on the most basic promise to limit unintended pregnancies or abortions.

Essentially, Plan B is a hyper-dose of the Pill – the body is bombarded with a harmful excess of hormones. The demand to remove age restrictions is a clear indication of pushing a feminist agenda – not, after all, picking up a bottle of a benign medication such as aspirin together with a pack of bubble gum. Any medication presents risks, people will say, but the potential for abuse with OTC sales together with the heart health risks steroids present far outweigh any perceived benefit, and teens, who stay on the Pill longer than older women, unknowingly place their lives in greater danger. This situation would not be improved by OTC sales of steroids.

Sexual license as celebrated by our “hookup” culture first came into political consciousness during the “free love” anti-Vietnam War era. “Make love, not war” was a popular slogan, but the old-guard feminists redefined lovemaking along lines dictated by the Pill. In addition to assuming that Plan B can replace hormonal contraception, young women are misled to think that Plan B acts only to prevent ovulation, a violation of informed consent. Who is there to explain the mechanism by which Plan B can act as an abortifacient? The overriding concern of sixties feminists who shaped the current public health establishment is rather that young women allowed to go off their medicine become pregnant. Teens and their parents rely on these sexual rights “experts,” who essentially conspire to market steroids to girls, presented as the gold standard in pregnancy prevention. Boston Children’s Hospital’s website, for instance, erroneously states: “There is no increase in the risk of heart attack or stroke in healthy young women who take birth control pills and don’t smoke.” Scuse me? There are well-documented serious risks from synthetic estrogen and progestin, and chief among them is the increased risk of blood clots. From their first appearance, hormonal contraceptives have had a known risk for blood clots, and studies continue to link the newer combination pills to high blood pressure and cardiovascular disease as well as bladder disease, strokes, and inflammatory bowel disease. And don’t forget sexual dysfunction.

Still, the perceived benefit, for old-guard feminists, is pharmaceutical protection from unexpected pregnancies. Speculating on what motivates our Woodstock culture and its love affair with chemical castration calls to mind the specter of aging hippies acting out the role of sexual libertines pushing girls to medicate themselves to avoid pregnancy. Since sexual expression was their defining moment as the free love generation, they insist on liberating sexual expression from every restraint, no matter the empirical data showing the negative fallout.

Steroids make the heart work harder, so it’s not surprising that girls are now getting high blood pressure like never before. The effects are additive – not good, since teens tend to eat junk food diets and take other lifestyle risks. One study concluded that when teenage girls who already have a propensity toward risky behavior are placed on hormonal contraceptives, they exhibit an increased risk of cardiovascular problems. For this reason, the author of a recent study, Dr. Chi Le-Ha of the Royal Perth Hospital, advises that “teenage girls taking oral contraceptives should be advised about regular blood pressure monitoring[.]” Considering the risks, this is wise, yet teens are known to be reckless. In fact, recent neurological research has established that teen brains are still developing planning skills, impulse control, and decision-making abilities. Of the teens who take steroids, sure, there may be one or two who are inclined toward regular blood pressure monitoring – assuming that they even know that this is recommended.

Long-term harm to teens from steroids

But who will monitor teens for potential health risks? Over time, arteries take a beating from high blood pressure, and heart disease – known as the silent killer – now strikes young teens. One conclusion indicated that the substantial differences in blood pressure found in a study of oral contraceptive use “are likely to significantly affect their risk of both ischemic heart disease and stroke in adulthood.” Elevated blood pressure affects the arteries; heart attack, stroke, and kidney problems can result, and even if the percentage is small, the large number of women currently on the Pill means a large number are at risk.

Increased production of plaque is yet another serious outcome of steroid use. Referencing a study done in Belgium, Rachel Martin notes that women taking the hormonal pill increased their chances of developing arterial plaque, a known risk factor for heart disease:

If more teens and their parents were adequately warned of such life-threatening risks, sales for hormonal birth control – emergency or otherwise – would diminish, as they do not treat disease.  The question to ask is whether convenient contraception is really worth endangering the lives of teens.

A related concern is that those taking certain oral contraceptives may “have exposure to an agent that is reducing blood vessel flexibility, because it could be associated with the development of heart disease or related problems.” In India, where steroids are sold without a prescription, doctors are noticing an increase in deep vein thrombosis (DVT), a vascular disease, “diagnosed through a host of symptoms that include pain in the chest, swelling and pain in muscles and legs, and pulmonary or heart-related complications.” A blood clot in the lung or in an arm or leg is not an acceptable risk. One healthy woman asked the ER about her pulmonary embolism: “They shook their heads and informed me that they regularly encountered otherwise healthy young women with blood clots, almost all caused by birth control. I was blown away. I’d been taking birth control for almost a decade, and not once had a doctor ever taken the time to talk to me about the symptoms of blood clots. No one had ever warned me that this had even the slightest real possibility of happening in my life. I felt betrayed.” This is not comparable to taking a few too many aspirins.

What the Pill delivers to teens: unplanned pregnancy, disease, and infertility

Others point out that access to contraception and Plan B has not delivered. The Pill and Plan B have not decreased the number of unplanned pregnancies or abortions, as people are popularly led to believe. As a girl’s cervix is more vulnerable than a woman’s and her body chemistry is changed by steroids, she becomes more susceptible, and teens who may engage in sexual experimentation are at greater risk for sexually transmitted diseases. Finally, girls who take hormonal contraception for an extended period of time may be training their ovaries to shut down. According to Dr. Zava, “[s]uppressing ovulation deprives the body of natural hormones produced by the ovary that are needed for proper growth and development, including pregnenolone, testosterone, androstenedione, DHEA and the estrogens. When ovulation is suppressed for years by birth control pills, not only is the body deprived of its natural hormones, the ovary can forget how to ovulate.” In a book called The Pill: Are You Sure It’s For You?, authors Bennett and Pope comment: “Contraception methods based on the idea that your cycles and fertility are a problem, except when you want to conceive, are by definition not going to be fertility friendly.” When ovulation is stopped, women no longer receive progesterone, and that leads to fibroid tumors and ovarian cysts, leading to hysterectomies. Steroids affect a girl’s development of reproductive function, with infertility as one potential result. As has been shown, however, loss of motherhood is just one price teens may pay for adopting the morally bankrupt, self-centered lifestyle of their free love elders.

This article has covered just a few of the most life-threatening effects of hormonal contraception. Most teens who have been involved sexually regret that decision. Based on the additive and combined risks and negative effects of hormonal contraceptives – and now the Plan B morning-after pill being pushed on girls – intelligent and thoughtful teens are getting a bit tired of the nonstop push by the free love generation that makes women into a perpetual and reusable sex objects.