Editor’s Note:  This article was co-written with Eleanor Francis and was first printed, in a similar version, at Homeschooling Teen on April 1, 2013. It is reprinted with permission. You can read Part 1 here.

Adolescence is a time of rapid physical and psychological changes making teens especially vulnerable to the risks hormonal contraceptives represent. The number of insured teens on the pill has increased by as much as 50 %. This is at least in part because of parental acceptance of the pill as a safe birth control method.

However, this widespread acceptance has resulted from a misinformation campaign that ignores long-term studies. Online medical guidelines minimize risk, likening the pill to other medications in familiar terms, emphasizing routine advice not to smoke and take the pill. These so-called experts do little to warn parents or teens about the pill’s exceptional dangers.

In fact, the blanket reassurances on typical “medical advice” websites suggest that there is not just a lack of information but a misinformation campaign in progress.  As a result, a teen taking a street drug knows more about the risk she runs than the majority of girls placed on hormonal contraceptives.

As noted in Part 1 of this article, the sexual revolution of the sixties paved the way for Big Pharma to market contraceptives to teens, and there has long been too vested an interest between the pharmaceutical industry and the medical profession, for instance, with doctors sitting on the Food and Drug Administration.

Moreover, doctors and medical experts of all kinds are continually groomed by an industry that has a lot to gain from ongoing prescriptions of top selling drugs such as oral contraceptives. Of particular relevance, one study found accepting incentive items influenced the clinical decisions of OBGYN doctors who go on to prescribe accordingly, even when they have been educated about the effects of receiving gifts. Moreover, there can be underlying financial-interest for promoting the pill.

Our sexually liberated Woodstock culture has depended on pharmaceutical-based legitimation and distribution. Feminist dogma cemented the professional acceptance of the pill by claiming reproductive choice as an absolute category. The implications for the Hippocratic oath, however, are to be seen in the lack of informed consent that characterizes use of hormonal contraceptives. Informed consent is lacking because parents have been conditioned by the feminist-controlled medical establishments to regard steroids as an acceptable risk.

Cancer risks, understood by older women, but not passed down to teens

Dr.Chris Kahlenborn, MD, points out that no matter the delivery system, all hormonal contraceptives carry similar cancer risks, as they are officially classified by the World Health Organization as the most dangerous Group I carcinogens – you know, in the same category with cigarettes and asbestos. And despite the claim that the pill decreases the risk of uterine and ovarian cancer, it increases the risk for six times more common cancers of the breast, liver, and cervix – this is not a trade-off women want. 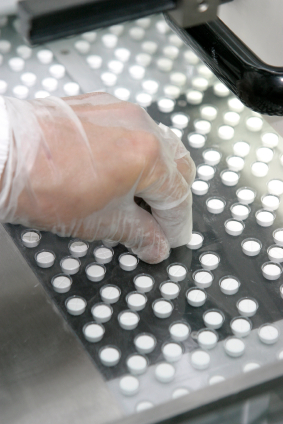 Older women, in other words, have gotten the memo and have rejected steroid use. The American Medical Association or AMA warned older women against taking steroids for menopause because it leads to advanced and deadly breast cancer. The elevated hormones in oral contraception are particularly dangerous for girls whose bodies are still in a rapid growth phase, and young women should on that basis be especially discouraged from taking steroids, yet the AMA has failed to caution younger women from taking the very same drug prescribed at six times the level of hormones used in hormone replacement therapy or HRT. So it’s okay to raise the alarm when prescribing steroids for a midlife issue but the current feminist medical establishment acts as a sort of old girls’ network or old guard whose job it is to maintain and promote teen access to hormonal contraception no matter what.

“Side effect”? Or serious medical problems?

Very little screening is involved in the case of the pill. Typically, online sites include brief mention of two concerns: a history of smoking and a family history of breast cancer, and these are framed as mild objections to be set aside as with milder drugs. To illustrate, an online medical advice page from the American Academy of Family Physicians states, “Smoking cigarettes and using the Pill can increase a girl’s risk of certain side effects.”

Would you list a life-threatening cancer with “side effects”? Such comments should amount to medical malpractice, since almost every medication carries a similar warning, and “side effects” suggests a minor annoyance. Young women who were placed on the pill at very young ages are showing up with triple negative breast cancer, one of the least responsive to treatments.  These girls would never wave off their breast cancer in one sentence as just a side effect.

We are not talking about just any medication and however autonomous, teens still look to older adults for guidance on medical issues. The neutrality with which information is presented is driving teens toward danger.

Again, this is clearly not just a “side effect” risk.

The other typical nominal warning is to consider family history of breast cancer. However, this is also not providing adequate guidance. Although they may not at the moment know of any relatives with breast cancer, teens should be cautioned that their family history often has not shown up yet. As Eve Sanchez Silver, Medical Research Analyst, Founder and Executive Director of Clear Research and Cinta Latina Research, points out, some of a girl’s family or inherited risk factors have not yet been identified at the time she agreed to take steroids or have an abortion.

Youth is not any guarantee of immunity and teens are not sufficiently warned of the pill’s life-threatening cancer risk. On one website (for the Boston Children’s Hospital) the parents are blithely presented with the briefest overview that fails to consider the body of evidence demonstrating the pill is a carcinogen. Instead there is an erroneous comment:

Most experts believe that taking the Pill does not cause any increased risk of getting breast cancer. Even girls with a family history of breast cancer can take the Pill.

Really? Estrogen can act as a mitogen, causing cells to proliferate unnaturally. Estrogen also damages DNA and in those cases acts as a carcinogen – as the medical experts at WHO established years ago. Hormonal contraception increases the risk for cancer. Despite an overall trend of decreasing breast cancer rates, a recent long-term study puzzled doctors by showing an increase in advanced breast cancer among younger women under 40. Increasing numbers of teens directly exposed to harsh steroids might be the place to start looking for answers.

Research on teens ought to be specifically important

Teens and their parents rely on medical experts, who routinely gloss over the cancer risks. Why does the Boston Children’s Hospital website fail to mention research on teens? For instance, starting on the pill before age 18 quadruples a girl’s risk for triple negative breast cancer. Moreover, a 2006 Mayo Clinic meta-analysis showed a 52% increase in breast cancer risk for women taking oral contraceptives four or more years before a full-term pregnancy.

Dr. Angela Lanfranchi, a breast surgical oncologist and co-founder of the Breast Cancer Prevention Institute, has explained the particular vulnerability of teenagers:

‘Because breast tissue remains susceptible to cancer until it undergoes a stabilizing transformation in the childbearing process,’ said Lanfranchi, ‘the pill is particularly dangerous to women who have not yet had their first child: perhaps the most popular demographic among pill users in the U.S.’

According to Dr. David Zava:

So, tell me again why we are subjecting the most at-risk population in the country to cancer exposure?

What little information that is provided is erroneous. According to Samuel S. Epstein, M.D., Professor of Environmental Medicine, many of the recent studies fail to capture long term, latent, or accumulated exposure to estrogen and similar testing for asbestos would have failed to identify it as problematic.

In addition, although presumed safer because they are lower in dose than the first generation pills, the current hormonal pills are being taken continuously for longer durations. Dr. Epstein concludes:

Clearly, unqualified claims on the safety of the current pill reflect interests of the pharmaceutical industry rather than scientifically well-based concerns on women’s health.

All too often, the truth remains hidden

Sometime after the pill came on the scene and some of its negative effects were recognized, a demand was made for patient information; hence, we now have the package insert, that when unfolded, could trail along the floor. While this is an effort to ensure informed consent, the drug information for hormonal contraceptives requires a good deal of explanation to be understood.

Parents and teens are told to ask their doctors, yet the lengthy time needed to review the research on the pill prohibits doctors from doing so except cursorily. In the past, professional organizations and the media could provide the necessary investigative journalism and calls for action. For this reason, Jenn Geroux, RN, blames the America Medical Association (AMA) as well as the media for the failure to alert the public:

Women deserve to be told the truth. They are not being warned that birth control methods are causing breast, liver, and cervical cancer.

Because the indisputable cancer risk for teens is generally ignored by both the media and the feminist medical establishment, the onus is on doctors to speak up on behalf of their patients. The Hypocratic oath and sense of professionalism once required that physicians and medical organizations refuse to advertise or work directly for drug makers. Contraceptives could not be supported accordingly because physicians pledged to prescribe only when necessary, and where benefits outweigh risks.

If there is a disease the pill is treating, what is the chemical test for that? Contraception addresses no disease. New contraceptive drugs are marketed to teens and their parents for non-disease use despite the cancer risks. In Part 3 of this article, other effects, including heart disease, will be explored.